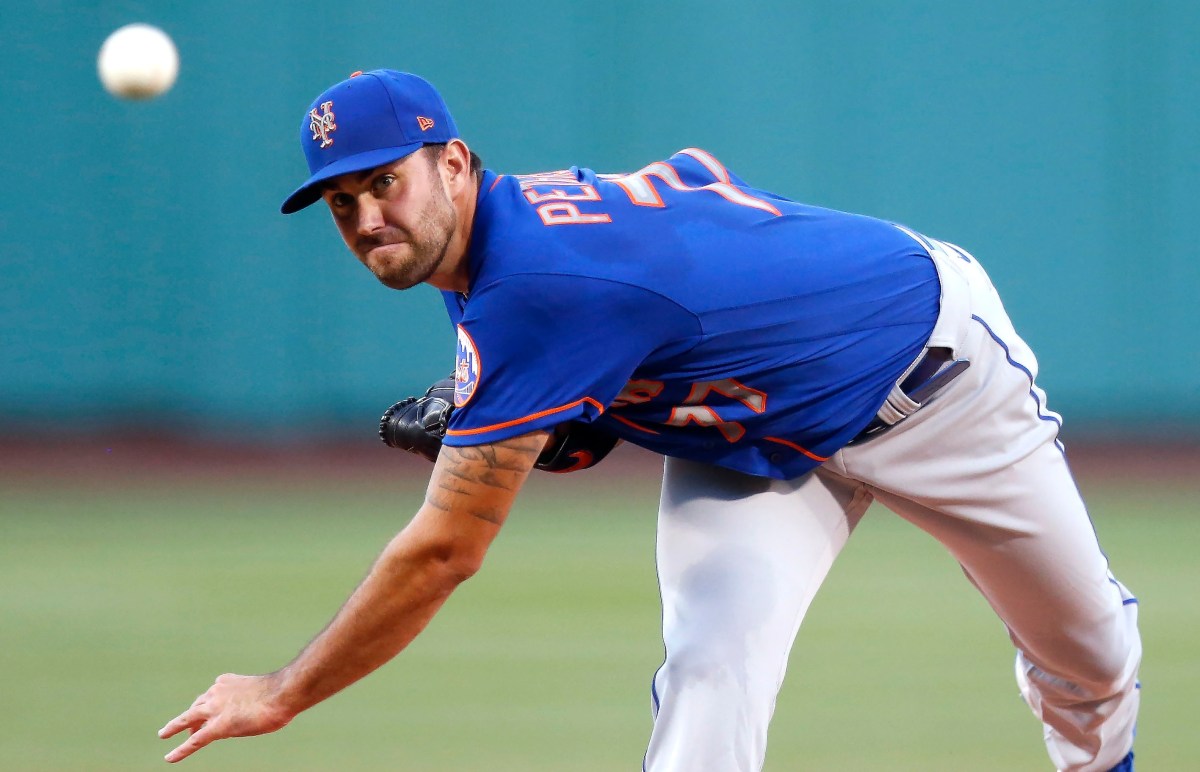 BOSTON – David Peterson earned his big boy pants on Tuesday night, leaving the mound in the sixth inning all grown so fast.

A major league debut can be scary enough, but for a left-handed pitcher acting in the legendary shadow of the Green Monster, the pressure can be strangled. And yet, here was Peterson in control against the Red Sox, perhaps to allay some concern about the Mets’ rotation.

Peterson mesmerized the opposition by leading the Mets to their second straight win, 8-3 at Fenway Park.

The defining inning for the left-hander was the third, when the Red Sox loaded the bases with no one, but scored only once on a bizarre double play that ended the picture. Overall, Peterson lasted 5² / ₃ innings and allowed two earned runs on seven hits with three strikeouts and two walks, and started after 78 pitches. He became the first Mets starting pitcher to win his MLB debut since Steven Matz on June 28, 2015.

Peterson, the Mets’ first-round pick in the 2017 draft, was not officially informed until Tuesday morning that he would take the place in the unoccupied rotation by Marcus Stroman, who last week was placed on the disabled list with a tear left calf. The Mets got to know Peterson at spring training and summer camp this year and were impressed with his poise.

“This guy can induce contact, this guy may have some changes and glitches now with increasing speed, mixed with his repertoire, so there are a lot of things he can do,” manager Luis Rojas said before the game. “Let’s see where it takes us.”

After Kevin Plawecki doubled to left field on JD Davis’ extended glove to start the third, Peterson pulled Andrew Benintendi and José Peraza’s single from Brandon Nimmo’s glove loaded the bases. Peterson went in, striking out JD Martinez before Rafael Devers hit a line drive that Robinson Cano caught and went to second for the out. Plawecki scored on the play and Benintendi was finally scored in a recap between the second and third.

The Mets (3-2) scored three runs in the eighth, two of which scored on Jeff McNeil’s double, to give the bullpen a cushion.

Davis gave the Mets a 5-1 lead in the fifth with their first homer of the season, a two-run shot in right field. The night before, Davis appeared to be stripped of his first home run, as a replay showed his shot to left field cleared the Green Monster in fair territory. The Mets never contested the foul ball foul.

The Mets scored three runs in the second inning without particularly hard contact against left-hander Matt Hall. In the inning, Robinson Cano doubled RBI on the opposite field after Davis had singled and Yoenis Céspedes was hit by a pitch. Nimmo walked to load the bases and Amed Rosario’s two-run single gave the Mets a 3-0 lead.

Peterson received a gift from the start: Peraza fired a shot from the Green Monster that was leading the game for the Red Sox, but was sent off trying to reach second place. In the second inning, Michael Conforto reached the low fence that enters the foul line in right field to catch Michael Chavis’s popup.