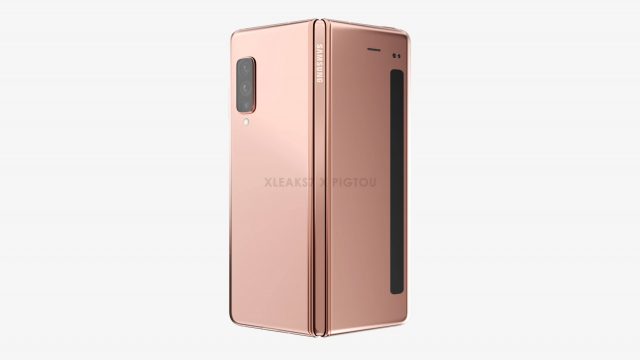 The folding smartphone category is arguably the most exciting segment of the market today, using new form factors that promise to change the way we use our devices. While Samsung wasn’t the first at the party, the Galaxy Fold was arguably one of the most versatile and unique foldable smartphones to hit the market in 2019. Just over a year after the device originally went on sale. We are getting a clearer picture of what the second iteration of the phone will look like.

Thanks to a new patent application from Samsung, new versions of the phone have emerged. At first glance, the Galaxy Fold 2 doesn’t look much different from its predecessor, although the patent application implies that the hinge has been updated with functionality similar to that of the Galaxy Z Flip. While the original Galaxy Fold wasn’t necessarily a great looking device with its awkwardly-sized screen that only covered part of the phone’s front cover, the Fold 2 leak shows a dramatic change – and not in a good way.

Based on the new render of the Samsung Galaxy Fold 2, the device will have a strip display on the front of the phone, along the right edge. While the original Fold’s display wasn’t the most practical due to its size, the strip display on the Fold 2 will likely only be used for notifications and selfies, similar to the Galaxy Z Flip’s outer display.

What is our opinion?

There are still some people who are skeptical about folding screen smartphones. We have no idea how many Galaxy Folds Samsung was able to sell, but the fact that they return with a second device implies that there is enough demand to continue to improve the design and drive the technology.

As for the design of the Galaxy Fold 2, we are not convinced that Samsung is making the necessary changes to make folding phones more useful to its users. The updated finger should make the device more reliable, which would lead to fewer broken screens, but forcing the consumer to unfold the phone every time they want to use it by making the front screen even smaller is not a move we expected.

We hope that the designs shown in Samsung’s patent applications will be tweaked a bit more before Samsung executives sign the final changes for the phone.