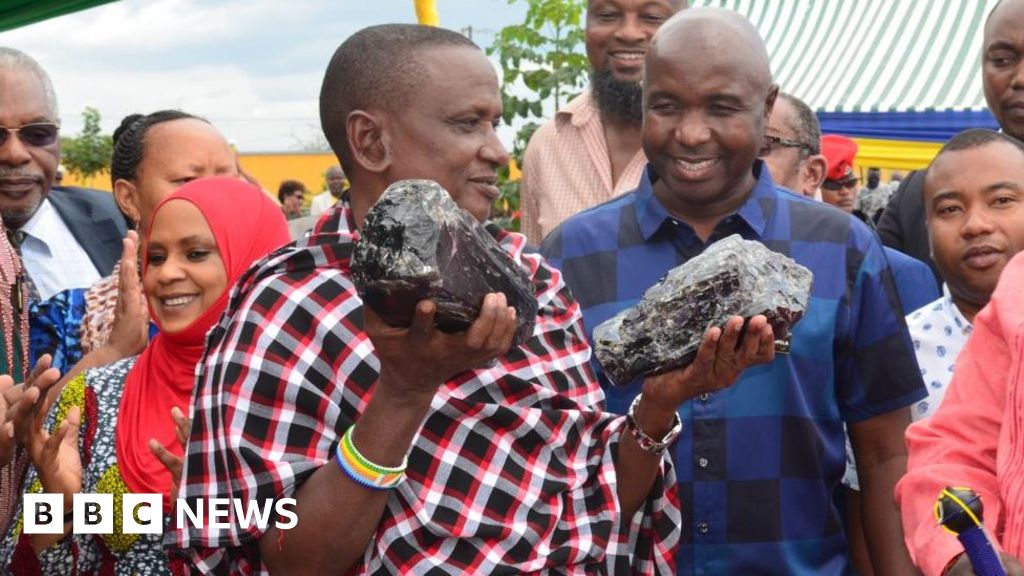 A small-scale miner in Tanzania has become an overnight millionaire after selling two rough Tanzanite stones, the largest ever found in the country.

“There will be a big party tomorrow,” Mr. Laizer, the father of more than 30 children, told the BBC.

Tanzanite is only found in northern Tanzania and is used to make ornaments.

It is one of the rarest gems on Earth, and a local geologist estimates that its supply may be completely depleted in the next 20 years.

The gemstone’s appeal lies in its variety of shades, including green, red, purple, and blue.

Its value is determined by rarity: the finer the color or clarity, the higher the price.

Laizer mined the stones, weighing 9.2 kg and 5.8 kg, last week, but sold them on Wednesday during a trade event in the northern Manyara region.

“This is the benefit of small-scale miners and this proves that Tanzania is rich,” said the president.

Magufuli came to power in 2015 pledging to safeguard the nation’s interest in the mining sector and increase government revenue.

What did the new millionaire say?

Mr. Laizer, 52, who has four wives, said he would kill one of his cows to celebrate.

He also plans to invest in his community in the Simanjiro district in Manyara.

“I want to build a shopping center and a school. I want to build this school near my house. There are many poor people around here who cannot afford to take their children to school.”

He said the windfall would not change his lifestyle, and that he planned to continue caring for his 2,000 cows. He said that he did not need to take additional precautions despite his new riches.

“There is enough security [here]. There will be no problem. I can even walk at night without any problem. “

In 2017, President Magufuli ordered the military to build a 24 km (14 mile) perimeter wall around the Merelani mining site in Manyara, believed to be the world’s only source of Tanzanite.

A year later, the government reported an increase in revenues in the mining sector and attributed the increase to the construction of the wall, reports the BBC’s Sammy Awami in Dar es Salaam.