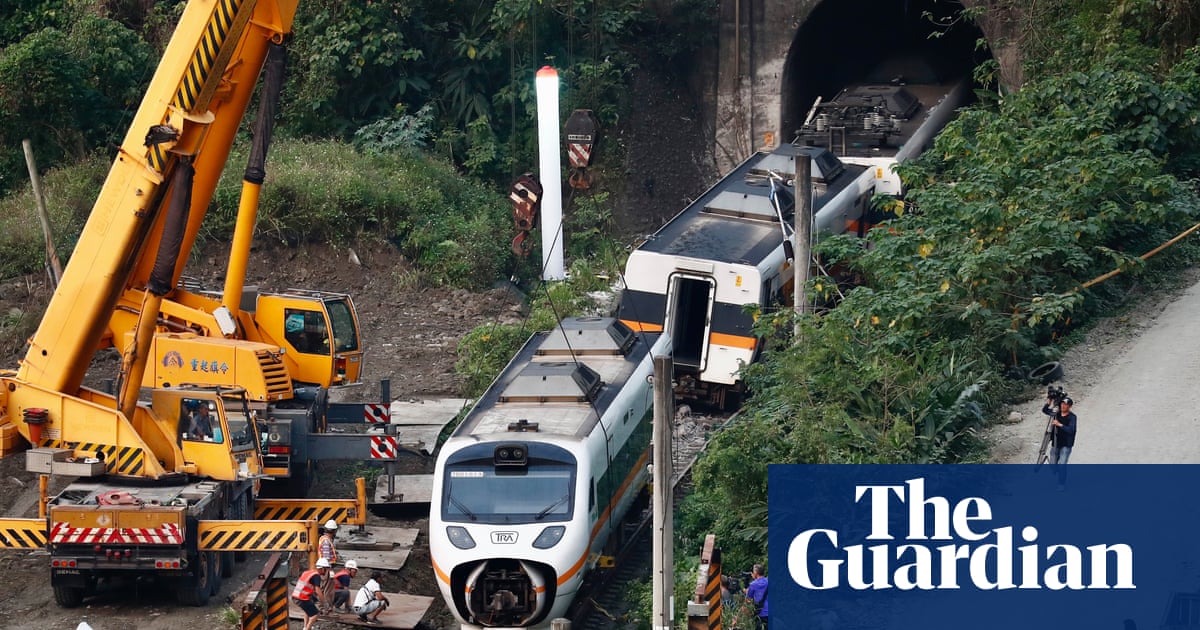 Taiwanese authorities have demanded an arrest warrant for the driver of a construction vehicle that allegedly derailed, killing at least 50 people.

The Taroko Express was carrying about 500 people down the east coast of the island on Friday, the first day of a religious festival when families gather to honor their ancestors when it crashed into a tunnel outside the city of Hualien.

Police believe the train collided with a truck that came down the tracks from the maintenance site and skidded off the tracks. The train in front of the train derailed and it was iced inside the tunnel, crushing against the walls, running and bursting.

Dozens of people were killed, including a 33-year-old train driver, an assistant driver, a six-year-old girl and a French national. More than 70 others were trapped inside for hours, while other survivors smashed windows to escape and climb to the roof of the train.

The driver of the truck was not in it when he slipped down, and police suspect he was “improperly parked.” He was taken in for questioning Friday afternoon, and the director of the Hulian Prosecutors’ Office, Yu Hsiu-duan, later told reporters that an arrest warrant had been sought.

“To preserve the relevant evidence, we have several groups of plaintiffs at the scene and they are looking for the necessary locations,” the UA said.

The prosecutor’s office confirmed that he had interviewed the truck driver, along with others, but was not prepared to charge. Prosecutors were visiting the bodies Saturday and examining the bodies, said Chou Feng-yi, a spokesman for the office.

Officials warned that the death toll could still rise, as some parts of the body were not properly identified. Rescuers at the crash site also said they were not sure if there would be more bodies in the wrecked vehicles stuck inside the tunnel.

A Red Cross Society defender told local media that the scene at the time of arrival was “like living hell”, and indicated that a number of children and infants were among the dead.

“The chairs were swallowed up, objects were scattered all over the floor and blood was everywhere,” Lin Chi-feng told CNN.

“It was heartbreaking to see so many children and infants die in the accident,” he said.

All survivors were evacuated by Friday afternoon, and rescuers began clearing rear vehicles off the track on Saturday, but damaged vehicles were stuck inside the tunnel. Railway officials said it would take another week to clear the site and resume services.

The Taiwanese government ordered all flags to be half-mast for three days to honor the victims of the worst railway accident to hit the island in decades. President Tsai Ing-wen visited the injured survivors in hospitals on Saturday.