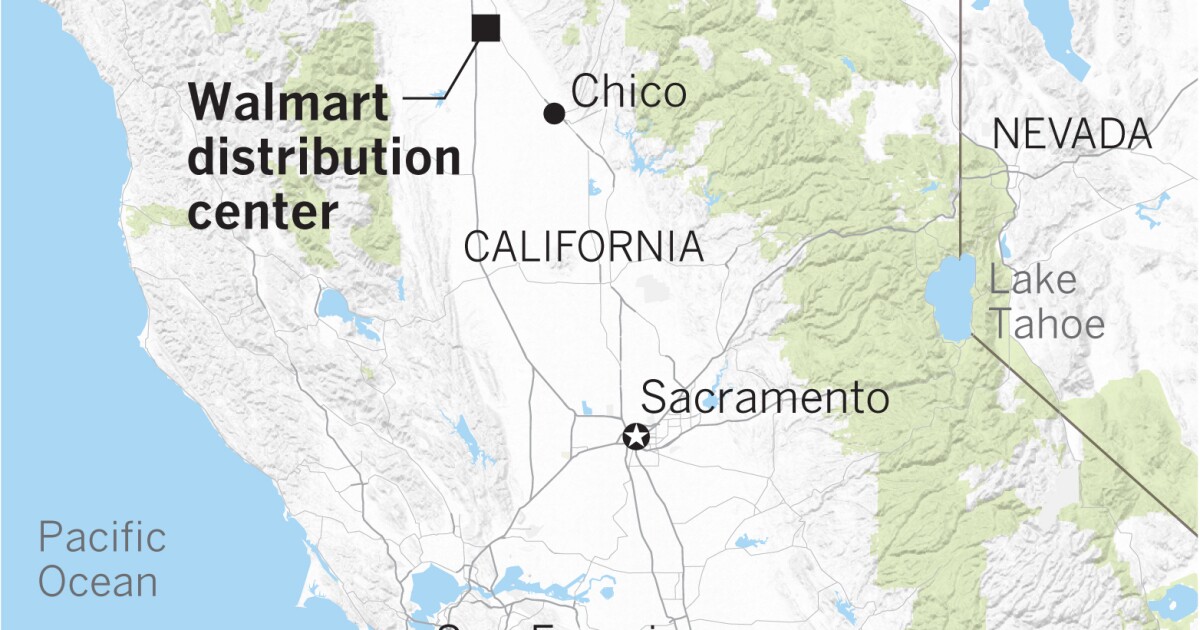 Tehama County Sheriff’s officials identified the suspect Sunday in a shooting the day before at a Walmart distribution center in Red Bluff that killed one person and wounded others before police fatally shot.

The suspect, Louis Lane, 31, of Redding, was a former distribution center employee who was fired in February 2019 after he failed to show up for a shift, according to the sheriff’s department, which is handling the investigation. . Authorities said they are still investigating a possible motive for the shooting, but said they believe Lane acted alone.

The shooting unfolded within six chaotic minutes that began shortly after 3:30 p.m. Saturday at the Walmart distribution center on Highway 99, the sheriff’s department said in a press release.

Lane allegedly circled the parking lot four times in a white SUV and then slammed his vehicle into the building’s lobby. When the SUV caught fire, he came out holding a semi-automatic rifle and started shooting randomly at the building, the sheriff’s department said.

Hundreds of employees were working indoors at the time, Sheriff Phil Johnston told reporters Saturday night, but most of them were not near the lobby area. The rifle was equipped with a high-capacity magazine that is illegal in California, he said.

About four minutes after authorities received reports of gunshots, a police officer arrived at the scene and exchanged shots with Lane in the parking lot, authorities said. A second officer arrived moments later and also confronted Lane, according to investigators. Johnston estimated a total of 20 to 30 rounds were exchanged during the shooting between the parked cars.

Lane was shot by one or both officers, and at 3:38 pm, he was disabled due to his injuries, the sheriff’s department said. He was pronounced dead in hospital.

Sheriff’s officers arrived on the scene and discovered that a Walmart employee had suffered serious injuries. They took him to a local hospital, where he died. Authorities identified him as Martin Haro-Lozano of Orland. The cause of his death was not immediately disclosed pending an autopsy scheduled for Monday.

Haro-Lozano had been an employee of the company for 12 years and had family and friends who also worked at the distribution center, Walmart said in a statement.

“This is a deeply painful time, not only for the Red Bluff facilities but for the entire Walmart family,” said the statement, which was signed by CEO John Furner and executive vice president of supply chain Greg Smith.

Six other people were rushed to hospitals with injuries ranging from minor to moderate, the sheriff’s department said. At least one person appeared to have been hit by the SUV, and others were shot and wounded, Johnston said. At least two people were treated and released, he said.

“We are incredibly grateful to the associates in the building who heroically acted to prevent the situation from becoming even worse,” said Furner and Smith. “They risked their lives to help their fellow associates, and we are always grateful to them.”

The distribution center has been temporarily closed, but employees will be paid and have access to on-site help, according to the statement.

The state Justice Department was also on the scene helping to process evidence, the sheriff’s office said.