Storm improvements: Centralia without power; Howard Electric Cooperative is blown away by a blizzard 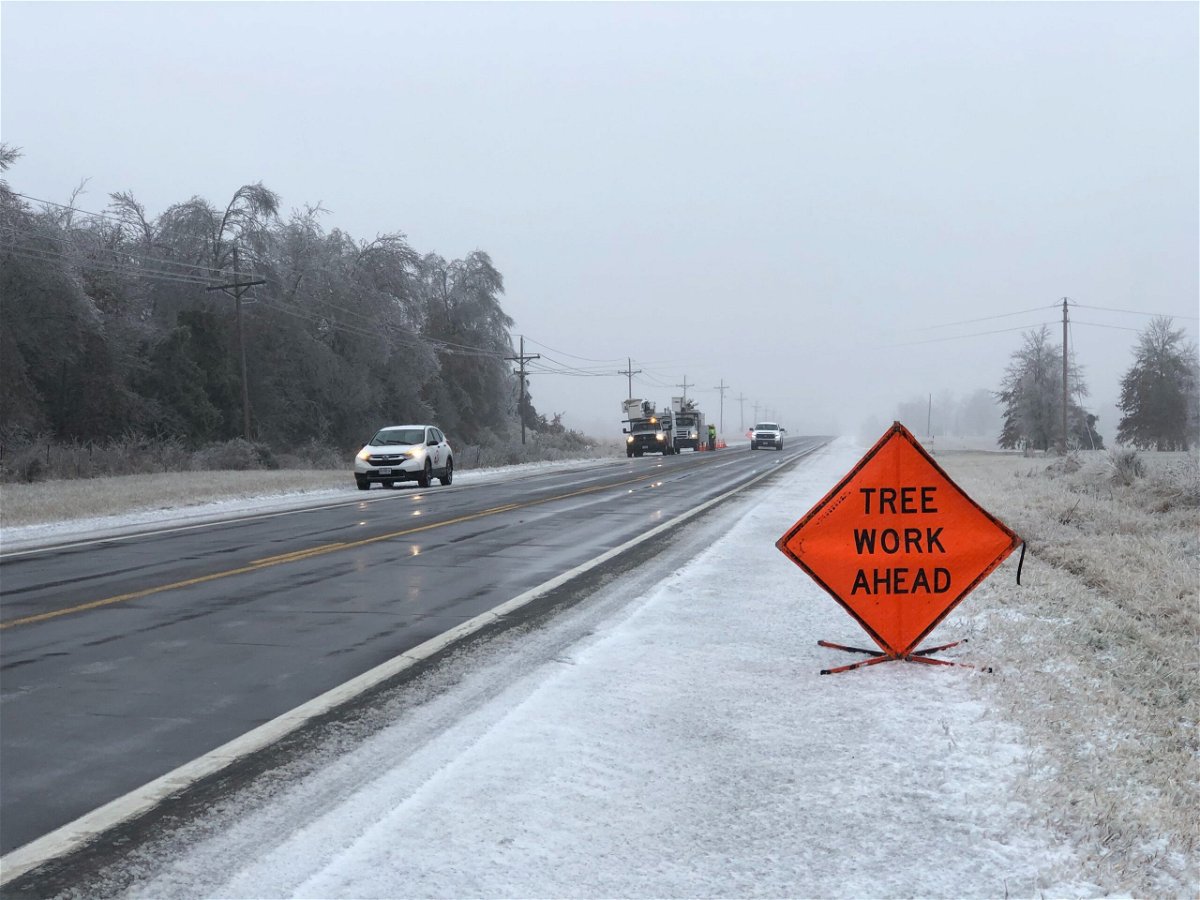 More than 1,400 customers of the entire Central City and Howard Electric Cooperative customers in Howard and Randolph counties went without power on Friday afternoon.

Emergency dispatchers in Boone County said in a public warning shortly before 4 p.m. that the city of Centrallia was experiencing widespread lightning. Centrallia operates its own municipal utility system. Other details were not immediately available.

Ameren Missouri spokeswoman Jenny Berth said the utility called in additional crews to help the outage, which is centered in Central Missouri and St. Louis. He said line workers would work overnight if needed to restore power.

The overnight outbreak caused by freezing rain in Mid-Missouri, with Howard and Randolph being among the most affected localities. The blizzard also covered roads in the entire area, although the primary route was being cleared on Friday afternoon due to freezing temperatures.

The Missouri Department of Transportation showed improvement on interstate 70 and highways 63 and 50 in the road map of the roadline. However, the roads in the northwestern part of the area are covered with snow and ice or partially covered.

Lightning strikes as snow clings to trees and lines

Temperatures rose above freezing in parts of Mid-Missouri on Friday morning, with snow melting from roads and trees.

However, the load of electricity from the trees and power lines stretched by the ice layer remains the same.

Co-Mo Electric Cooperative reported its nearly 1,300 customers without electricity shortly before noon. Some of the co-operatives had most of their personal outages in Cooper and Moniteau counties.

The Boone Electric Cooperative reported that about 120 of its members were without power in outages spread around the county.

Amaren Missouri reported mostly small, sporadic disasters around the area just before noon. The outage includes one in Moberley affecting about 470 customers.

See the 10 o’clock forecast update in the player below.

Dozens of crashes have been reported in highway patrols, trapped drivers

The agency’s Troop F, which covers most of the area, said Friday morning that its troops had been sent on 26 crashes and 13 trapped driver calls late at night with snow on winter storm-coated roads.

The ambulance also got stuck in the snow on Sylvie Drive in western Columbia as it tried to climb Abho Hill. No patient was riding.

Only after 10 a.m. did the roads begin to show some improvement as temperatures froze in some places. Parts of Interstate 70 and Highway 63 in Miss-Missouri were partially covered, mostly clear or unambiguous, according to the Missouri Department of Transportation’s traveler’s online tourist map.

A second round of windy rain on Friday afternoon is expected to bring down the temperature.

By 8 a.m. Friday, state highways around Mid-Missouri were partially covered with snow.

The Missouri Transportation Department has posted a road condition update on its social media accounts stating that many area roads are mostly covered and asking drivers to beware of low hanging tree trunks and power lines stretched by snow.

The agency later reported the reopening of Highway 54 in Fulton.

The agency continued to warn of delays on Route T in McCann County, north of Randolph County, due to overgrown trees along the way.

Temperatures in some parts of the region have risen above freezing but are not expected to rise much during the day. More drizzle is expected.

Snow continued to contribute to the flow of electricity on tree limbs and power lines, Columbia Water and Light reported, with more than 200 customers affected at Stadium Boulevard and parts of southern Columbia. Amaren Missouri reported outages scattered around the area, including 250 customers in the Ashland area.

A new farmer crew reports to continue work on the roads at 7 a.m., Columbia City said.

Cruise has blocked Highway 54 West in Fulton for utility work

The Missouri Transportation Department said the westbound lanes of Highway 54 in Fulton were closed because of power lines surrounding the road.

The crew said the area had detour space for people driving.

The MODOT Traveler Map said the highway could be closed for up to four hours. It does not include eastbound lanes.

Mid-Missouri officials say driving conditions have worsened and there has been a continuous power outage due to snowfall on New Year’s Day.

A MODOT tweet said most of the roads to Mid-Missouri are partially covered as cold rains continue in the surrounding area. The crew said the winter weather is creating dangerous driving conditions.

Separately, the Missouri Association of Electric Cooperatives Outage Map said more than 8,500 electric customers in the state have no power until 6 p.m.

The Boone County Joint Communications said in a tweet that Down Lines Stadium was registered in College Lodge Park, north of Boulevard.

The Columbia Water and Light Outage Map reports that 426 electric customers around the area were without electricity.

At least 10 outages have been reported between Stadium Boulevard and Interstate 70.

The map included 366 customers near Columbia Mall who were also without power on Friday morning. The light was down at 1,299 when the outage was reported at 4:12 p.m.

It was not immediately clear whether the cold showers played a role in multiple outages.

More than 1,700 electric cooperative customers without power in Mid-Missouri

More than 1,700 customers were without electricity early Friday morning, according to Electric Naline Electric Cooperative data.

It is unclear if the outage was caused by winter weather in the area. It has been raining cold in the area since late Thursday night.

Sharon makes a fan of the battle on the lane

Boone County fire crews were called to the structure fire in the 6000 block of Sharon Lane early in the new year.

Firefighters responded around 12:30 a.m. to find a place to contain the blaze. The owner of the shed spoke to the ABC 17 News crew and said he believed the blaze was caused by a wood stove.

The crew initially had difficulty tapping into a nearby fire hydrant due to the snow that formed overnight.

Firefighters said the fire and smoke damage was mostly contained in the shed but some of the siding on a nearby building also melted. The crew had been smoking in the shed for more than two hours after arriving at the scene.

The firefighter said no one was injured in the blaze.

Original: Dangerous road conditions for mid-Missouri in 2021 due to cold rains.

Emergency crews in Boone County reported at least six crashes after midnight, including two on Interstate 70 and two on Highway 63.

A crash closes on the south side of Rangeline Street at 1:30 p.m.

Shortly after 1:30 a.m., Cole County’s emergency crew reported on radio traffic that both westbound lanes of Highway 50 had crashed and closed near Big Horn Drive.

ABC17 News does not normally report radio traffic without confirmation from the responding agency, however, emergency responders said “all media are listening attentively.”