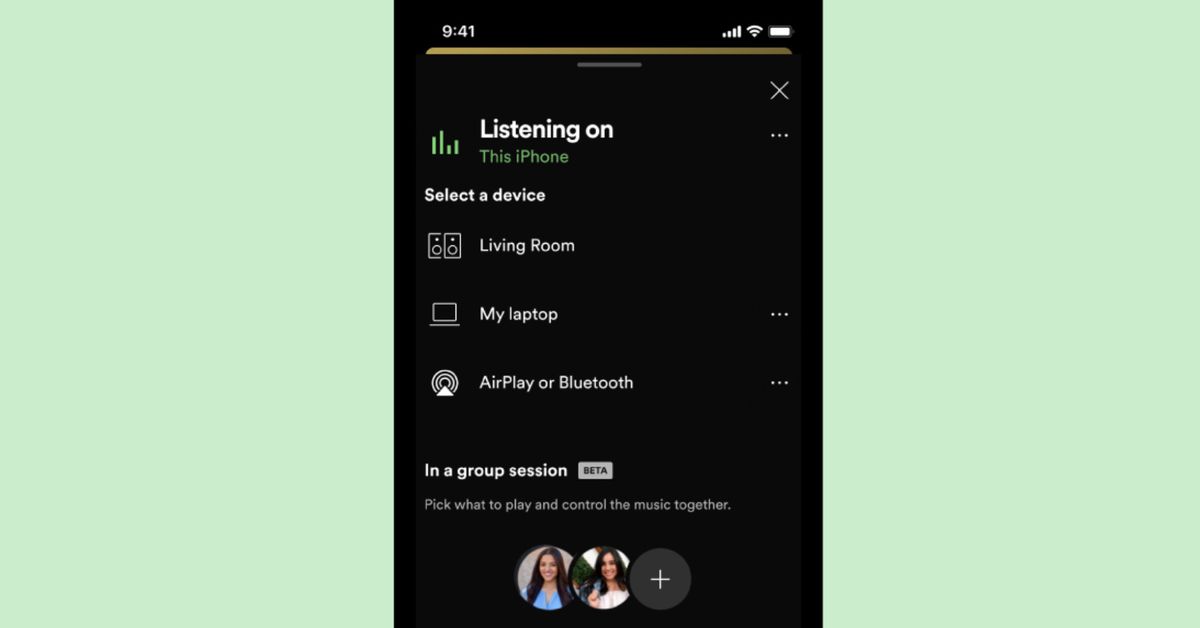 Spotify now allows its paying users to listen to music and podcasts with friends and family at the same time, even if they are not in the same location. Through its beta function called Group Session, any premium user can generate a link to share with up to five friends, who also have Spotify Premium, which will allow them to stream content simultaneously.

Anyone in the streaming group can pause, play, skip, or select tracks in the queue, and can also add their own options. There is no chat feature, which means listeners will have to rely on a third-party app to discuss the podcast or music with their friends. To organize a session, premium users can select the Connect menu in the lower left corner of their playback screen and scroll down to “Start a group session”. Once touched, they will receive a link to share that they can send through social networks or messages. The feature is still in beta, Spotify notes, but the company says it plans to “evolve” over time.

Group Sessions was first launched in May as a tool for organizing parties in person. Hosts can share a Spotify code that their guests scan to join the party. The company has been developing its premium user features for years in an attempt to encourage them to subscribe. It allows them to hide songs from playlists and previously offered Hulu and Google Home to subscribers. This is just one more to add to the list most likely to come.