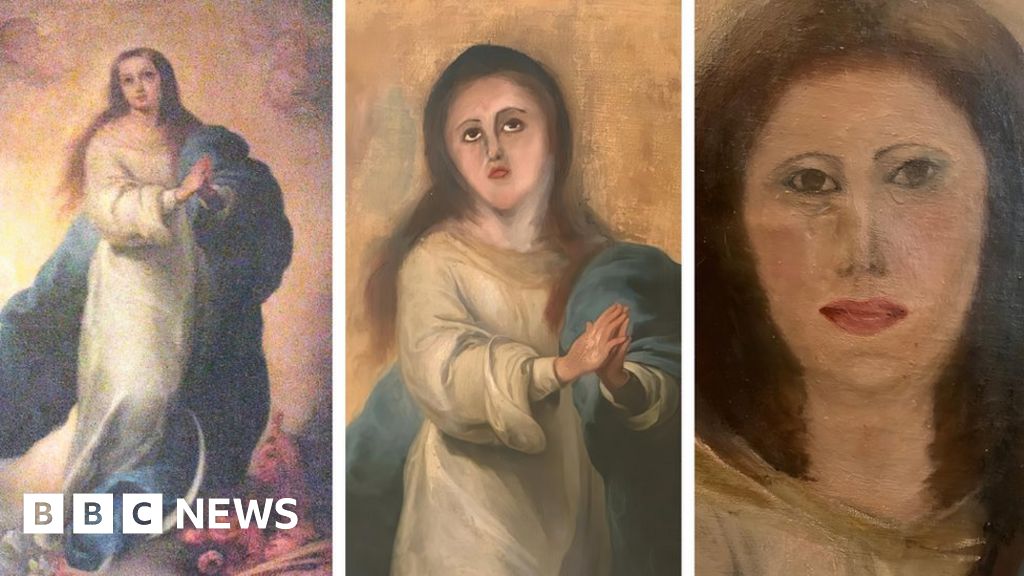 A private art collector in Spain was stunned by the failed restoration of a painting by Baroque artist Bartolomé Esteban Murillo.

But despite two attempts to fix it, the image of the Immaculate Conception has been left unrecognizable.

The incident has made comparisons with other recent “restorations” in Spain.

In 2012, an elderly parishioner attempted to restore a precious fresco of Jesus Christ in his local church near Zaragoza. But his painting work led to the painting being called ‘Monkey Christ’.

Last year, a 16th-century statue of Saint George in a church in Navarra also caught public attention after restoration work, and some compared its new look to a Playmobile figure.

There is currently no law in Spain that prohibits people from restoring works of art, even if they do it without the necessary skills.

In a statement, the country’s Professional Association of Restorers and Conservatives (Acre) condemned the lack of legal protections and called the recent incident an act of “vandalism.”

“This lack of regulation translates into an absence of protection of our heritage,” said Acre.

“In recent years, conservation and restoration professionals have been forced to emigrate or leave their professions due to a lack of opportunities,” he added, warning that the industry was “at serious risk of disappearing” in Spain.