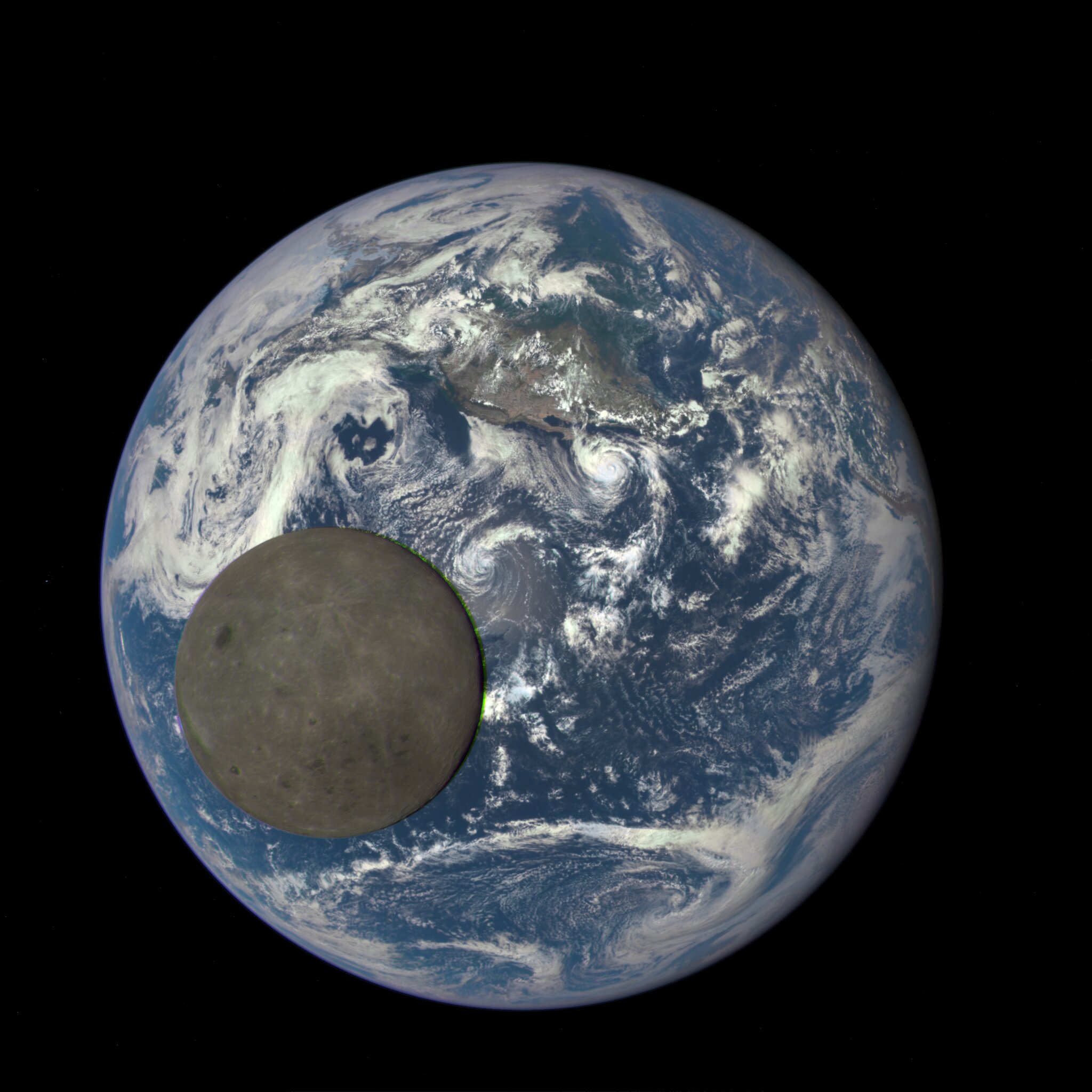 The history of the Earth-Moon system remains mysterious. Scientists believe the system was formed when a body the size of Mars collided with proto-Earth. Earth ended up being the eldest daughter of this collision and retained enough heat to become tectonically active. The moon, being smaller, probably cooled faster and geologically froze. The apparent early dynamism of the moon challenges this idea.

New data suggests that this is because the radioactive elements were uniquely distributed after the catastrophic moon formation collision. Earth’s moon, along with the sun, is a dominant object in the sky and offers many observable features that provide evidence of how the planet and the solar system formed. Most of the planets in the solar system have satellites. For example, Mars has two moons, Jupiter has 79, and Neptune has 14. Some moons are icy, some are rocky, some are still geologically active, and others relatively inactive. How the planets obtained their satellites and why they have the properties they have are questions that could shed light on many aspects of the evolution of the early solar system.

The moon is a relatively cold rocky body with a limited amount of water and little tectonic processing. Scientists currently believe that the Earth-Moon system was formed when a body the size of Mars nicknamed Theia, who in Greek mythology was the mother of Selene, the goddess of the moon, collided catastrophically with proto-Earth, causing the components of both bodies will mix. .

The debris from this collision is believed to have quickly separated to form Earth and the Moon, perhaps for a few million years. The Earth ended up being larger, and its size was adequate to become a dynamic planet with an atmosphere and oceans. Earth’s moon ended up being smaller and did not have enough mass to accommodate these features. Therefore, thanks to the collision dynamics that formed the Earth-Moon system, the Earth exhibits idiosyncrasies such as retaining volatile substances such as water or gases that make up the atmosphere, and having enough internal heat to maintain planetary volcanism long term and tectonics. Decades of observations have shown that lunar history was much more dynamic than expected, with volcanic and magnetic activity occurring just a billion years ago, much later than expected.

A clue as to why the moon’s near and far side is so different comes from a strong observable asymmetry in its surface characteristics. On the near side of the Earth perpetually toward Earth, dark and light spots can be seen with the naked eye. The first astronomers called these dark regions maria, “Latin for” seas, “thinking that they were bodies of water by analogy with Earth. Using telescopes, scientists were able to discover more than a century ago that these were not seas, but more either craters or volcanic features.

Back then, most scientists assumed that the far side of the moon, which they could never have seen, was more or less like the near side.

However, because the moon is relatively close to Earth, only about 380,000 km away, it was the first body in the solar system that humans were able to explore, first using unmanned spacecraft and then manned missions. In the late 1950s and early 1960s, unmanned space probes launched by the USSR returned the first images of the other side of the moon, and scientists were surprised to discover that the two sides were very different. The other side had almost no Maria. Only 1% on the far side was covered in mary compared to ~ 31% for the near side. Scientists were puzzled, but suspected that this asymmetry offered clues to how the moon formed.

Geophysical Research Journal: Planets“/>
Distribution of thorium on the lunar surface of the Lunar Prospector mission. Thorium is highly correlated with other radioactive elements (which produce heat), and most of it is present on the side facing Earth (near side). The relationship between this region and many observed features of lunar history is a key question in the lunar sciences. Credit: Laneuville, M. et al (2013) Geophysical Research Journal: Planets.

In the late 1960s and early 1970s, NASA’s Apollo missions landed six spacecraft on the moon, and astronauts brought 382 kg of moon rocks to try to understand the origin of the moon using chemical analysis. . Holding samples in hand, scientists quickly discovered that the relative darkness of these patches was due to their geological composition and, in fact, were attributable to volcanism. They also identified a new type of rock signature they called KREEP: short for potassium-enriched rock (chemical symbol K), rare earth elements (REEs, which include cerium, dysprosium, erbium, europium, and other elements that are rare on Earth. ) and phosphorus (chemical symbol P), which was associated with maria. But why volcanism and this KREEP signature should be distributed so unevenly between the near and far sides of the moon presented a puzzle.

Now, using a combination of observation, laboratory experiments, and computer modeling, scientists from the Institute of Earth Life Sciences at the Tokyo Institute of Technology, the University of Florida, the Carnegie Institution for Science, Towson University, NASA Johnson Space Center and the University of New Mexico have uncovered new clues to how the moon gained its near and far side asymmetry. These tracks are linked to a major KREEP property.

Potassium (K), thorium (Th), and uranium (U) are radioactively unstable elements. This means that they occur in a variety of atomic configurations that have varying numbers of neutrons. These atoms of variable composition are known as isotopes, some of which are unstable and break apart to produce other elements, producing heat.

The heat from the radioactive decay of these elements can melt the rocks in which they are contained, which may partly explain their joint location.

This study shows that, in addition to improved warming, the inclusion of a KREEP component in rocks also reduces its melting temperature, exacerbating the volcanic activity expected from simply radiogenic decomposition models. Because most of these lava flows were located early in lunar history, this study also adds restrictions on the timing of the moon’s evolution and the order in which various processes occurred on the moon.

This work required collaboration between scientists working in theory and experimentation. After conducting high-temperature rock fusion experiments with various KREEP components, the team analyzed the implications this would have on the timing and volume of volcanic activity on the lunar surface, providing important insight into the early stages of evolution of the Earth-Moon system.

ELSI co-author Matthieu Laneuville says: “Due to the relative lack of erosion processes, the moon’s surface records geological events from the early history of the solar system. In particular, the regions on the near side of the moon have concentrations of radioactive elements such as U and Th unlike anywhere else on the moon Understanding the origin of these local U and Th enrichments can help explain the early stages of moon formation and, consequently, the conditions on primitive Earth. “

The results of this study suggest that the moon’s KREEP-enriched maria has influenced lunar evolution since the moon formed. Laneuville believes that evidence of this type of non-symmetrical auto-amplifying process could be found on other moons in our solar system, and may be ubiquitous on rocky bodies throughout the universe.

Provided by the Tokyo Institute of Technology