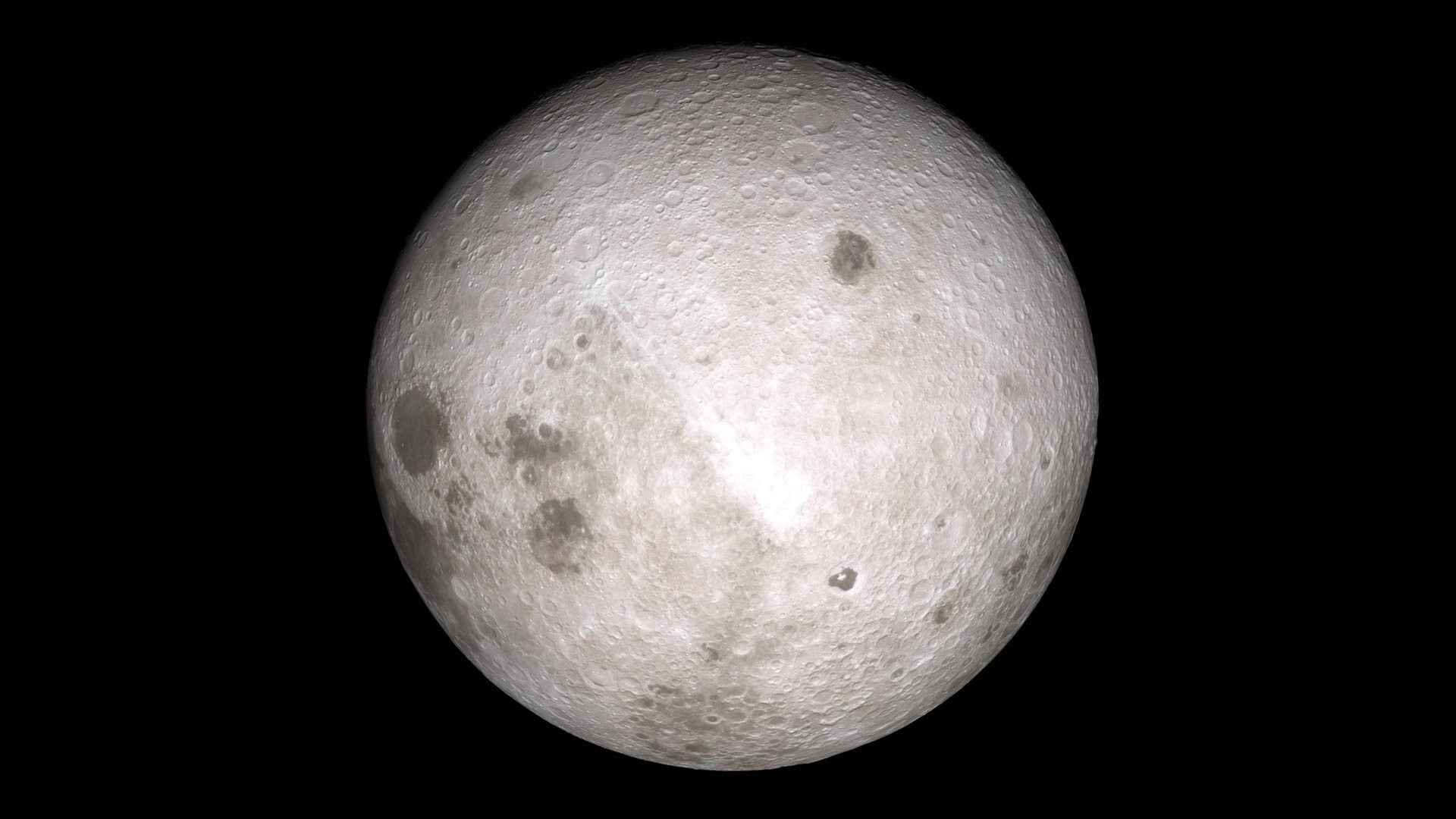 Scientists have revealed new details about the other side of the moon, shedding light on its early history.

However, certain aspects of the far side of the moon have long been a mystery to scientists.

In new research, an international team of scientists provides an explanation for the “strange asymmetry” of the moon’s dark side, which is different in composition from the near side facing Earth.

“The history of the Earth-Moon system remains mysterious,” they explained in a statement. “Scientists believe that both were formed when a body the size of Mars collided with proto-Earth.”

Experts from the Earth-Life Science Institute (ELSI) at the Tokyo Institute of Technology, the University of Florida, the Carnegie Institution for Science, Towson University, NASA Johnson Space Center, and the University of New Mexico participated in the study, which is published in the journal Nature Geoscience.

An image from the other side of the moon captured by NASA’s Lunar Reconnaissance Orbiter.
(POT)

When the first images from the other side of the moon emerged decades ago, scientists realized that it has almost no “maria” or dark regions (from Latin for the sea). The researchers explained that only 1 percent on the far side was covered in maria compared to 31 percent on the near side.

The new research suggests that this is because the radioactive elements were “uniquely distributed” after the moon collision.

CHINA SUCCESSFULLY LANDS A SPACESHIP ON THE FAR SIDE OF THE MOON, STATE MEDIA SAYS

The near side of the Moon, seen by cameras aboard NASA’s Lunar Reconnaissance Orbiter spacecraft. (NASA / GSFC / Arizona State University)

“Due to the relative lack of erosion processes, the Moon’s surface records geological events from the early history of the Solar System,” ELSI co-author Matthieu Laneuville said in the statement. “In particular, the regions on the near side of the Moon have concentrations of radioactive elements like U [uranium] and th [Thorium] unlike any other place on the Moon. Understanding the origin of these local enrichments U and Th can help explain the early stages of the Moon’s formation and, as a consequence, conditions on early Earth. “

The composition of the near side of the Moon is strangely different from that of the far side, and scientists believe they finally understand why. (NASA / NOAA)

Last year, China became the first country to successfully land a spacecraft on the other side of the moon.

NASA’s Artemis program plans to land the first woman and the next man on the lunar surface by 2024. Artemis will also be the first human landing mission to the moon’s south pole.

Distribution of thorium on the lunar surface of the Lunar Prospector mission. Thorium is highly correlated with other radioactive elements (which produce heat), and most of it is present on the side facing Earth (near side). (Laneuville, M. et al (2013) Journal of Geophysical Research: Planets.)

The other side of the moon. The orthographic projection of the Wide Angle Camera (WAC) Lunar Reconnaissance Orbiter Camera (LROC) centered at 180 ° longitude, 0 ° latitude.
(Credit: NASA / Goddard / Arizona State University)

After Apollo 11, astronauts Neil Armstrong and Buzz Aldrin stepped on the moon on July 20, 1969, only 10 other men, all Americans, walked on the lunar surface. The last NASA astronaut to set foot on the moon was the Apollo 17 mission commander. Gene Cernan on December 14, 1972.