Saudi Hajj coronavirus curbs mean “no job, no salary, nothing” 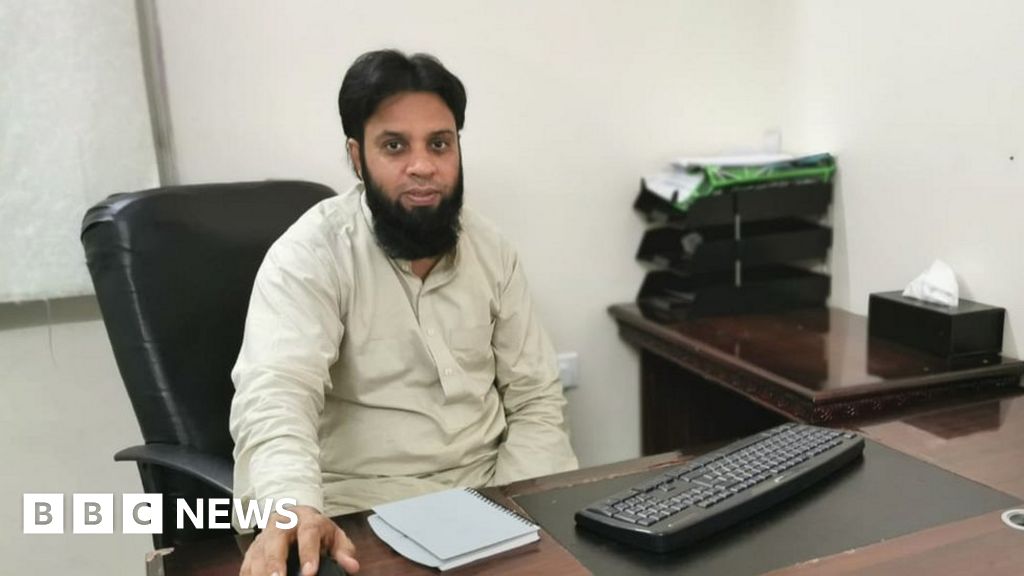 With his head in his hands, Sajjad Malik sounds dejected. The taxi booking office he manages near the iconic Mecca Grand Mosque, Masjid al-Haram, is empty. “There is no job, no salary, nothing,” he says.

“Usually these two or three months before Hajj (annual pilgrimage), I and the drivers make enough money for the rest of the year. But now nothing.”

One of its drivers, Samiur Rahman, part of Saudi Arabia’s largely foreign private workers, sends updates to the state of the roads around the popular Mecca clock tower. The sea of ​​pilgrims is missing: they usually line the streets, dressed in white, with umbrellas to protect themselves from the intense heat.

Today, drivers’ people carriers do not have passengers and the city seems like a ghost town. Sajjad drivers send him videos of the pigeons that fill the roads.

“My drivers have no food and now they sleep four or five per room, in rooms designed for two,” says Sajjad,

I ask him if he is receiving help from the government. “No, there is no help, nothing. I have savings, which we are spending. But I have a lot of staff, more than 50 people worked with me, and they are suffering.”

“One of my friends called me yesterday and said, ‘Please, I need some work, I don’t even care how much you want to pay me.’ Trust me, people are crying.”

There are severe restrictions for this year’s Hajj. Saudi Arabia has seen one of the largest coronavirus outbreaks in the Middle East, and has said that the two million pilgrims who normally come from around the world to Mecca will not be able to do so, in an attempt to limit the spread of Covid-19.

Only those who already live in the country will be able to perform Hajj, reducing the number to just 1,000.

Pilgrims will not be able to freely drink from the sacred well of Zamzam, the water will have to be individually bottled. And when it comes to the stoning of the three pillars at Mina, symbolizing the devil’s rejection, the stones will have to be sterilized.

Away from Saudi Arabia, the large influx of hungry pilgrims generally leads to lucrative requests to import cattle from neighboring countries such as Kenya, many of whose farmers now have herds of unsold cattle.

“The livestock subsector in Kenya is large. It is the mainstay of most households in the country and a way of life for most farmers, especially during the Hajj period,” says Patrick Kimani of the Livestock Producers Association. from Kenya.

On average, its members export 5,000 head of cattle to Saudi Arabia for Hajj, he says. “Farmers are now diversifying into cold storage and local markets.

“We are concerned that it may decimate local livestock prices because all of that additional product could be dumped at reduced prices to local buyers for a quick sale.”

Hajj dates back to the life of the Prophet Muhammad 1,400 years ago and there have been few limitations like this in its history.

Making the pilgrimage at least once is one of the Five Pillars of Islam: the five obligations that every Muslim, who is in good health and can afford, must fulfill to live a good and responsible life, according to Islam.

Pilgrims gather in Mecca to stand in front of the structure known as the Kaaba, praising Allah (God) together.

They also perform other acts of worship, renewing their sense of purpose in the world.

The impact of a sudden withdrawal from a former source of income is also leaving many tourism companies in trouble.

Last year, Pakistan sent most of the foreign pilgrims to Saudi Arabia. But today in Karachi, Shahzad Tajj says his firm, Cheap Hajj and Umrah Deals, is on the verge of collapse.

“Basically, business is zero. Even other travel-related activities were not underway. Like flights, logistics, deliveries, so there was nothing to sell. Frankly, we weren’t fully prepared for this.”

“We had to reduce our staff to a minimum number. Now time has forced us to sell our assets, cars and some properties, at least to pass this stage at least. I help some of my team with emergency funds, but that is everything can offer for now. ”

The restrictions this year are putting a huge financial vacuum in the cities of Mecca and Medina, which receive billions of dollars in business from traveling pilgrims.

“Although most of the cost to the Saudi government of organizing Hajj will be saved this year, Mecca and Medina will lose around $ 9 billion to $ 12 billion (£ 7 billion to £ 9 billion) in business” says Mazen Al Sudairi, head of research at Al-Rajhi Capital financial services firm in Riyadh.

Al-Sudairi says the government has stepped in to help. “Perhaps small and medium-sized enterprises were suffering, but the Saudi central bank is trying to support this segment, to give them relief, by deferring their loans for another two to three months.”

More than 80% of Saudi Arabia’s national income comes from oil, but prices have plummeted, forcing the country to diversify. However, things have not gone so well, according to Alexander Perjessy of Moody’s Sovereign Risk Group.

“The government announced in March 2020 that it would postpone the collection of various government fees, as well as the Value Added Tax, for three months. [But] this is not going to prevent a recession in the non-oil sector of the economy, we believe it will contract by approximately 4%, “he says.

In Mecca, despite the empty reservation screen in front of him, Sajjad Malik does not want to return to his native Pakistan.

Saudi Arabia has served as a last-chance economic lounge for those in neighboring countries who were struggling to earn enough.

“Working in Saudi Arabia for more than eight years has allowed me to keep my children and family at home. We get free medical benefits, and when Hajj occurs, there are big gains,” he says.

“The working community is struggling now. But this country is still number one for me, praise God.”