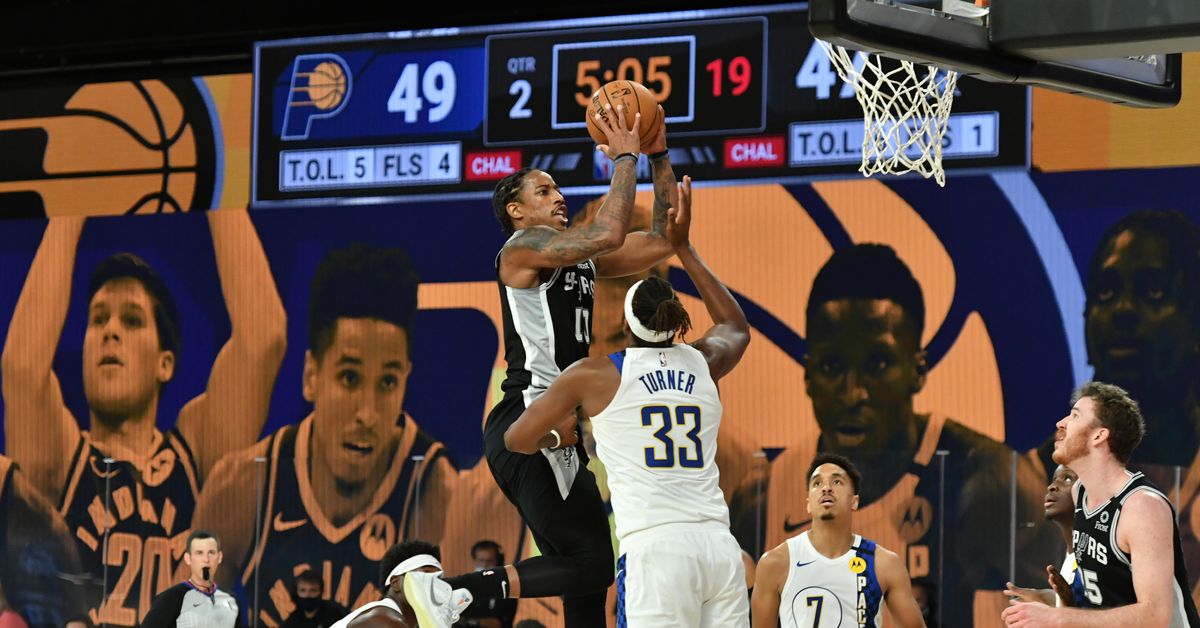 The Spurs showed some of their best form in their final set-up game against the Indiana Pacers, leading to a 118-111 victory that boosted confidence before the regular season restart. They were all disinterested on offense, turnovers were greatly reduced (just 12), and the effort was on defense as the Spurs recorded 8 steals and 8 blocks along with overall solid play on that end (at least of the players you expect).

That’s it for the scrimmages! The Spurs will return to the court for the first of eight regular games. It will be a must-win if they want to make the playoffs, as they will face the Sacramento Kings – one of four teams ahead in the standings competing for eighth or ninth place. Notice will be at 7:00 PM CT at FSSW.