Samoan boss in New Zealand sentenced to 11 years in prison for slavery, but experts say he’s just the tip of the iceberg 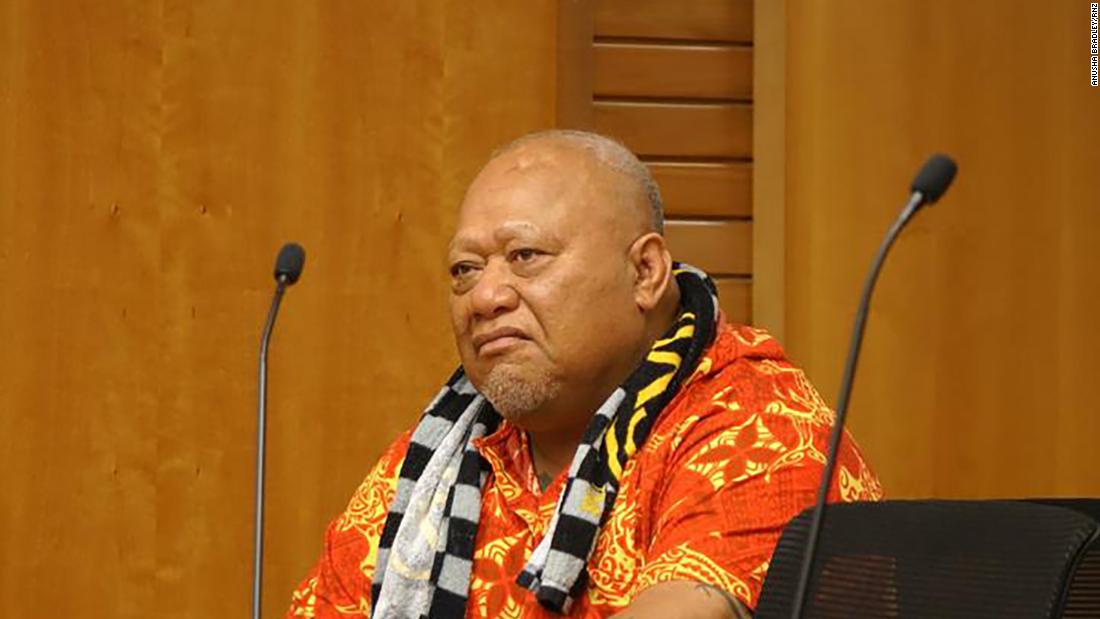 They were told they would leave Samoa, a small island nation in the South Pacific, for its largest neighbor, a country with approximately 25 times the population. Once there, they would work and send the money to their loved ones.

Most worked long hours picking fruit from the orchards, but did not receive the money they had earned. Instead, it was given to the man who had attracted them directly or indirectly to New Zealand: a Samoan chief named Joseph Auga Matamata.

But while Matamata’s sentence ends more than two decades of offenses, experts say his case is just the tip of the iceberg.

They say that while human trafficking and slavery convictions are rare in New Zealand, the cases are more widespread than those convictions suggest. And they warn that more people could become vulnerable to trafficking in the post-pandemic world.

A position of trust

As a matai, or boss, Matamata had a position of authority. In Samoan culture, the matai, the person who holds the title of head of the family, demands significant respect.

But, according to sentencing judge, Judge Helen Cull, Matamata abused that trust.

Starting in 1994, Matamata began inviting family members or people from his Samoa people to come to New Zealand to work and live on his property in Hastings, a city on the North Island of New Zealand where there are several orchards and wineries. All were poorly educated, most were unable to speak English and some were unable to read.

The first victims were a 17 and 15 year old brother and sister at the time. The brother hoped to earn money to send to his family, while his sister hoped to finish his education in New Zealand.

Instead, the brother worked long days in orchards while the sister cooked, cleaned, and helped with childcare, and none of them were paid for their work. Matamata restricted their movements and physically abused them.

The other 11 victims, who were 12 to 53 years old when they arrived in New Zealand, had similar experiences, according to the trial.

In many of the cases, Matamata arranged three-month visitor visas for the victims, instead of the employment visas they would need to work legally.

The victims were told not to leave the property without permission and not to contact their families in Samoa unless Matamata allowed it. They were not to communicate with passers-by or connect with others in weekly church services. If they did not comply, Matamata “assaulted them and created a climate of fear and intimidation,” Judge Cull said.

Matamata hired everyone, except for the 15-year-old sister, for horticultural operators, but then pocketed the money they made for him. One received as little as 10 New Zealand dollars ($ 7) per week. Another received NZ $ 850 ($ 565) for more than 17 months of work.

Finally, many of the victims were deported to Samoa since they did not have the correct visa.

When they returned home, many felt a sense of shame, as “they had nothing to show for their time away and were criminalized for their illegal immigration status,” Judge Cull said in her sentencing notes, adding that the shame It worsened due to the main situation in Matamata. state.

“They cannot return to New Zealand for work and many feel that this stigma and history will limit their ability to work … for the rest of their lives,” he said, noting that in many cases, coming to New Zealand had worsened their families. ‘ financial situation. “Some of the victims are hopeful for their future, but many still feel a lot of guilt and pain for what occurred to them (Matamata’s) hands.”

In a post-sentence statement, New Zealand Immigration Verification and Compliance General Manager Stephen Vaughan said the sentence recognized that the Matamata crime was “against all basic human decency.”

“His breaches of trust, physical abuse, and blatant disregard for the well-being of the people he sought to help were outrageous and must be condemned,” Vaughan said.

Human trafficking and slavery have long been perceived as having no place in New Zealand, says Natalia Szablewska, tenured professor of law at Auckland University of Technology, an expert on human trafficking.

As with all countries, it is difficult to collect accurate statistics due to the hidden nature of crime.

The Matamata case was only purchased from authorities in 2017, according to Immigration New Zealand, and court documents said most victims were too embarrassed to speak of their experiences even after returning to Samoa.

Detective Inspector Mike Foster said the case, which required the help of the Samoan authorities, was one of the most complex joint investigations between Immigration New Zealand and the police.

But while we don’t know the true extent, research shows that exploitation is occurring.

A report by two academics published in 2019 found that people in New Zealand on student visas or employer-assisted visas were more vulnerable to exploitation. Some respondents from India said that education agents had sold them “a dream” of permanent residence in New Zealand. Some borrowed heavily to get to New Zealand, and became so desperate when they couldn’t find legitimate work that they accepted operating conditions.

Most of the 64 migrant workers interviewed as part of the study had been underpaid in at least one of their jobs, with some wages as low as NZ $ 3 an hour, well below the New Zealand minimum wage.

So if there are more cases, why don’t more people show up?

One reason, according to Rebekah Armstrong, director of New Zealand-based Business and Human Rights Consultants, is that victims are often terrified that if they complain, they will lose their visa and possibly their path to residency. In New Zealand, immigration and labor matters are handled by the same ministry, and Armstrong believes that this may be driving some victims away from reporting the abuse.

In a 2016 report, a migrant worker interviewee was quoted as saying, “I feel like they (the employer) own me because of the visas.”

What New Zealand Should Do

With millions of people around the world losing their jobs as a result of the coronavirus, experts warn that it could make more people vulnerable to trafficking, even in New Zealand.

Gary Jones, trade policy and strategy manager for the New Zealand Apples and Pears industry group, said the 350,000 migrant workers currently in New Zealand could become vulnerable to exploitation if their work is exhausted.

The current climate also worries the government. On Monday, the Ministry of Business, Innovation and Employment said the government would invest NZ $ 50 million ($ 33.2 million) to reduce the risk of exploitation, which it said was increasing as a result of Covid-19. Those changes include establishing a new visa to help migrants out of exploitative situations and increasing the number of immigration investigators.

But Szablewska wants New Zealand to follow in the footsteps of other countries like Australia by introducing a modern Slavery Act that requires companies to perform due diligence on their own supply chain. New Zealand companies operating in Australia with a turnover above a certain threshold are also subject to the rules.

Szablewska believes that a modern Slavery Act would help raise awareness of the issue in New Zealand, and perhaps encourage more victims to come forward.

“I don’t think that most companies in most cases want to rely on forced labor,” he said.

Jones believes that commercial pressures may be more effective than legal changes.

New Zealand apples and pears, for example, have adopted an international framework in which companies have to demonstrate that they are treating workers well to bring their products to foreign supermarkets. If they do not meet the criteria, their products will not be stored.

That change, along with other changes like a visa plan introduced more than a decade ago that provides more protection for Pacific Islanders working in the horticulture industry, makes it harder to offend people like Matamata, Jones said. But it could still happen, he said.