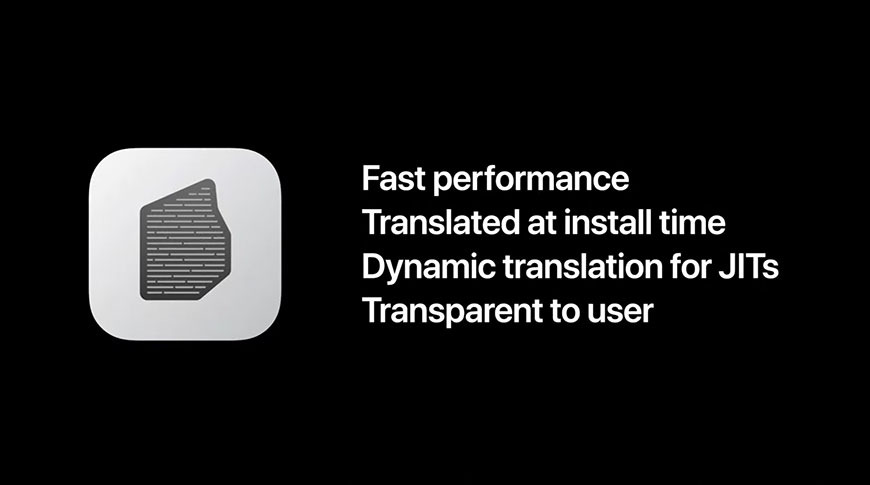 Mac users who rely on Windows virtualization software could be left in the lurch when Apple makes the transition to its own custom ARM processors later this year, as the company’s Rosetta Intel to ARM translator does not support machine applications. virtual.

Apple outlined the limitations of Rosetta, technically Rosetta 2, in a developer doc posted on its website this week, noting that while it can translate “most” Intel-based apps, it can’t do the same for apps. of virtual machines that virtualize x86_64 computer platforms. Popular x86_64 virtualization applications include Parallels and VMWare products that virtualize Windows environments.

Introduced during Monday’s WWDC keynote, Rosetta is a key feature that will help Apple and developers transition from Intel-based Macs to hardware running ARM-based chips. The software layer translates applications that contain x86_64 instructions for Apple’s silicon, which uses an arm64 instruction set. Implementing the feature now gives developers time to create a universal binary for their apps, but as Apple notes, Rosetta can run slowly and is not a substitute for native apps.

In addition to Rosetta’s x86 restrictions, Boot Camp will no longer be available for use on Macs powered by Apple’s silicon technology. For now, the macOS utility that allowed Windows and Mac operating systems to boot will remain in macOS Big Sur as an exclusive Intel feature. ARM Macs will not be able to access the feature and the company has not announced a replacement.

The transition to Apple’s silicon is expected to take around two years. It is unknown whether virtualization companies are working on a solution for ARM chips, although VMWare said Tuesday that a “technical preview” compatible with Fusion’s Big Sur will arrive in July.

Apple this week launched the Universal App Quick Start Program to put developer transition kits in the hands of developers. The kits, which include a Mac mini with a Bionic A12Z SoC, will allow developers to build and test their products ahead of the launch of the first ARM Macs later this year.