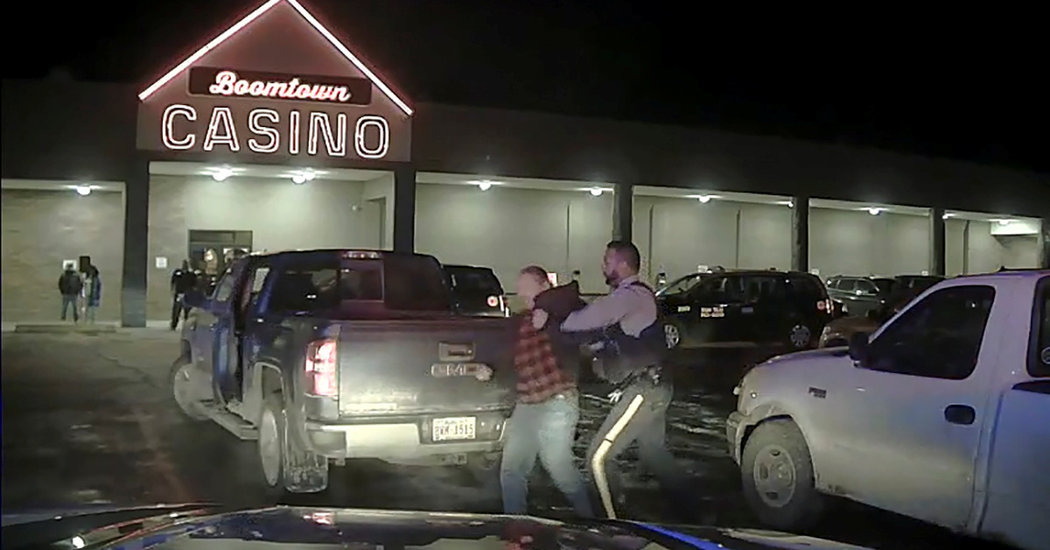 Prosecutors in Canada said Wednesday they were dropping the charges against an indigenous leader accused of assaulting a police officer, after a video showing the officer beating him sparked a national protest.

In a new twist, police confirmed Wednesday that the arresting officer faces criminal charges, including assault, for an off-duty incident nearly a year ago.

The video, released on June 11, added fuel to an uproar in Canada over embedded law enforcement racism, echoing protests in the United States over police killings of African-Americans. Prime Minister Justin Trudeau described the video, taken from the dash camera of a police car, as “shocking” and said, “I have serious questions about what happened.”

In a statement released by the Royal Canadian Mounted Police, the Crown Prosecutor’s Office said charges against the indigenous leader, Chief Allan Adam of the Athabasca Chipewyan First Nation of northern Alberta, “will be dropped.” The statement provided no explanation.

Mr. Adam was arrested by police at Fort McMurray, Alberta, in March for an expired license plate. After a sometimes heated 12-minute exchange, he was accused of assaulting a police officer and resisting arrest. But many people concluded that the police video showed that Mr. Adam was the true victim.

The video shows the officer, who has since been identified as Agent Simon-Pierre Seguin, attacking Mr. Adam with his arm and elbow up as he tackles him. It also shows the officer on top of Mr. Adam, who was lying on the ground, hitting the boss on the head and placing him in what appeared to be a choke. The images of Mr. Adam then showed him with a bloody and swollen face.

At a press conference held via Zoom from Fort McMurray, Mr. Adam said he was pleased that the charges had been dropped, but that more needed to be done to address the underlying racism against indigenous peoples.

“If we are paying a police force to brutalize our people, it may be time for us to look at another police force to watch over our people,” he said. “We have to seriously open the eyes of all non-native Canadians to the realities that we, as indigenous peoples of the earth, have had to live with for decades.”

During the press conference, Mr. Adam’s attorney, Brian Beresh, also revealed that Mr. Seguin faces three criminal charges at Fort McMurray: mischief, breaking into a home with the intent to commit a crime, and assault, for one episode. out of service last August. His trial is scheduled for this September. A spokesman for the Royal Canadian Mounted Police of Alberta, Fraser Logan, confirmed the charges in an email.

When Mr. Adam first heard about his own pending criminal case from the arresting officer, he said, “I was surprised.”

The dash camera video was released in court this month as part of an effort by Mr. Adam’s legal representatives to have the charges dropped.

Initially, Alberta police said superiors who had reviewed the dash camera video had deemed the police actions “reasonable” and decided that it did not warrant an external investigation.

But after Mr. Adam held a press conference on June 6, during which he released two videos of bystanders taken during the arrest, the Alberta independent agency investigating police episodes involving death or possible misconduct announced that he was investigating the case.

Canadian indigenous leaders have long lobbied for reform of the Royal Canadian Mounted Police, the national police force, which also provides local policing in many provinces.