Princeton will remove Woodrow Wilson’s name from the school. 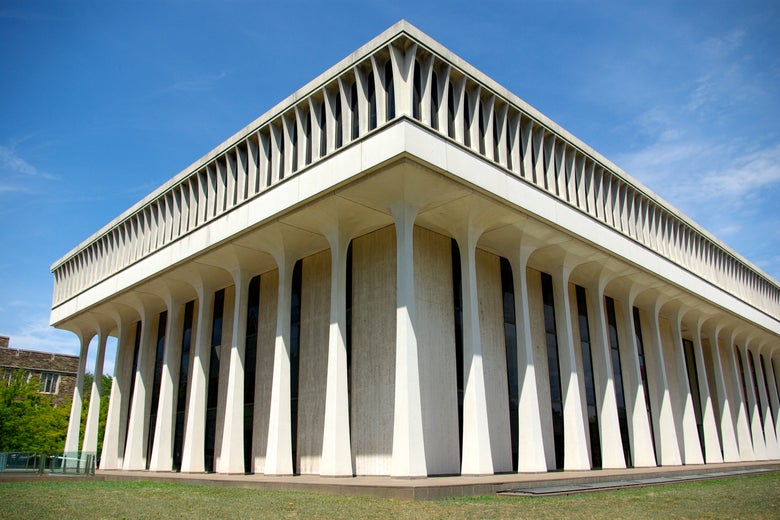 The Princeton University Board of Trustees voted on the name changes on Friday just four years after they voted to keep Wilson’s name despite student calls for the changes. The meeting at which the vote took place was held to discuss ways in which Princeton could “oppose racism.” The trustees of the university concluded that Wilson’s “racist thinking and policies make him an inappropriate namesake for a school whose academics, students, and alumni must be firmly committed to combating the scourge of racism in all its forms,” ​​notes the statement.

In a letter to the university community, Princeton President Christopher L. Eisgruber made it clear that the move was not just about using today’s values ​​to judge history because “the former president’s racism was significant and consistent even by the standards of your own time. ” . “Wilson, who was president of the university from 1902 to 1910 before becoming president of the United States in 1913,” segregated the federal civil service after it had been racially integrated for decades, leading the United States to back in his quest for justice, “Eisgruber wrote.” He not only agreed but joined the persistent practice of racism in this country, a practice that continues to do harm today. “It marked a radical change since April 2016, when The university’s governing board voted to keep the former president’s name on campus buildings and programs.

Dean Cecelia Rouse said in a statement that she supported the name change, as well as the decision not to name the school after anyone else. “I’ve often been asked if not Wilson, then who should the school be called? I’m glad we’re not going down that path, “she wrote.” Connecting the school to a certain person indicates that the school represents much of what the honoree believes. I feel that for a policy school to be the best, it.

Students who had organized behind an organization called Change WWS and had sent a letter earlier in the week asking for the name change told the Daily Princetonian that “they appreciate the University’s swift response.” But they also said that was just the tip of the iceberg. In an Instagram post, organizers said the name change “is a small part of our demand list.”

Readers like you make our work possible. Help us continue to provide reports, comments and criticism that you won’t find anywhere else.