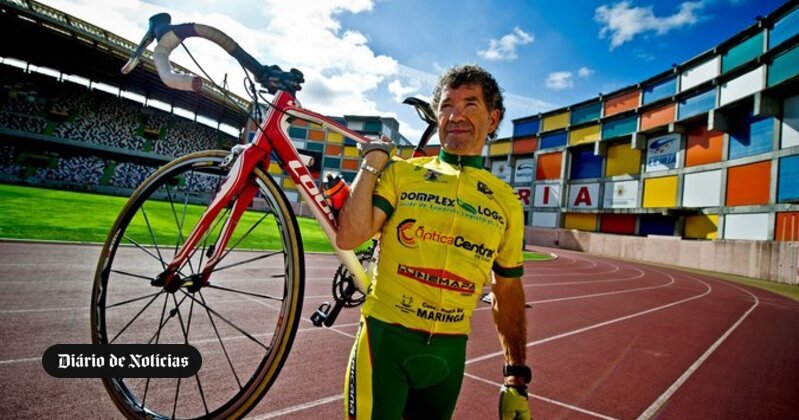 The cyclist who broke world records in cycling resistance, Carlos Vieira, died this Tuesday, at the age of 68, in the Leiria hospital, where he was admitted days ago after a positive diagnosis for covid-19, the family announced.

The “firefighter-cyclist”, as he was known for his professional and sports activities, was weakened by health complications that have weakened him in recent years, and could not resist catching the new coronavirus, dying this Tuesday.

Carlos Vieira rose to fame in 1983, when he broke the world record for cycling endurance: for 191 hours he pedaled non-stop, covering almost three thousand kilometers in the old Municipal Stadium of Leiria.

In 1990 Carlos Vieira set a new Guinness record for resistance to the bicycle, but on rollers, a brand manufactured in New Jersey, United States of America.

A convinced religious, Carlos Vieira also made connections between Leiria and the Vatican by bicycle, being received by Pope John Paul II and Pope Francis.

In a note released today, the municipality of Leiria expresses “deep regret” for the death of Carlos Vieira. The mayor considers that the municipality is “poorer with the departure of a beloved member.”

“Carlos Vieira was an exemplary citizen and a great ambassador for Leiria. Whether as a firefighter or as a great champion, he projected the image of Leiria in the world like few others. Wherever he went, Carlos Vieira always spoke with great pride about your city, Leiria “says Gonçalo Lopes.

Sporting also mourned the death of Carlos Vieira, after offering his condolences to his family and friends. “Sporting Clube de Portugal expresses its regret for the death of Carlos Vieira, a former Leonist cyclist who died this Tuesday at the age of 68. To his family and friends, the club sends its deepest condolences,” the note reads published on the Alvalade club website.

USA. Car broke into the entrance to the Capitol. Driver and one of the policemen who tried to stop him died