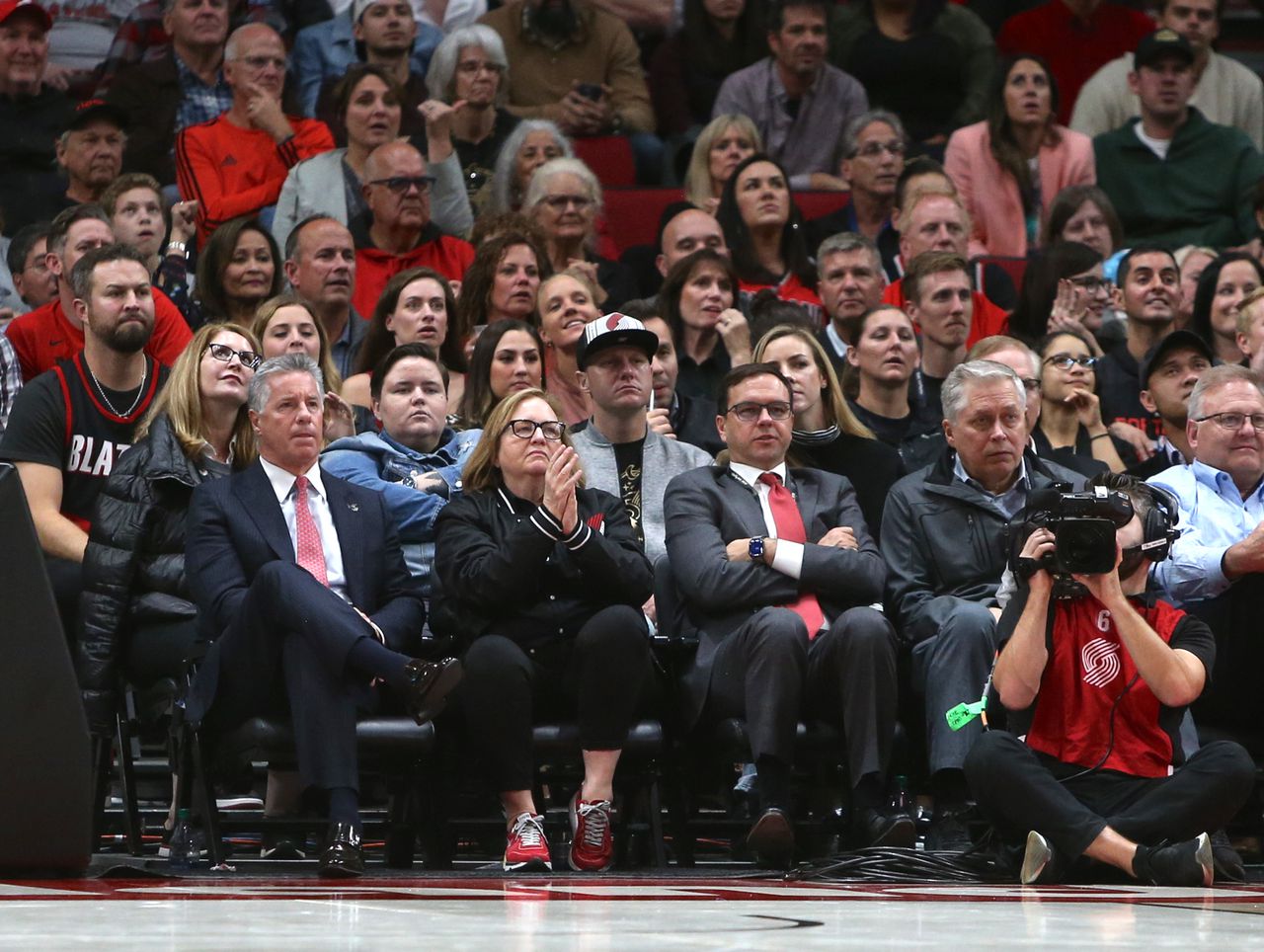 The wrath of the coronavirus and its crippling effect on live events dealt the Portland Trail Blazers a hard blow Wednesday, when the organization issued a round of layoffs and pay cuts.

The Blazers laid off 15% of their workforce, about 40 positions, and issued salary cuts for each person in a director position, including President Chris McGowan and his senior vice presidents. The cuts come from departments across the organization and its arena management company, Rip City Management.

“This is absolutely the most painful decision we have to make as leaders of the organization,” McGowan told The Oregonian / OregonLive. “We have tried to do this in the most compassionate way possible for an unprecedented time.”

Cost reduction measures were necessary because live events like NBA concerts and games have been canceled for the foreseeable future to prevent the spread of COVID-19. The Rose Quarter has not hosted a sporting event or concert since March, when the United States entered a virtual coronavirus blockade, and it is unclear when live revenue-generating events will return.

The Blazers are slated to resume their season next month, when 22 NBA teams meet in the Disney World “bubble” in Orlando to play a regular season and truncated eight-game postseason. But while that will generate millions in television revenue, the Blazers can still lose millions because they can’t host games at the Fashion Center.

The organization generates approximately $ 2 million in revenue for each home game, considering the sale of tickets, concessions and sponsorships, and will lose approximately $ 18 million because the last nine home games of the regular season were canceled. That doesn’t include millions more in lost playoff earnings. Add that to what is owed to season ticket holders and corporate sponsors, who lost 22% of their regular season investments, and the loss of millions generated by concerts and other live events at the Fashion Center. and the Veterans Memorial Coliseum, and the organization has millions in the hole.

And the worst may be to come because it is unclear how long the coronavirus threat will persist and keep large crowds away from the arenas.

“We don’t know when we can go back,” McGowan told The Oregonian / OregonLive. “If I could say, ‘Hi, by November, we’ll be back on track,’ that would be one thing. But we don’t have live events and we don’t know when they will resume.”

The layoffs are the first for the Blazers under the presidency of Jody Allen and McGowan, who, after an initial round of restructuring when he was hired, expanded the organization during its eight years in Portland. He and other leaders of the organization have been working on cost-cutting measures behind the scenes since March, when the NBA season was postponed. The hope is that the moves will put the Blazers, which were valued at $ 1.85 billion in Forbes’ most recent annual assessment of NBA teams, in a solid position for whatever happens when the threat of the coronavirus disappears. .

Blazers directors’ salary reductions ranged from 5% to 15%, depending on salary and position. Those who lost their jobs received a severance package that included health benefits.

Wednesday’s layoffs illustrate that even the Portland sports franchise is not immune to factors affecting Oregon’s economy. The state’s unemployment rate was 14.2% last month, a record high, and approximately 600,000 Oregon residents have applied for unemployment benefits since mid-March. That’s almost 1 in 3 workers statewide.

“Due to the global pandemic, the Trail Blazers organization has been significantly affected in our ability to host live events for the foreseeable future,” the team said in a statement. “As a result of these unprecedented circumstances, the organization has instituted a series of measures to prepare, including a reduction in our full-time workforce.”