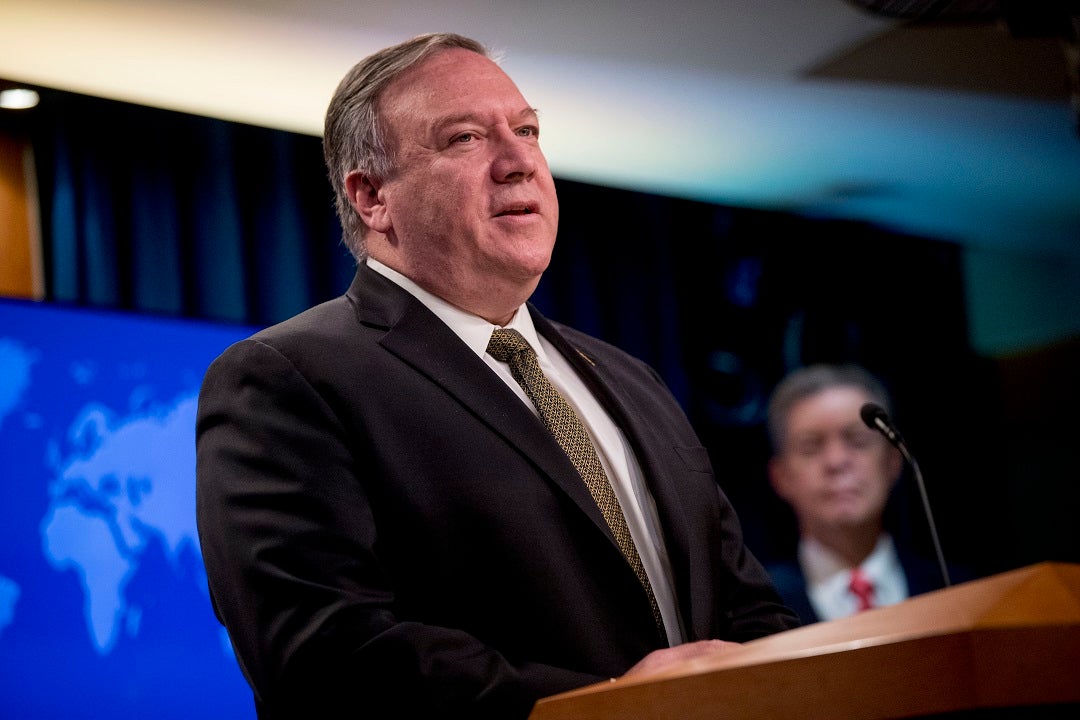 Eight companies in Iran were designated as companies working in the iron, steel and aluminum sectors affiliated with the Mobarakeh Steel Company, which had previously been subject to United States sanctions.

The United States also imposed sanctions on a Hong Kong-based Chinese company, known as Global Industrial and Engineering Supply Ltd., for providing graphite, a vital material in Iran’s metal industry, to Tehran in 2019.

“As part of our maximum pressure campaign, the United States designated eight entities connected to Iran’s metal industry and designated an entity that transferred material to Iran that is critical to Tehran’s metal plants,” Pompeo said in a statement.

The Revolutionary Guard is a branch of the Iranian armed forces and was designated a terrorist organization by President Trump in April 2019.

Iran reportedly uses the funds it receives from exports of its metal industry to provide funds to the Revolutionary Guard.

“Anyone who does business with [Revolutionary Guard] or making prohibited transfers of graphite to Iran runs the risk of sanctions, “Pompeo said.

The companies have also been added to the “blocked people” list, preventing them from entering the US.

The United States has imposed strict sanctions on Iran since President Trump withdrew from the Iranian nuclear deal in 2018, calling the Obama-era deal “rotten and rotten.”

Pompeo also urged the United Nations Security Council on Tuesday to indefinitely extend the arms embargo against Iran, which will expire in October.

China, which has had strained relations with the United States in recent months, has condemned the IAEA resolution and has said it will not support extending the arms embargo.

As US relations with Tehran deteriorate, China and Iran are building stronger ties, according to Iranian Foreign Minister Mohammad Javad Zarif, who said in a Tweet on Tuesday that “they reached a consensus on deepening the comprehensive strategic partnership between the two countries. “

The new round of sanctions is the latest attempt by the United States to prevent Iran from developing its nuclear capabilities, a strategy that, according to some security experts, will further destabilize nuclear non-proliferation in the Middle East and potentially globally.

“Today’s major actions block the ownership and interests … of these sanctioned entities and deny them access to the American financial system,” Pompeo said. “We will continue to exert maximum pressure on Iran until the regime decides to start behaving like a normal country.”