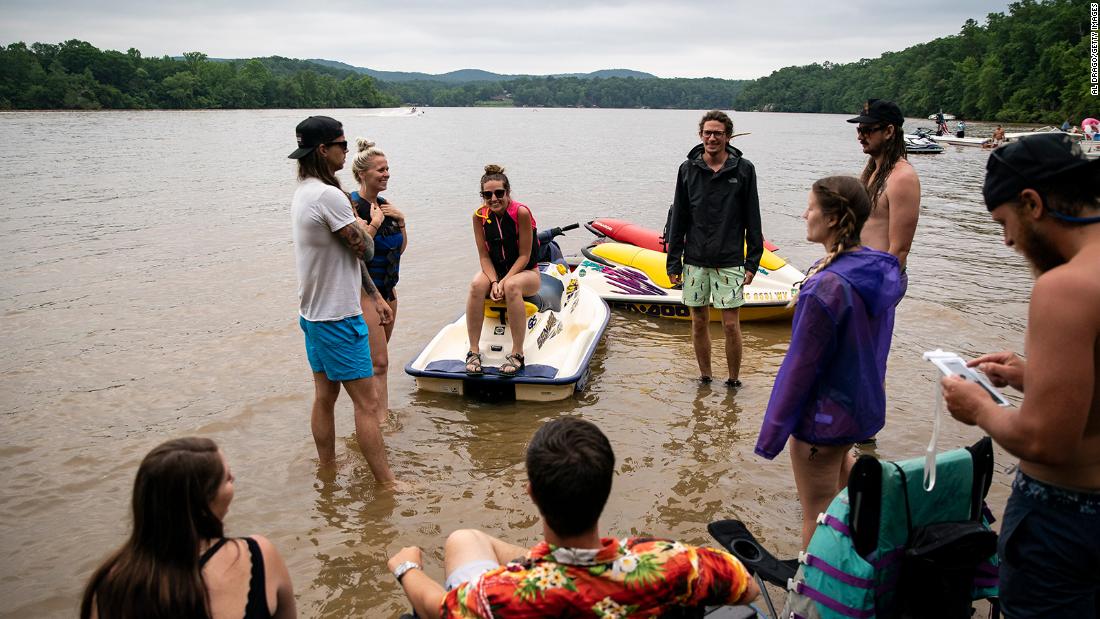 This ebb and flow of the latent threat followed by repeated devastating fires during the Australian spring and summer.

We are seeing a similar cycle of tragedy in the United States. SARS-CoV2 infections started as an invisible threat, with latent foci of infection in our communities earlier in the calendar year. It was not until an ember struck a susceptible population in nursing homes that we began to appreciate the seriousness of the threat we faced.
At the start of the pandemic, when we were all so unprepared, our focus was on the growing infections and deaths in our older and less healthy population. We have witnessed the same phenomena in Italy and Spain. Yes, people in their 40s and 60s were getting sick and infected, and many were hospitalized, but ICU wards in hospitals were predominantly crowded with older people and comorbidities.
At the time, some speculated that the differences in mortality were due to differences in the demographics of age of infected people.
In South Korea, with extensive early testing and an enviable contact tracking program, over 75% of infections occurred in people under the age of 60, and approximately 45% of infections occurred in people under the age of 40 .
In contrast, the US USA Initially they had the resources to evaluate only the sickest patients, and due to this limitation in evaluative capacity, the data leaned heavily toward those who were older and more likely to be hospitalized. The rate of viral infections in the elderly caught fire and burned, and in the effort to contain and stop this unfolding tragedy, we turned our eyes away from what was happening to younger people. What was and is its role in this pandemic?

The role of the young and healthy in this pandemic is beginning to unfold.

Young people in their 20s and 40s seem to be spreading the infection unnoticed. They become infected as easily as the elderly, but are much more likely to show mild or no symptoms. People in these age groups are the ones who have allowed the virus to spread through our communities and burst into flames when they come into contact with a susceptible population.

Unlike older populations, where the fraction of positive tests has decreased markedly over time, probably evidence that we are improving in the protection of vulnerable people, when we look at young people aged 18 to 49, we see that El The number of positive cases has remained more or less constant over time.
We are now seeing that more than 60% of all infections in the US USA They occur in people under the age of 50.

The bias in infection rate toward this younger age group, those less likely to have severe symptoms and outcomes, may explain why we are seeing a nationwide reduction in hospitalizations and death.

But emerging data on the infection rate for those under the age of 50 reveals that the segment of our population ages 20 to 40 may indeed be the driving force behind this pandemic.

A recent contact tracing study conducted in Japan showed how significant young people aged 20 to 40 are in initiating new clusters of infection. About 50% of all tracked groups (outbreaks in which at least five new people were infected) were started by this age group. A significant revelation from this research was that the majority of the index cases between 20 and 40 years of age showed no symptoms of disease at the time of contact with the people they infected.
Eighty-one percent of all new virus transmissions, resulting in clusters of outbreaks, occurred in the previous days or on the day of symptom onset. So these individuals were unintentionally infecting others before they experienced any symptoms of the disease.
Other data shows that these infected youth started outbreaks in bars, restaurants, gyms and concerts. This does not surprise anyone who follows the data, as this is a pattern that we have seen repeated in South Korea and that we are now observing in the United States.
One of the telltale outbreaks described in this tracking study was like at a live music concert where the case of a single person resulted in the infection of an interpreter, event staff, and audience members. In total, more than 30 people were infected at the concert.
Knowing that younger people are just as easy to infect, but show fewer and milder symptoms than those over 50, allows the virus to burn slowly deep in our communities.

We see this trend in the test results. However, if the virus continues to burn in this age group, with its increased mobility and importance within the essential workforce, it will only be a matter of time before we see that its infections cause hell of disease and death in vulnerable populations. .

For months, I have been particularly concerned about data in Florida. Florida appeared to have dodged a bullet after revelers on spring break in March, safely reopened in May, and the Covid-19 death rate has remained curiously low.
But deep down, the demographics of the new infections were changing. The median age of infected people dropped from 65 in March to 35 in June. We are now seeing a substantial increase in new daily cases in that state, a 300% increase in the past two weeks, which cannot be attributed to further evidence. We are probably seeing the rise of new infections due to increased mobility and great social media for younger people.
While the infection rate remains highest in this younger population, the burden on the health care system remains low. We know that there is a large group of susceptible people in Florida. We are seeing troubling signs in Miami-Dade as inpatients approach April peak, but hospitalization numbers are stable across the state.

However, I am afraid it is only a matter of time, before the virus reaches a home or workplace where people more susceptible to the worst results of the infection can be found.

A similar pattern is emerging in Arizona. Forty-seven percent of all cases belong to the age group of 20 to 44 years. However, unlike Florida, the virus has now reached vulnerable populations. We are seeing the number of patients admitted to the hospital with Covid-19 increase rapidly, and a worrying increase in the number of people with ventilators.

The embers of those young men have found their way to the ignition and have started a fire.

We need to start paying more attention to the role of the age group under 40 in viral transmission. And we have to do this soon. Its high mobility and complex social and employment networks provide the perfect opportunity for the virus to continue to burn in our communities.

We need to focus more efforts on fully characterizing its role in the transmission chains of asymptomatic and pre-symptomatic infections. One of the many reasons this is especially important is that universities are going to reopen to varying degrees of capacity in the fall, which will put the embers of youthful infections into classrooms with age, and I don’t see that end well.