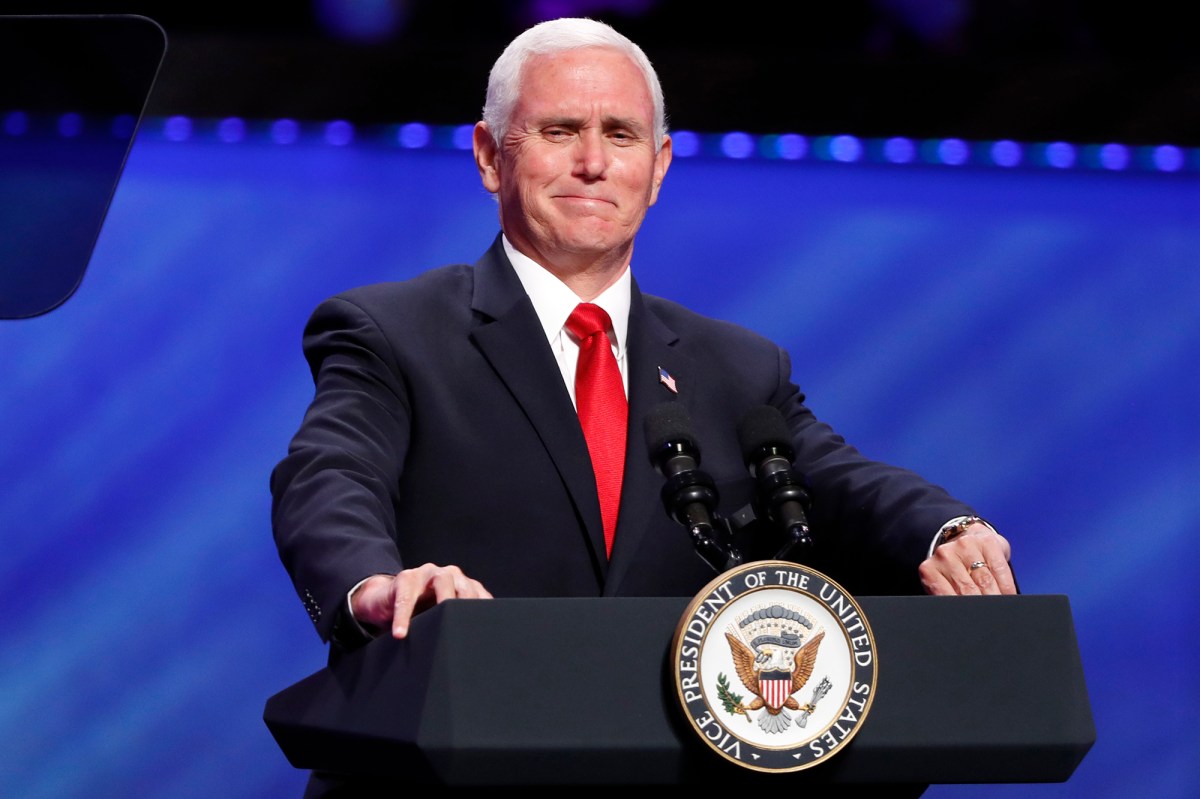 Vice President Mike Pence spoke to more than 2,000 people at an indoor rally in downtown Dallas on Sunday, then met with Texas Governor Greg Abbott, who warned that the coronavirus had taken a “very fast and very dangerous turn.” in the state.

Pence was wearing a mask when he arrived at the “Celebrate Freedom Rally” at First Baptist Church, which can house about 3,000 people, CNN said.

Approximately 2,200 people attended the optional mask event, the outlet said. At least 50 percent of the crowd was in masks, according to a group report.

“Working with its governor, we will prioritize the health of the people of the Lone Star state, and every day, we will continue to claim our freedom and our way of life, since every day we are one day closer to the day. We put this pandemic past, And when we do, with this Governor and this President, we will make Texas and the United States bigger and better than ever, ”Pence said, according to CNN.

Pence later met with Abbott, a Republican, and urged everyone to wear a face mask.

“President Trump wanted us to be here today with developments in the past two weeks with the growing positivity and the growing number of cases with a very simple message, and that’s for [tell the] Texas people: ‘We’re with you,’ ”said Pence, reported the Dallas Morning News.

Texas has become a hot spot for the coronavirus, with at least 143,371 cases reported and nearly 2,400 related deaths.