Pelosi says it is “totally outrageous” that Trump reportedly did not respond to intelligence that the Russians offered to pay Taliban-linked militants to kill US troops. 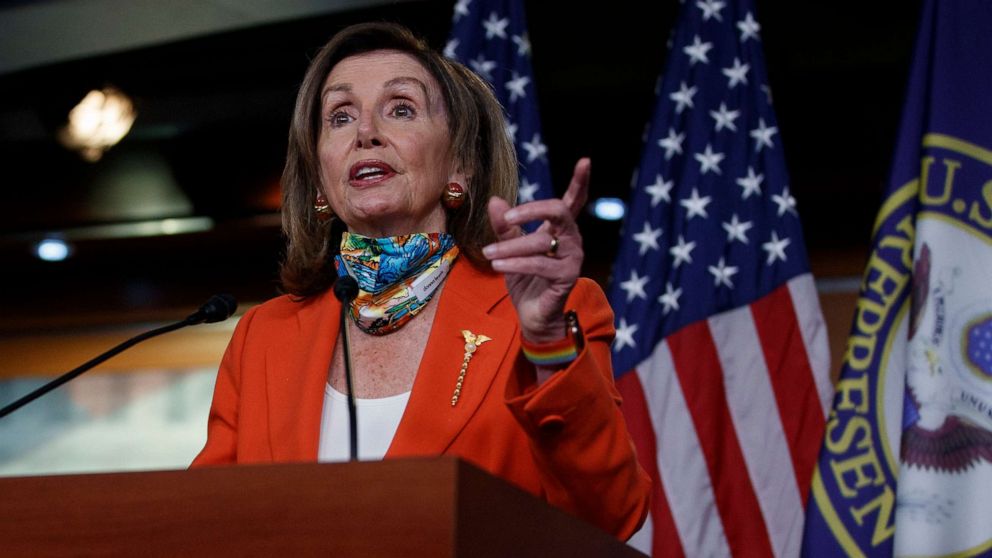 House Speaker Nancy Pelosi said on ABC “This Week” that it was “outrageous” that President Donald Trump did not respond to reports that Russian intelligence officials offered to pay Taliban-linked militants to attack US troops, and called the lack of a US response “lousy.”

“I don’t know what the Russians have about the political president, personally or whatever, but he wants to ignore Russia’s bad deeds,” Pelosi said Sunday in an interview with ABC News chief anchor George Stephanopoulos.

Pressured by Stephanopoulos on whether she believes that Russia has problems with Trump, Pelosi said: “How else would you explain his refusal to ignore, over and over again, the intelligence that puts participation in our elections at Russia’s door, for example?”

“Now, he says it’s fake news. Why would he say that?” she added.

The New York Times first reported on Friday that a Russian military unit secretly offered to pay Taliban militants to kill US troops in Afghanistan, and that Trump was informed of the findings.

A military officer confirmed to ABC News that Russian intelligence officers offered to pay the militants to kill US service members in Afghanistan. The official did not know if Trump was informed, but said that senior US officials have been aware of the Russian effort for months.

Pelosi, a member of the “Band of Eight,” the group of top Congressional leaders regularly reported on sensitive intelligence, said he was not informed of this matter.

“We have asked Congress for a report on this,” Pelosi said Sunday, adding that lawmakers will try to “find out” if Trump is informed.

He also expressed concern that intelligence officials may have been afraid to broach the issue with the president.

“You would think that the moment he found out about this, the president would want to know more instead of denying anything,” Pelosi said.

Pelosi echoed his saying that with Trump “all roads lead to (Russian President Vladimir) Putin,” a comment dating back to their confrontation at the White House last October, when the two spoke for the last time.

As coronavirus cases and hospitalizations continue to rise across the country, Pelosi told Stephanopoulos that he would support a federal mask mandate.

“Definitely, he’s been watching that for a long time,” he said. “I understand that the Centers for Disease Control has recommended the use of masks, but they do not require it, because they do not want to offend the president.”

He noted that the United States, which has more than 4% of the world’s population, has 25% of positive coronavirus cases and deaths.

“We have the worst record of any country in the world, and the president says we are making progress, or whatever,” he said. “This is life or death.”

The House of Representatives approved a $ 3 billion coronavirus relief and financing package in May, which was opposed by Republicans and the Republican-controlled Senate.

Pelosi, who negotiated the latest bipartisan package with Treasury Secretary Steven Mnuchin, said talks with him will take place “at the end of the deal.”

“Jurisdiction committees have their discussions, and when they come to a standstill it rises to all four corners of leadership,” he said. “When that comes to a standstill, we negotiate with the administration.”