Pastors promise to ‘defend’ houses of worship, ‘not to allow Christian heritage to be erased’ 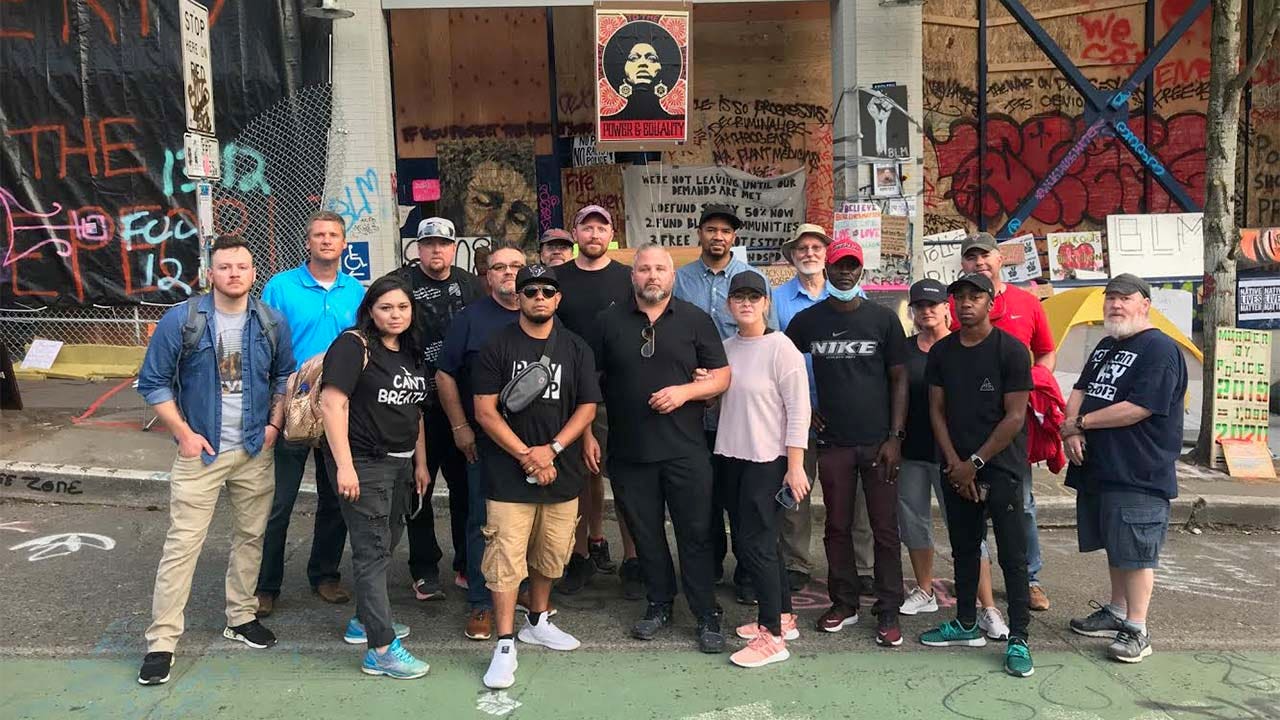 A group of evangelical pastors gathered in Seattle’s CHOP area earlier this week to pray and declare that they will defend the places of worship and statues of Jesus after activists asked to tear them down amid Black Lives Matter protests.

Brian Gibson, founder of the Peaceably Gather movement and pastor of His Church, denounced Shaun King’s call to remove the statues of “White Jesus” and other activists trying to remove Christian symbols and monuments in a movement that started with hatred and vandalism to Confederate statues.

“The Black Lives Matters leaders’ call to destroy images of Christ and disfigure places of worship is nothing less than a terrorist threat to people of faith,” Gibson told Fox News.

A group of evangelical pastors gather in Seattle’s CHOP area to pray and declare that they will defend places of worship from any form of attack.
(Courtesy of Peacently Gather)

“Christians across the United States must oppose this violent religious discrimination and defend the sacred land,” added the megachurch pastor. “This threat is particularly directed at the Catholic Church, and every Christian, despite his denomination, and every person of the Good Book, must unite in unity against this evil.”

Gibson launched the Defensive Church Initiative, which says churches will prosecute vandals or agitators to the full extent of the law, including seeking hate crime designations for any attempt to desecrate church property or symbols. religious.

It occurs when the St. John’s Episcopal Church in front of the White House in Washington, DC was smashed this week for the second time after President Trump raised a Bible in front of the church after it was burned down. Trump is expected to sign an executive order protecting the monuments and statues that are being torn down.

Pastor Brian Gibson, founder of the Peaceably Gather movement and leader of His Church, prays with a Black Lives Matter protester near the CHOP area in Seattle.
(Courtesy of Peacently Gather)

The Initiative would also hold government leaders who refuse to respond to attacks on church and property accountable, as well as affirming the right of churches to use physical force to protect their property and safety if absolutely necessary.

Pastor LaShund Lambert of the Church of the Resurrection in Auburn, Washington, said it is “despicable” to see the attacks when “we should be talking about racial reconciliation, equality, justice and fair treatment by law enforcement.”

Gibson, who previously called on public officials to reopen places of worship amid coronavirus restrictions and called for an end to the riots after protests turned violent after police-related George Floyd’s death in May. He now calls pastors to defend places of worship and “not allow our Christian heritage to be erased in America.”