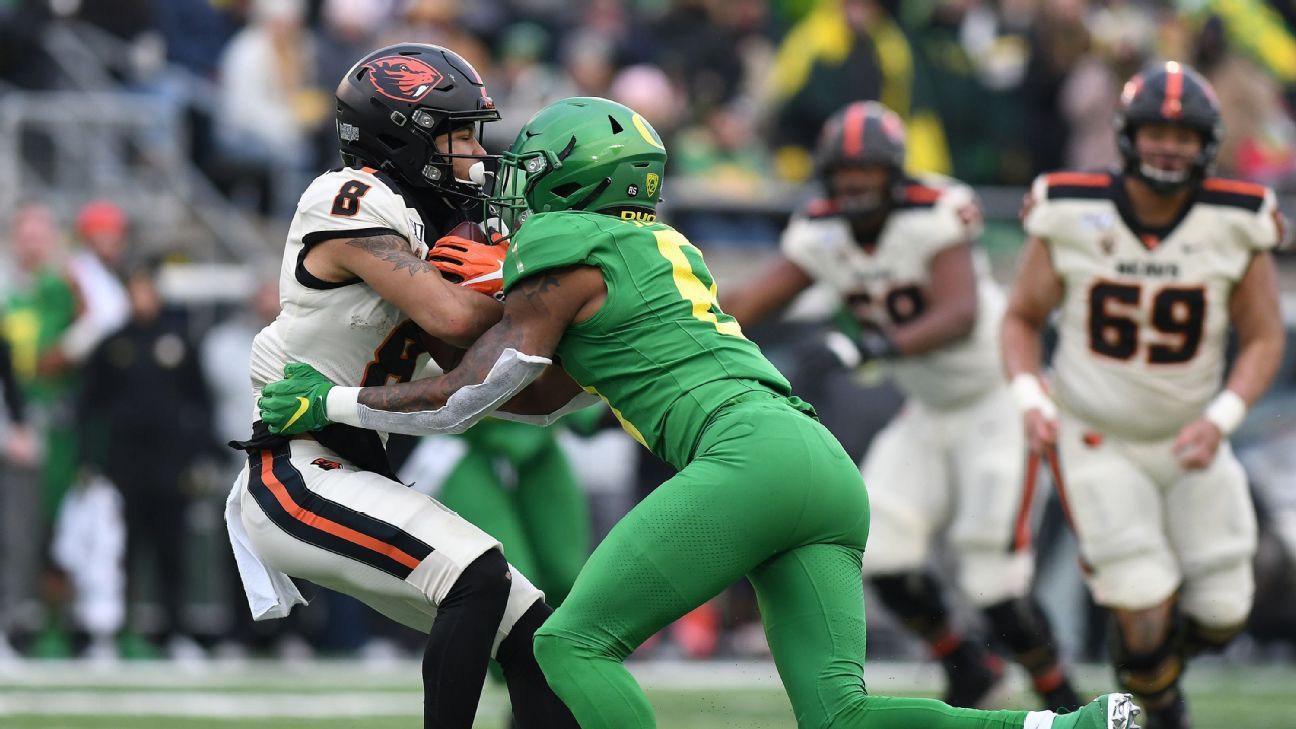 Oregon and the State of Oregon will no longer use the phrase “Civil War” to promote rivalry games between schools.

In a joint announcement on Friday, the schools said they made the decision after talks with current and former university officials and student-athletes at both schools.

“Changing this name is overdue as it represents a connection to a war waged to perpetuate slavery,” Oregon State President Ed Ray said in a statement. “Although it is not intended to be a reference to the actual Civil War, the OSU Sports Competition should not provide any misinterpreted references to this divisive episode in United States history. That we did not act before to change the name was a mistake. We do it now , along with other important actions to advance equality of opportunity and justice for all and in recognition of Black Lives Matter. “

Schools across the country are reviewing longstanding traditions, school applause, stadium names, building names, and statues on campus in the wake of protests surrounding the death of George Floyd as a call to action to address the racial injustice.

Oregon Athletics Director Rob Mullens pointed to former Ducks quarterback Dennis Dixon as a catalyst for change when he asked if the term should continue to be used.

“We all need to recognize the power of words and symbolism associated with the Civil War,” said Mullens. “This mutual decision is in the best interest of both schools, and I would like to thank [Oregon State athletic director] Scott Barnes for his diligence as we work through this process. We look forward to our continued and fierce in-state rivalry with the state of Oregon in all sports. “

The rivalry between the state of Oregon and Oregon ranks fifth in college football for most games played. The Oregon-Oregon State series holds the collegiate record for most men’s basketball games played at 354.