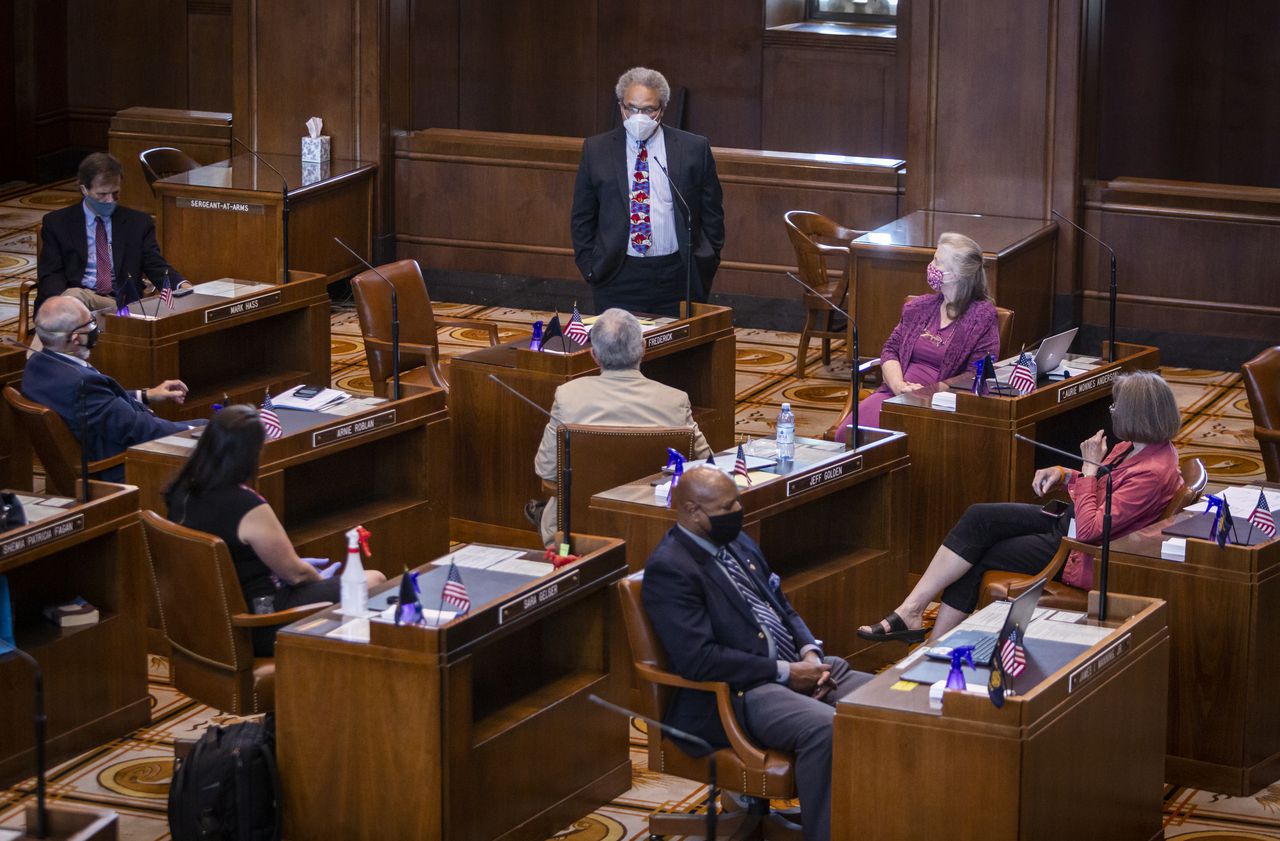 For the third consecutive day, Oregon reported more than 200 new cases of coronavirus.

The Oregon Health Authority reported 247 new cases of coronavirus on Sunday. The day before, there were 277 new cases and, on Friday, 250. The agency reported no new deaths.

The record 278 cases was set 16 days ago in June, fueled by the state’s largest outbreak to date, at a church in Northeast Oregon Union County.

Umatilla County has seen its cases skyrocket after an outbreak at Lamb Weston, a food supplier.

Since the Lamb Weston investigation began on June 16, Umatilla County has registered 335 new coronavirus cases, 72% of its 467 total cases.

Authorities did not offer an explanation for the large increase in cases in the past three days, but cases have been on the rise for a month. Public health experts have said the increase is the result of Oregon’s reopening, which began in most counties on May 15, and of Oregonians who have failed to follow public health measures.

On Friday, the Oregon Health Authority said residents should prepare to see “exponential growth” in coronavirus infections in the next three weeks, with approximately 900 to 5,000 new daily infections possible under moderate to pessimistic models.

Oregon’s figures reflect a national trend. According to The New York Times, more than 20 states are seeing upward trends in new cases.

Body count: The 202 people who died were from 16 counties: 69 people from Multnomah, 41 from Marion, 24 from Clackamas, 20 from Washington, 12 from Polk, nine from Linn, eight from Yamhill, five from Benton, four from Umatilla, three from Lane , two from Lincoln and one from Josephine, Malheur, Morrow, Union and Wasco.

Their ages ranged from 36 to 100 years old. Among them, 114 men and 88 women have died. All but six had underlying medical conditions.

No new deaths were reported on Sunday.

How the disease is spreading: Part of the problem is that contact trackers have been unable to identify the sources of a disturbing percentage of new cases – a third statewide.

In the Portland metro area, they have not identified sources for 34% of cases in Washington County, 42% in Clackamas County, and 45% in Multnomah County, according to the latest data available from 15 to June 21.

Public health officials have set a goal of keeping those numbers below 30%, which they say is necessary to keep the spread of the disease under control.

Officials say that, aside from the significant proportion of unknown sources, they know that the disease is spreading through outbreaks in food processing plants, group living situations such as nursing homes and prisons, and during social gatherings when friends and Family members get too close, don’t wear Masks or gather indoors.

Oregon’s Latino population has been disproportionately affected by the coronavirus. Although Latinos represent 13% of the state’s population, they represent about 35% of all positive cases.

Tests: The number of tests performed was not immediately available on Sunday. Public health officials have said, however, that the disease is spreading further. The higher numbers are not just due to further testing.

Hospitalizations: The number of confirmed COVID-19 patients in state hospitals remained at 98 on Sunday. That has more than doubled since June 2, when hospitalizations hit a state low during the pandemic.

Currently, 39 patients are in intensive care units and 27 are on ventilators.

At least 1,022 of the state’s COVID-19 patients, or 13%, have been hospitalized at some point during their illness, according to state officials.

Recoveries: At least 2,649 patients with COVID-19 have recovered from the disease, according to the latest published numbers.

At the national level: More than 2.5 million people have been diagnosed with the disease, and 125,000 are known to have died.