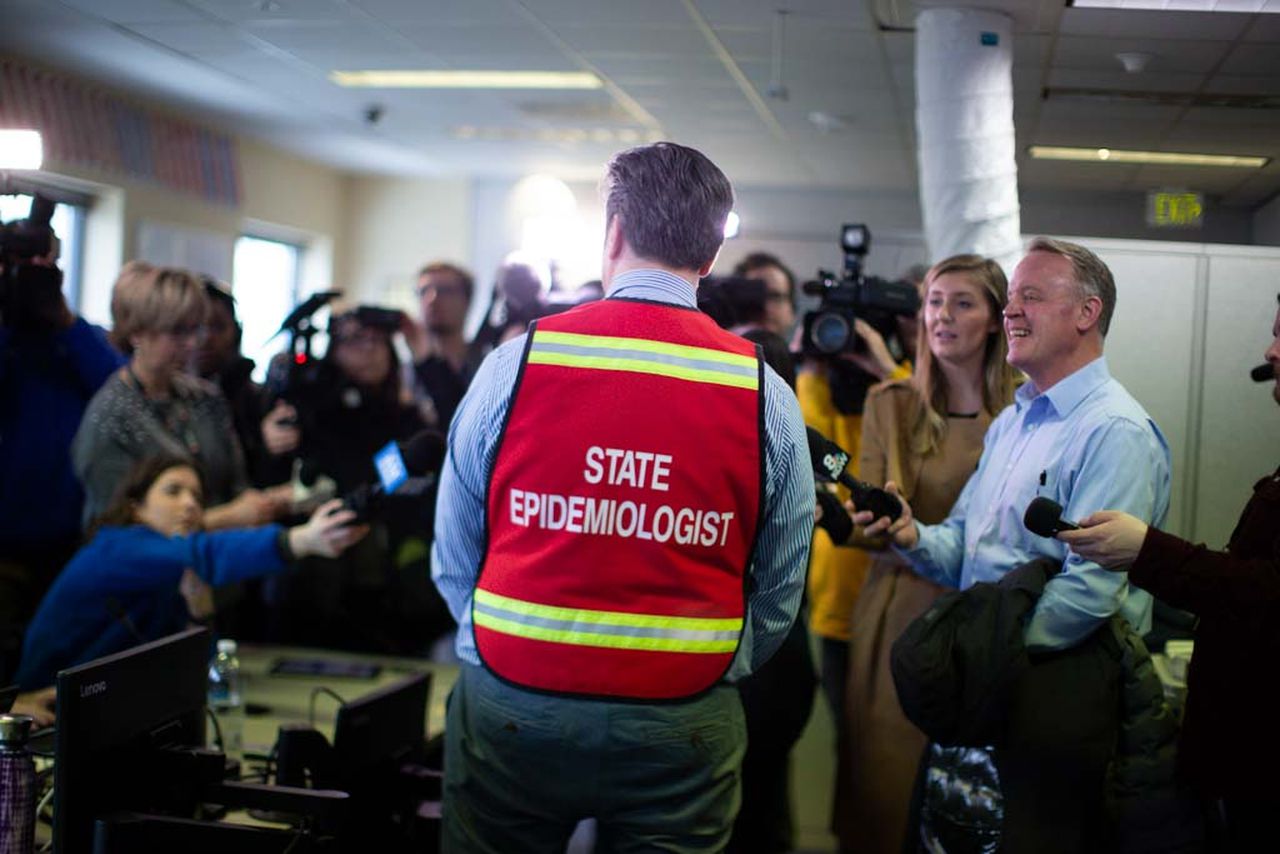 Oregon should prepare for “exponential growth” in new coronavirus infections in mid-July, according to the latest model released Friday by the Oregon Health Authority.

The gloomy forecast suggests that Oregon could see anywhere from 910 new infections a day to a staggering 5,030 a day by July 16, depending on the level of spread.

Hospital admissions could hit 27 a day in the moderate setting, a threshold that Oregon only exceeded once during the pandemic, a week after Gov. Kate Brown ordered residents to stay home.

The pessimistic scenario suggests that admissions could hit 82 per day, a staggeringly high number that could challenge hospital systems across the state.

State health officials also modeled an optimistic third scenario that would represent a slowdown in the spread of the pandemic. But they largely dismissed that as implausible, given the state’s record high level of identified infections this month.

Oregon’s non-optimistic forecasts “demonstrate that increases in transmission, if sustained, would lead to exponential growth in new infections,” the officials wrote.

Modeling is not a predictor of what will happen and is instead used for planning purposes. But the forecasts are calculated based on Oregon’s current trend lines, and the state’s pessimistic model from two weeks ago appears to be largely prophetic.

That prior worst-case forecast, released June 12, indicated that Oregon could reach more than 1,000 new infections a day before July 4. Modeling indicates that Oregon has identified only a fifth to a quarter of actual infections, and last week’s identified infections have averaged over 150 per day.

“It would be very difficult for us to contain the same level of care that we would like as we open up,” Dr. Dean Sidelinger, the state health officer and epidemiologist, said of 1,000 cases per day.

“So I hope that doesn’t happen.”

Oregon Health Authority officials will be available today at 11 am to speak to reporters about the latest models.

The model suggests that coronavirus transmission has increased since the Oregon governor allowed most counties to reopen on May 15, but the degree of change was “informed by hospitalization and diagnostic data, not by the supposed effect of no policy, “state officials wrote.

The Oregon Health Authority executed the forecasts using software from the Institute of Disease Modeling. Authorities assume that approximately 4,000 Oregonians will be evaluated each day in the future.

The model appears to show that Oregon had recorded between 20,000 and 25,000 actual infections as of June 18, with a number greater than 5,000 actually identified. (The report does not quantify every figure, and the attached line charts are difficult to pin down precisely.)

Using the past as a baseline, officials projected what could happen in the coming weeks. But they wrote that they faced some challenges, noting that infection levels are increasing, but so is the number of people tested.

“Our ability to accurately estimate how much transmission has recently changed is hampered by data limitations for both hospitalizations and diagnosed cases, as well as changes in testing practices,” they wrote.

Oregon’s most optimistic scenario could lead to new infections of about 180 per day, bringing the cumulative total since the start of the pandemic to 27,500 by July 16. It assumes that the recent increase in infections this month has been the result of an increase in testing, not an increase in transmission, that officials considered unlikely and implausible.

The moderate prognosis suggests 910 new infections per day, reaching 38,300 infections accumulated in the middle of next month. Oregon’s recent increase in identified infections is assumed to be due to both increased testing and increased transmission.

The pessimistic forecast describes 5,030 new infections per day, bringing the cumulative infections to 78,100 in mid-July, roughly triple the numbers as of June 18. He assumes that the increase in Oregon infection count was fueled by increased transmission rather than more testing and increased tracing contact.

But the model does not take into account the recent governor’s order requiring residents to wear masks in seven Oregon counties. Nor does it take into account other efforts that could be implemented in the coming weeks to curb the spread.

Authorities found the two-week-old model so concerning that it was part of the reason Brown chose to pause the reopening of Multnomah County, though he eventually approved it.

Oregon so far has had few overall identified infections and deaths compared to other states across the country. As of Thursday, the state had 7,444 confirmed or suspected infections and 195 deaths.

Identified infections have increased across the country in recent weeks, exceeding the daily highs of the previous pandemic. States like Arizona, Texas, and Florida are seeing the most new cases. Deaths across the country remain below maximum levels.

Oregon’s breeding number, the number of new infections transmitted by an existing infection, is currently projected at approximately 1.23, according to independent figures that are not part of the state model, but are mentioned in the report. That is the twelfth highest nationwide.

The official state model for forecasting through July 16 assumed a reproductive number of 1.4 to 2.