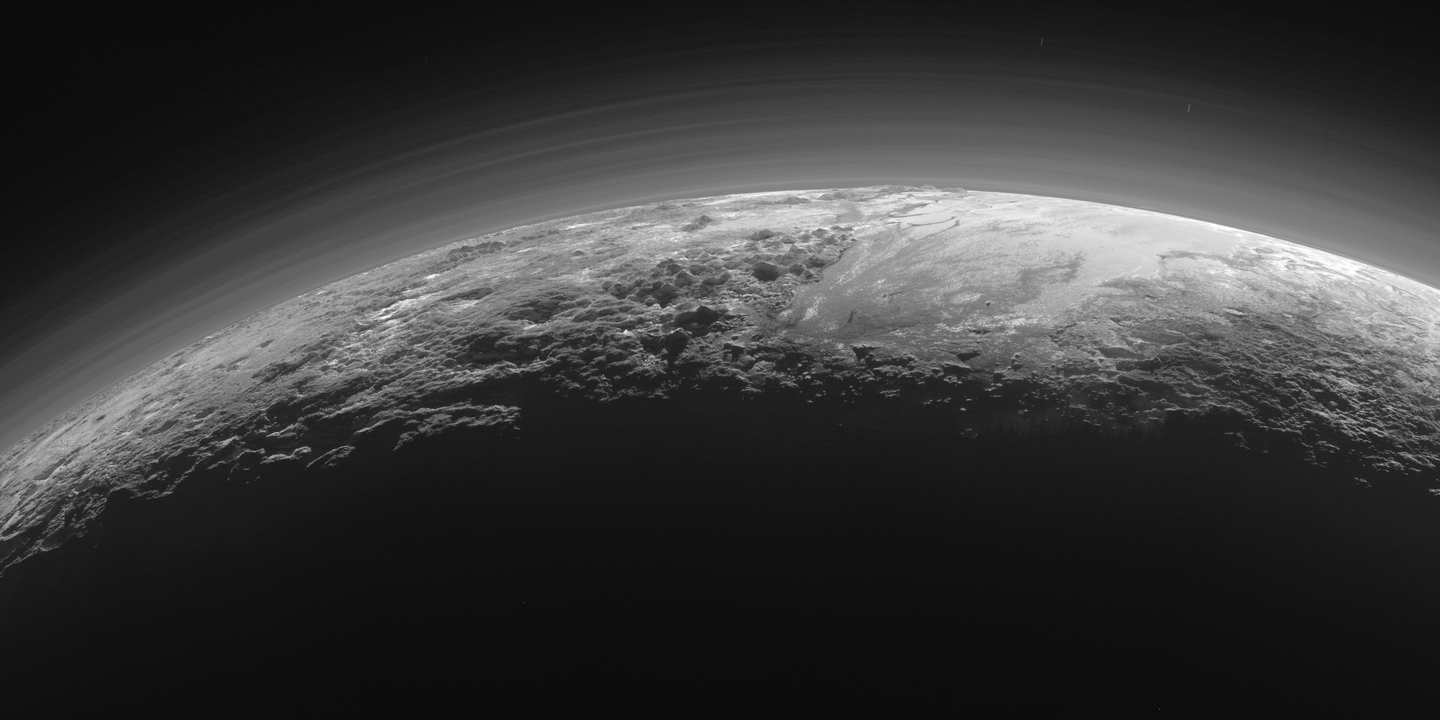 When NASA’s New Horizons spacecraft was compressed by Pluto in 2015, it took stunning images that revealed intricate details on the frozen surface of the dwarf planet.

Scientists have long believed that Pluto’s ancient underground sea slowly formed over millions of years as radioactive decay melted ice on the dwarf planet. New research suggests that the frozen world may have had a “hot start,” where the heat from meteorite impacts trapped inside the proto-dwarf planet quickly and violently formed a vast underground sea.

To search for clues to the dwarf planet’s early years, a team of researchers from the University of California, Santa Cruz and the Southwest Research Institute investigated the vast treasure trove of images taken by the New Horizons spacecraft. Like sculpted valleys and high mountains carved into Earth’s surface, Pluto’s surface features reveal information about how the world formed. The team published their results on June 22 in the journal Nature Geoscience.

After analyzing the strange features of the dwarf planet’s surface, the team created a series of computer models that explored the different ways the planet might have formed. “If it started to cool and the ice melted internally, Pluto would have contracted and we should see compression characteristics on its surface, whereas if it started to heat up it should have expanded as the ocean froze and we should see extension characteristics in the surface, “said the planetarium. Scientist Carver Bierson, a graduate student at UCSC, said in a statement.

The team only found evidence of extensional characteristics, both ancient and modern, suggesting that a short, violent birth may have given way to an early ocean. The team then calculated what it would take for the dwarf planet to start as a hot body. Two scenarios explain how early Pluto brought in the heat: the energy of the radioactive decay either heated the proto-dwarf planet or, most likely, was bombarded by nearby material, and the energy of these impacts would have stimulated melting.

However, timing matters. According to his calculations, if Pluto’s formation took too long, the heat created by the gravitational energy from these impacts would have escaped into space. Then the formation of Pluto would have had to be rapid, geologically speaking, on the order of about 30,000 years. The researchers also suggest that this could change our understanding of how other Kuiper Belt objects such as Eris and MakeMake were formed.

But there is still much more to explore in the frozen world. When New Horizons appeared, it was only able to capture a small fraction of Pluto’s surface in great detail. “Perhaps by chance, we missed old terrain that registered compression on a large scale,” Bierson told Space.com. “You can imagine that if you only looked at the geology of a quarter of the Earth’s surface, you could learn a lot, but it would also lack some context. For now, we can only work with what we have.”