On the north side of Minneapolis, residents question calls to refine the police: “Is it going to become World War III?” 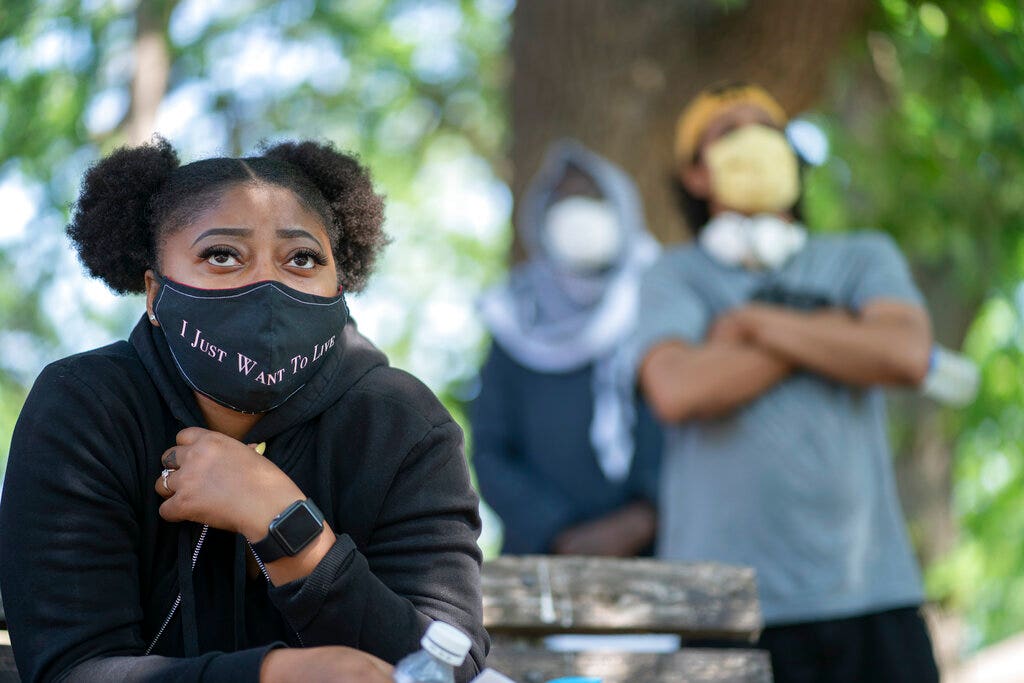 “Defund the police” has become a rallying cry over national protests against police brutality following the death of George Floyd. But many Minneapolis residents remain convinced that doing so will do more harm than good.

Since Floyd’s death on May 25 while in police custody, more than 110 people have been shot, according to police.

Steven Belton, president and CEO of Urban League Twin Cities, told the Star Tribune that he has noticed a “significantly dramatic rebound” in violent crime since June 7, the day nine members of the Minneapolis City Council announced a veto test push to dissolve Minneapolis Police Department.

Cierra Hurst, from Brooklyn Park, Minnesota, who grew up in Minneapolis, attends a meeting at North Commons Park in Minneapolis on how to address issues with the Minneapolis Police Department.
(Star Tribune via AP)

Belton said he supports the department’s reform, but called the city council’s move irresponsible. He also criticized council members for not consulting with people who are directly involved with the black community.

He said violent people “have used that bite” to discourage the police “as an indication that there is no consequence, that there is no police surveillance, and [concluded] that they are free of what they want to do. ”

Keion Franklin, a Minneapolis resident who participated in the protests after Floyd’s death, told the Tribune that underfunding the police would be disastrous for the north side of the city, which has a higher crime rate.

“I know that on one side of town, it looks beautiful to be disbursed,” Franklin said from the Merwin Liquors parking lot as investigators marked caps that fell inches from where he had driven his car. “But here, on this side of the city, I’m scared if you take money from the police … Is it going to become World War III around here?”

Franklin suggested that cases of police brutality could decrease if more officers lived in the communities where they guarded. According to the Tribune, only eight percent of Minneapolis police officers live in the city.

Lawmakers have been grappling with legislation to reform the police in the United States. Last week, Senate Republicans unveiled their Justice Law Police Reform legislation to hold officers accountable with an improved use of force database, pursue restrictions on bottlenecks, and create new commissions to study the law enforcement and race.

But on Wednesday, Senate Democrats blocked passage of the bill. The Senate voted 55 to 45 on the measure, falling below the 60 votes needed to pass.

The impasse threatens to turn national protests over the deaths of George Floyd, Breonna Taylor and others into another time that galvanizes the nation but leaves lawmakers unable to act.

Democrats have refused to agree to open the debate as they press for further changes in police tactics and accountability.

“If you don’t think we’re right, do better, don’t go,” implored Senator Tim Scott of South Carolina, the only black Republican senator and author of the Republican bill.

Senate Majority Leader Mitch McConnell criticized Democrats for engaging in “political nonsense.” Still, he promised to try again, hoping to pass legislation before the July 4 vacation break. McConnell changed his vote to no, a procedural step so he could quickly reconsider.