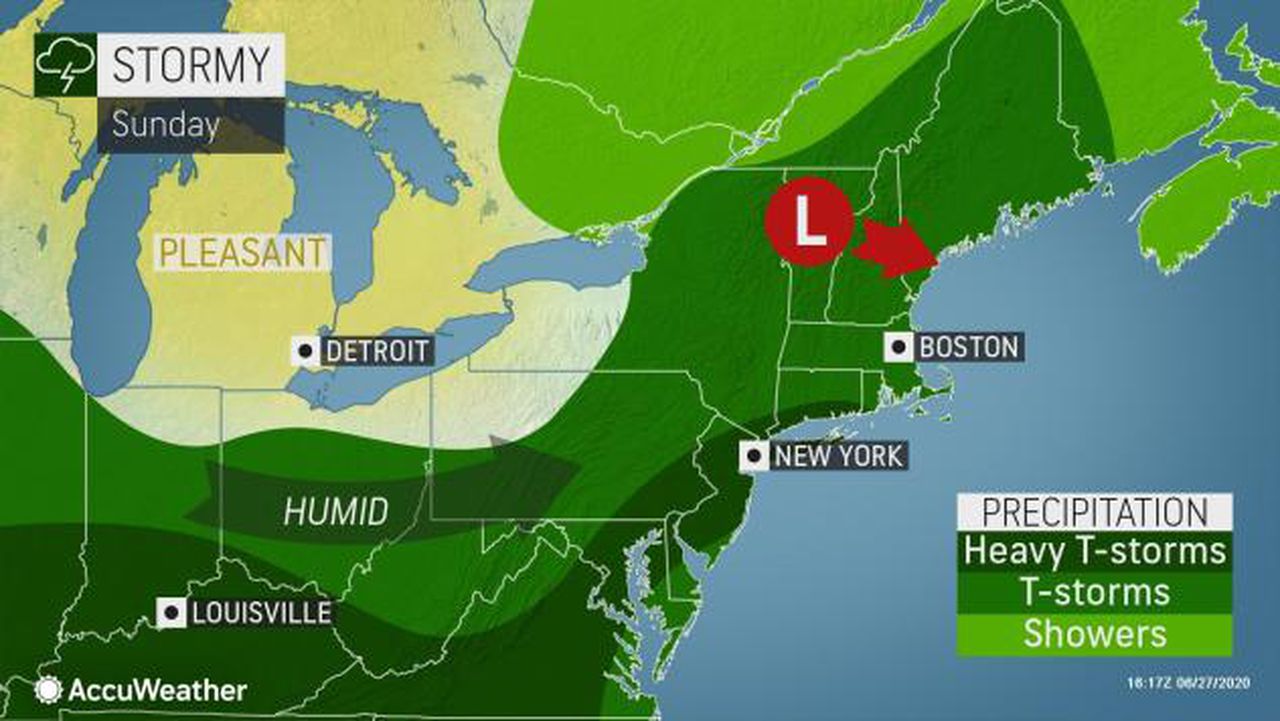 Another round of afternoon storms could disrupt outdoor activities on Sunday on a hot and humid day in New Jersey with the potential for strong gusts of wind, lightning, and a possible small hail forecast.

While there is a storm threat across the state, northern New Jersey has an increased risk of “strong to severe” storms that could appear at any time of the night, the National Weather Service said. There is also a secondary threat of one-inch hail in the five northeastern counties, according to the weather service. Wind gusts of up to 70 mph are possible.

A severe thunderstorm over northern Sussex County at 1:30 pm was also accumulating 60 mph gusts and large hail. Damage to roofs, siding, windows, and vehicles was expected.

Temperatures are already in the low 80s in most of the state as of 10 am and will rise to the upper 80s and low 90s in the mid-afternoon when the first storms could sweep across the state.

“It’s mainly a mid-afternoon to late afternoon threat,” said Johnathan O’Brien, a meteorologist with the National Weather Service at Mount Holly. “We are pretty sure there will be some storms, it’s just a question of where they will appear.”

The storms will move to New Jersey from the northwest before moving toward the Jersey shore.

Any severe storm with gusts greater than 60 mph would be very isolated, albeit with most gusts 30 to 40 mph.

While the rain might last a little longer in South Jersey, most of the rain should be gone by 7 or 8 pm at the latest, O’Brien said.

Sunday’s storms are not expected to be as fierce as they were on Saturday when Seaside Heights received 1.26 inches and Toms River collected .9 inches, according to the state climatologist’s office.

Monday should be sunny and dry with temperatures back in the 80s before there are new opportunities or rain on Tuesday, Wednesday and Thursday. None of the days will be expected to be washed in the three days.