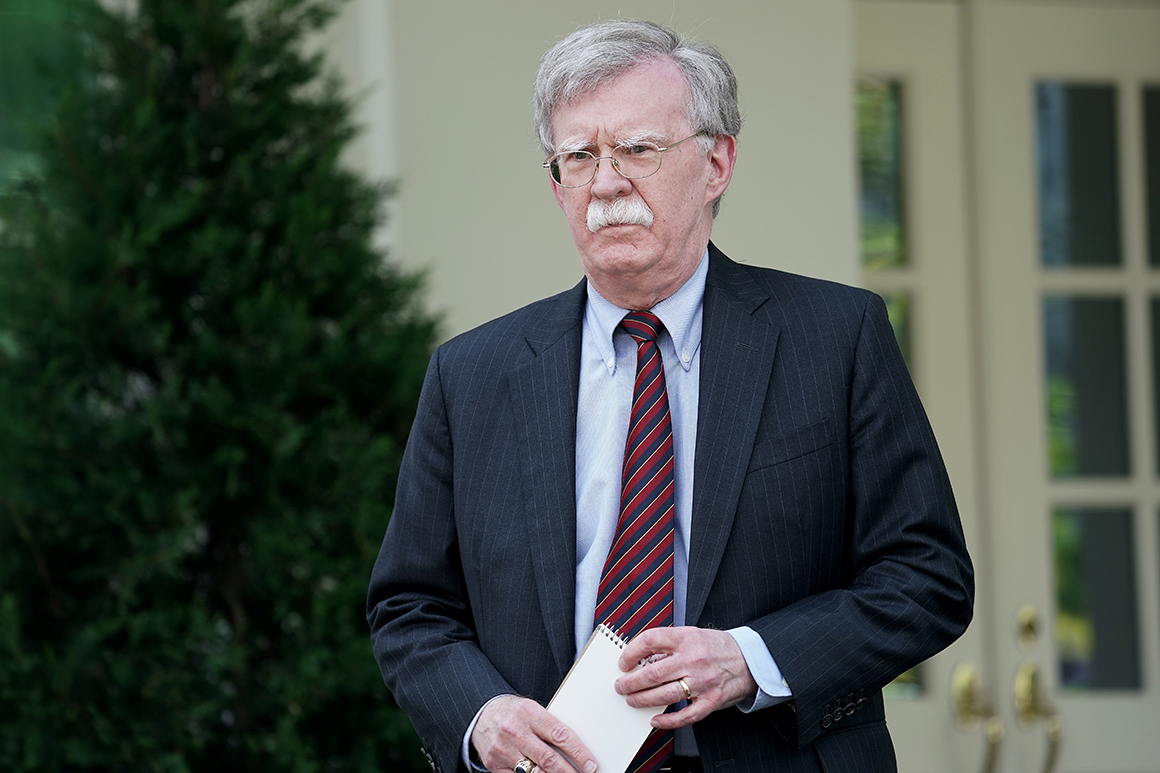 Former government officials and advocates of transparency have long complained that the process of authorizing book publishing is often lengthy and maddeningly opaque.
An attorney behind the new lawsuit, Kel McClanahan, said the National Security Council’s arrangements for handling manuscripts are even murkier than for places like the CIA.

“The NSC by its own admission does not follow any established rules when conducting a pre-publication review,” said McClanahan.

“The Bolton case describes a pre-publication review process driven by the whims of political appointees in the White House, wrapped up in deferential courts that traditionally give the Intelligence Community on national security issues,” he said. “The public deserves to know whether the closed-door claims about Bolton’s book withstand the scrutiny of a skeptical judge in a more demanding FOIA context.”

The lawsuit follows up on FOIA requests filed earlier this year by prominent legal blogger and attorney Devin Stone. Stone says he suspects that the policy infected Bolton’s manuscript revision.

“Was there any political consideration in terms of preventing John Bolton from saying certain things?” Stone asked in a video posted on his YouTube channel, Legal Eagle. “Did the government prevent you from saying unclassified information that you had the right to say because it was politically damaging? Not surprisingly, the government has stymied our FOIA requests … We are committed to bringing this to the canvas. “

The lawsuit names half a dozen government agencies that appear to have been involved in the review process, including the CIA, the Department of Defense, and the Office of the Director of National Intelligence.

The Justice Department filed a lawsuit against Bolton last week, accusing him of defying the review process and moving ahead with the publication of a book containing highly classified information. A judge rejected the government’s request for a court order, saying it was useless because advance copies of the book were already circulating.

The new FOIA lawsuit represents another potential window in that review, but faces a major hurdle: the entity that oversaw the process, an office in the National Security Council, is considered outside the scope of the Freedom of Information Act.

In the decades following the publication of the modern FOIA law in 1974, the NSC and some other parts of the White House complied with FOIA requests. But, over the years, the courts have narrowed the scope of the law in the White House.

In 1996, a divided DC Circuit panel ruled that the NSC was off limits under FOIA, because it lacked independent authority. In 2016, the New York-based 2North Dakota Circuit affirmed that conclusion.

Public access to records about the mechanics of White House operations was also delayed in 2009 when the DC Circuit ruled that the White House Office of Management was outside the scope of FOIA.

Those limits have haunted advocates of left and right transparency. McClanahan said he hopes the lawsuit will reverse those limits, at least in part.

The lawsuit argues that NSC’s “leadership” that handles information security and reviews like Bolton’s book should be treated like other parts of the White House that must respond to FOIA requests, such as the Office of Administration and Budget and Office of Scientific and Technological Policy.

McClanahan, who heads the pro-transparency organization, National Security Advisers, said he hopes the lawsuit will contribute to efforts to reform the publication review apparatus.
“The entire pre-publication review system is based on the idea that the executive branch must be trusted not to abuse it,” he said. “If this case shows that that trust is being betrayed, it’s time to fix the system.”