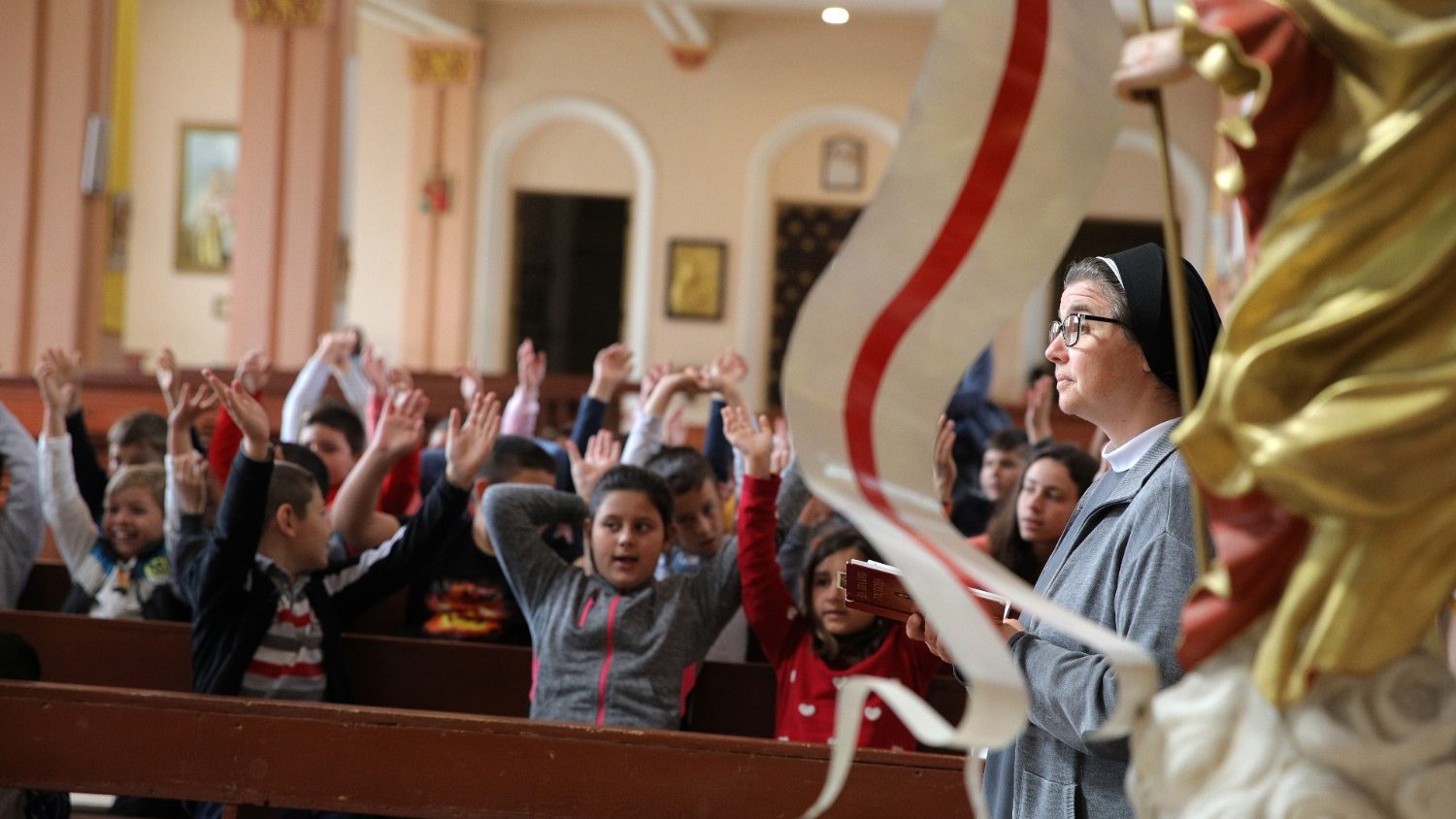 The Pontifical Council for the Promotion of the New Evangelization publishes a new Directory for Catechesis, which provides guidelines for the Church’s mission to proclaim the Gospel through catechesis and evangelization.

The long-awaited updated directory for catechesis was released at the Vatican on Thursday. It was written under the direction of the Pontifical Council for the Promotion of the New Evangelization. It was approved by Pope Francis on March 23, the liturgical monument of San Turibio de Mongrovejo, a 16th century saint who gave a strong impulse to evangelization and catechesis. This latest edition comes as a follow-up to the “General Catechetical Directory” of 1971, and the “General Directory for Catechesis” of 1997, both issued by the Congregation for the Clergy.

The new Directory seeks to highlight the close link between evangelization and catechesis. He underlines that each baptized person is a missionary called to find new ways to communicate the faith with commitment and responsibility. In this sense, the new Directory proposes three main principles of action: Testimony, Mercy and Dialogue. The new Directory contains more than 300 pages, and is made up of 3 parts divided into 12 chapters.

The first part, entitled “Catechesis in the evangelizing mission of the Church”, deals with the formation of catechists.

The Directory notes that to be credible witnesses to the faith, catechists must be “catechized before being catechists.” This implies working with gratuitousness, dedication and integrity, in accordance with a missionary spirituality that is an antidote against “sterile pastoral fatigue”.

Catechists are also called to be vigilant in carrying out their specific tasks “to guarantee absolute protection for all people, particularly minors and vulnerable people.”

The second part, “The Catechesis Process”, underlines the importance of a “deep and effective communication model”. It proposes the use of art through the contemplation of beauty as a means to connect with God, and sacred music as a way of instilling the desire of God in the hearts of people.

The role of the family also stands out. There, the evangelized can live the faith in a simple and spontaneous way. It is also where people can receive Christian education in a humble and compassionate way.

Faced with new family scenarios in contemporary society, Christians are called to accompany others with closeness, listening and understanding to restore hope and trust for all.

A culture of inclusion.

The Directory also highlights the importance of “welcoming and recognizing” people with disabilities. He emphasizes that they are witnesses to the essential truths of human life and should be received as a great gift. Their families also deserve “respect and admiration.”

Similarly, catechesis must focus on the acceptance, trust and solidarity of migrants, who, far from their homeland, may experience a crisis of faith. Migrants must be supported in the fight against prejudice and the serious dangers they may face, such as human trafficking.

Preferential option for the poor, catechism for prisoners.

The Board calls for attention to be given to prisons, describing them as a “real mission land”. He proposes that for prisoners, catechesis should be the proclamation of salvation in Christ, as well as careful listening that shows the maternal face of the Church.

As for the poor, catechesis must educate people about evangelical poverty. It must also promote a culture of brotherhood and foster indignation among the faithful against the situations of misery and injustice suffered by the poor.

Parishes, schools and associations of the Church.

The third part, entitled “Catechesis in Particular Churches”, is dedicated to catechesis in parishes, ecclesiastical movements and other Church associations.

Parishes stand out as “examples of community apostolate” that should provide creative catechesis tailored to people’s life experiences. It is also recognized that other associations of the Church have “a great evangelizing capacity” that adds to the “wealth of the Church”.

With regard to Catholic schools, the Directory proposes a movement from being “school institutions” to becoming “school communities” of faith with an educational project based on the values ​​of the Gospel. He also points out that the teaching of religion is different but complementary to the catechism.

Stressing that “the religious factor is an existential dimension that should not be overlooked”, the Directory affirms that “it is the right of parents and students” to receive comprehensive training that takes into account the teaching of religion.

The Directory points out that ecumenism and interfaith dialogue with Judaism and Islam is a special area for catechesis. Catechesis must “encourage the desire for unity” to make it a true instrument of evangelization.

It calls for a dialogue that fights anti-Semitism and promotes peace and justice with Judaism. At the same time, he urges the faithful to avoid superficial generalizations in order to foster dialogue with Islam.

In our contemporary context of religious pluralism, the Directory calls for catechesis that can “deepen and strengthen the identity of believers”, promoting their missionary impetus through witness, as well as “friendly and cordial” dialogue.

Technology and the digital world.

The Directory reaffirms that science and technology are at the service of the person and should be aimed at improving the living conditions of humanity.

He proposes that catechesis be directed towards educating people in the proper use of digital culture, which has good and bad elements. Catechesis should also focus on helping young people distinguish truth and quality amidst the “culture of the instantaneous.”

Other issues highlighted by the Board include the call for “deep ecological conversion.” Catechesis promotes this conversion through attention to the safeguarding of creation and the avoidance of consumerism.

He also stresses that catechesis is to inspire work in accordance with the Social Doctrine of the Church, with special attention to defending the rights of the weakest. Furthermore, it encourages the development of catechetical material produced at the local level and organization at the service of catechesis, including the Synod of Bishops and Episcopal Conferences.