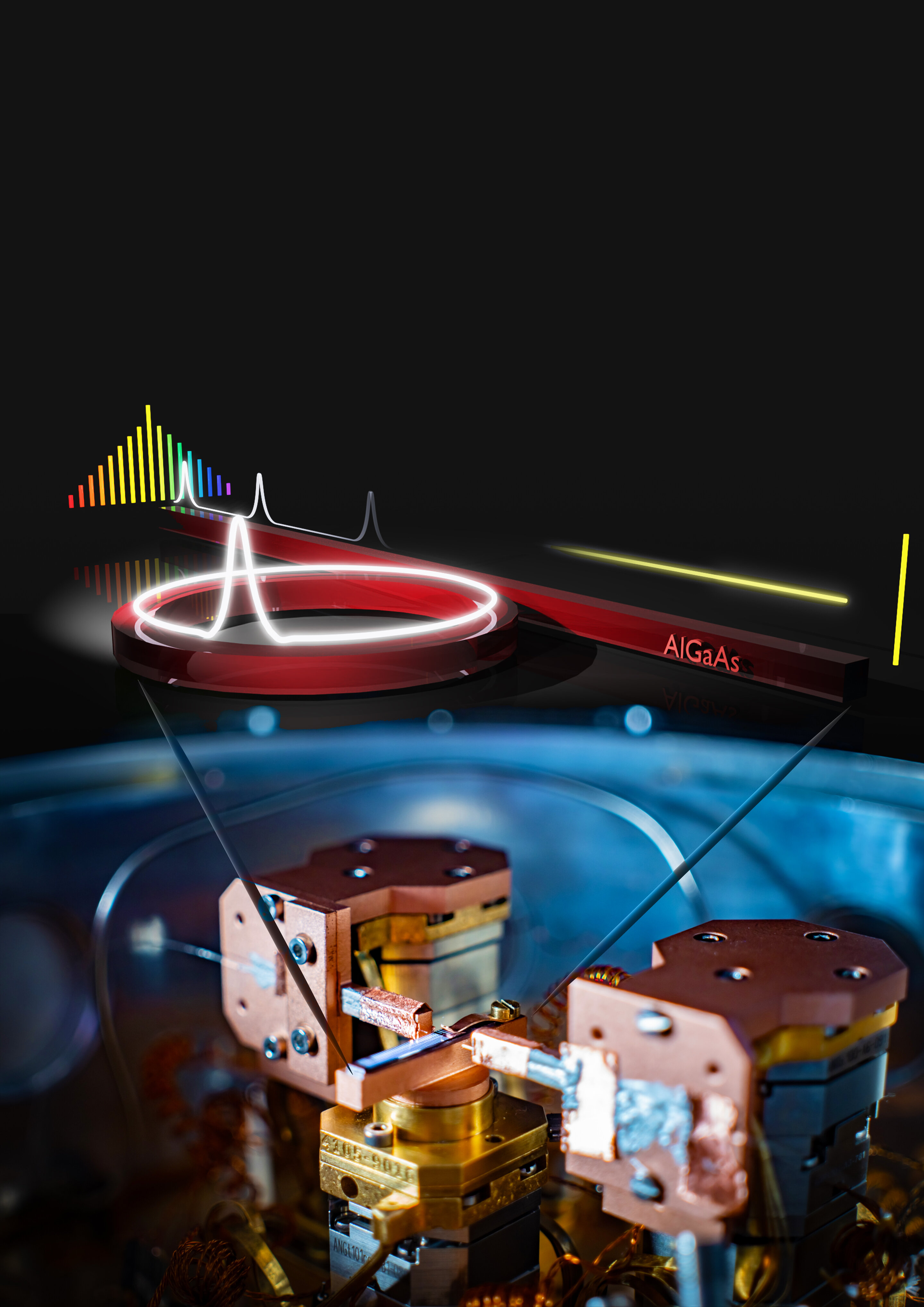 Small enough to fit on a chip, the miniature versions of these combs, named for their uniformly spaced set of frequencies resembling the teeth of a comb, are making possible a new generation of atomic clocks, a huge increase in the number of signals traveling optical fibers and the ability to discern small frequency changes in starlight that hint at the presence of invisible planets. The latest version of these chip-based “microcombs”, created by researchers at the National Institute of Standards and Technology (NIST) and the University of California at Santa Barbara (UCSB), is poised to advance further in time measurements and frequency by improving and extending the capabilities of these small devices.

At the heart of these frequency microcombs is an optical micro-resonator, a ring-shaped device about the width of a human hair in which light from an external laser runs thousands of times until high intensity accumulates. Microcompresses, often made of glass or silicon nitride, generally require an amplifier for external laser light, which can make the comb complex, cumbersome, and expensive to produce.

Scientists at NIST and their UCSB collaborators have shown that microcombines created from semiconductor gallium and aluminum arsenide have two essential properties that make them especially promising. The new combs operate at such low power that they don’t need an amplifier, and can be manipulated to produce an extraordinarily stable set of frequencies, exactly what it takes to use the microchip comb as a responsive tool for measuring frequencies with extraordinary precision. (The research is part of the NIST on a Chip program.)

UCSB researchers led previous efforts in examining microresonators composed of aluminum and gallium arsenide. Frequency combs made from these micro-resonators require only a hundredth of the power of devices made from other materials. However, the scientists had not been able to demonstrate a key property: that a discrete set of unwavering or highly stable frequencies could be generated from a micro-resonator made from this semiconductor.

The NIST team addressed the problem by placing the micro-resonator inside a custom cryogenic apparatus that allowed researchers to test the device at temperatures as low as 4 degrees above absolute zero. The low-temperature experiment revealed that the interaction between the heat generated by the laser light and the light circulating in the micro-resonator was the only obstacle preventing the device from generating the highly stable frequencies necessary for a successful operation.

At low temperatures, the team demonstrated that it could achieve the so-called soliton regime, where individual pulses of light that never change their shape, frequency, or speed circulate within the micro-resonator. The researchers describe their work in the June issue of Laser and photonics reviews.

With such solitons, all the teeth of the frequency comb are in phase with each other, so they can be used as a ruler to measure the frequencies used in optical clocks, frequency synthesis, or laser-based distance measurements.

Although some newly developed cryogenic systems are small enough that they can be used with the new microcomb outside of the laboratory, the ultimate goal is to operate the device at room temperature. The new findings show that scientists will have to turn off or completely avoid overheating to achieve operation at room temperature.

From custom photonics to ready photonics

Provided by the National Institute of Standards and Technology

This story is republished courtesy of NIST. Read the original story here.