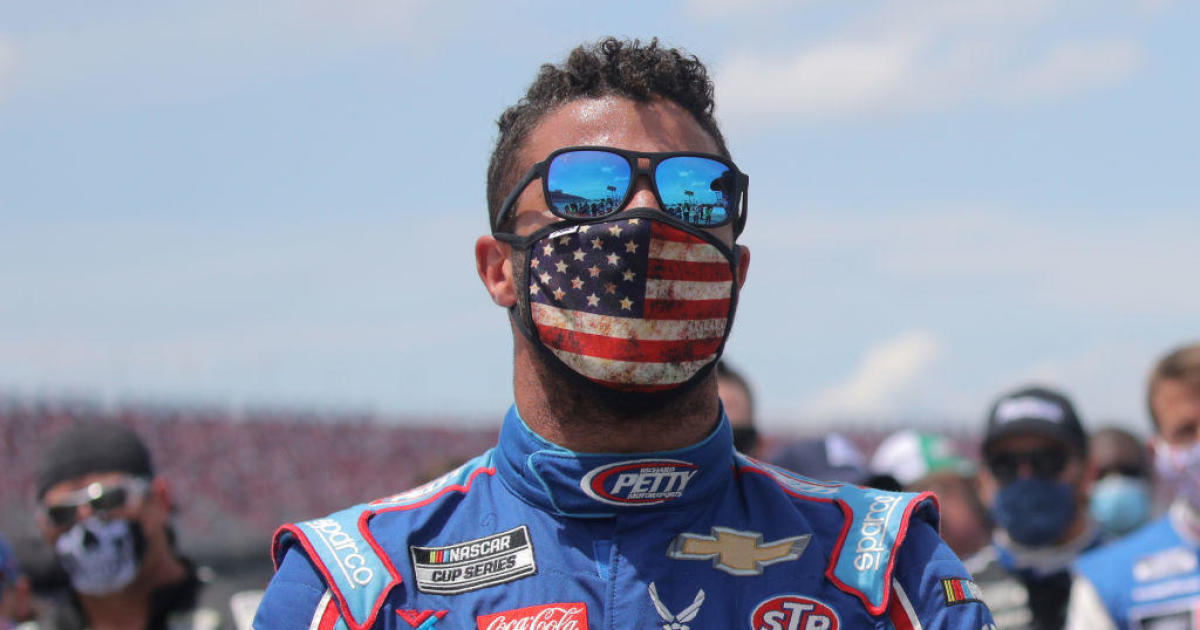 NASCAR released an image Thursday of the rope found in driver Bubba Wallace’s garage at Talladega Speedway. A crew member of the Wallace racing team saw the rope over the weekend and reported it to NASCAR, but an FBI investigation He discovered that the rope had been in the garage since 2019.

NASCAR completed its own investigation into the incident on Thursday, finding that at 1,684 garage positions, 11 had a deployable rope tied with a knot and one tied with a rope, the 43rd garage Wallace used this week.

“When we found out and saw the knot, our initial reaction was to protect our driver. We lived in a very charged and emotional moment. What we saw was a symbol of hatred and was only present in one area of ​​the garage and that was from the 43rd car. Bubba Wallace, “NASCAR President Steve Phelps said in a statement.

Wallace, in a interview With CBS News this week, he said it was a relief that he wasn’t the target, but he doubted the conclusion that the rope was part of a “garage pull.” He also vehemently denied the notion that the rope was staged. “They want to make it a hoax when I was alone – rational thoughts of the objective information they gave me,” he said.

The NASCAR president on Thursday also rejected the idea of ​​a hoax. “Bubba Wallace and Team 43 had nothing to do with this,” said Phelps. “Bubba Wallace has done nothing more than represent this sport with courage, class and dignity.”

Wallace attributed his “strong support system” to his mother, sister, father and girlfriend on Wednesday for helping him get through the past few weeks, saying the show of support he received from his fellow drivers was “emotional.”

“Definitely a moment that will stand out for me forever,” he said. “Knowing that we have family support, this is NASCAR. It was good to see it and I definitely appreciate it.”