NASCAR drivers gather around Bubba Wallace at Talladega: “We want to support our friend” 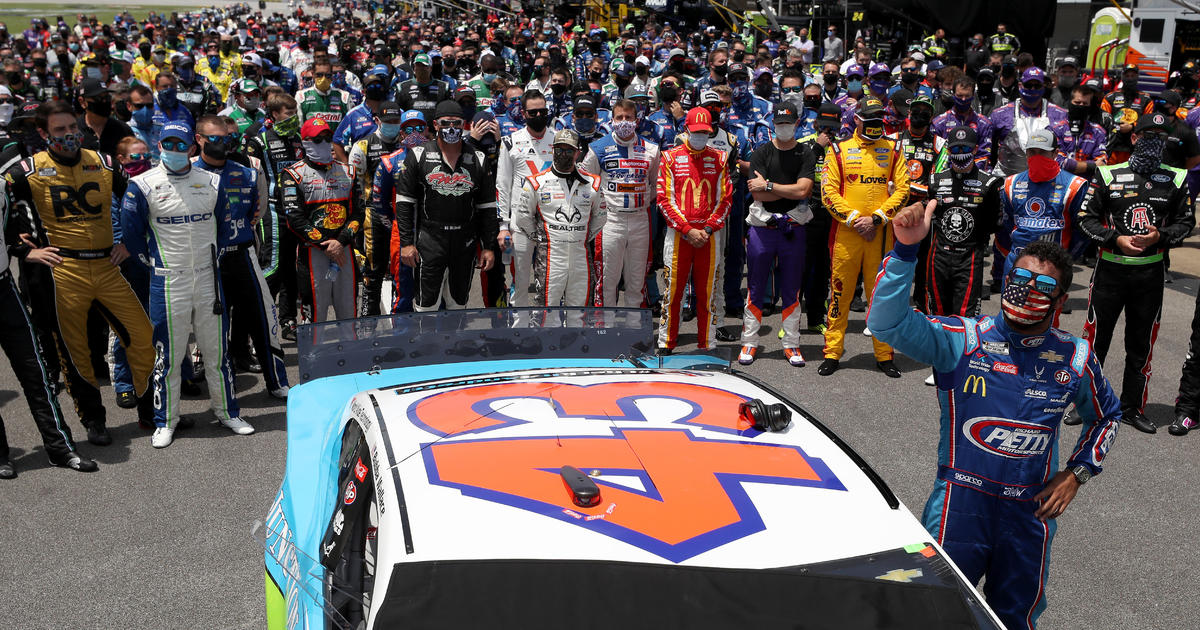 NASCAR drivers and crew members sent a powerful message to the world on Monday: “We are with Bubba Wallace.” The solidarity show came a day after NASCAR announced that the rope was discovered inside the Wallace garage stall at Talladega Superspeedway.

A massive crowd pushed and followed Wallace’s 43rd car as he sat in the driver’s seat during pre-race activities.

Wallace, the only black full-time NASCAR driver, got out of the car and hugged Hall of Fame driver Richard Petty, owner of the team for which Wallace competes and had not attended a race during the coronavirus pandemic.

The crowd was at Wallace’s side during the national anthem. Wallace tweeted a selfie he took on the trail of the moment, writing: “Together.”

Jimmie Johnson, in an interview on Fox before the race, explained why the other drivers showed their support. “As everyone knows, this is such a large family in the garage area, and the news has really unsettled us all. We want justice, in a sense, and we want to know who and why. Even all those [questions] are answered, we want to be with our friend. We want to support us with Bubba. “

“As this idea came up today, it started within the drivers, and then when the crew members learned that we wanted to push Bubba’s car and support him during the national anthem, the teams also wanted to get involved, and you saw the support was pretty amazing. ”

The FBI announced Monday that it would investigate the incident. “Regardless of whether federal charges can be filed, this type of action has no place in our society,” US Attorney Jay Town of the Northern District of Alabama said in a statement.

Earlier this month, NASCAR prohibited displaying Confederate flags at your events. Wallace had called for the flag to be banned as protests against police brutality and racism raged across the United States.

“There shouldn’t be someone who is uncomfortable showing up at our events to have a good time with their family who feels something akin to something they’ve seen, an object they’ve seen fly,” Wallace told CNN at the time. “No one should feel uncomfortable when they come to a NASCAR race. So it starts with Confederate flags. Get them out of here. They have no place for them.”

Jordan Freiman contributed to this report.