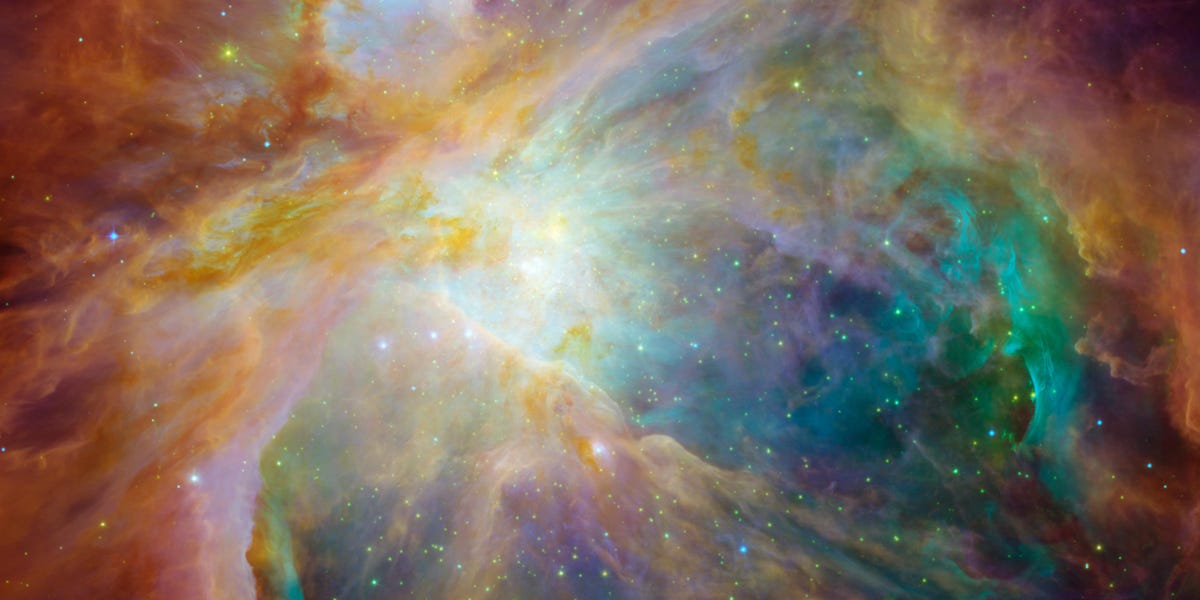 To end an unforgettable year, NASA decided to distribute some international fireworks.

The agency posts “an image of the day” every day and the final image of 2020 did not disappoint.

A canvas of color, NASA’s December 31 image of the day shows a combined image of the Orion Nebula captured by the Hubble Space and Spitzer Space Telescopes.

The nebula is like a nursery between stars – huge clouds of gas and dust in space that cradle infant stars at birth. As stars die, some nebulae form: As a star’s mass cools, it begins to lay its outer layers, spreading to form aerated clouds.

To the naked eye, the nebula will not really look like a rainbow canvas emanating from dots of light (in which new stars are usually formed).

While Hubble’s image of space telescopes, hydrogen, sulfur, and carbon atoms that make up nebulae like Orion do not acquire color. Instead, Hubble records light particles, which NASA can then see through various filters that give only a certain wavelength of color. It then assigns color to the particles coming through those filters (light coming through the red filter is assigned red color, for example.)

By combining images of the same nebula seen with different filters, the agency can create a composite, color image as shown above.

“We always use color as a tool, whether it’s to enhance a detail or to visualize something in general that can never be seen by the human eye,” NASA said.

There are about 3,000 nebulae in our galaxy.

The closest known nebula to our planet is the helix nebula, a global remnant of a dying star. The Orion Nebula is about half the distance from Earth – 700 light-years (so if you travel at the speed of light, it will take you 700 years to get there).

The Hubble Space Telescope has been photographing nebulae for over 30 years, and these images have helped scientists learn more about how these cosmic clouds evolved, or faded, and shrunk over time.