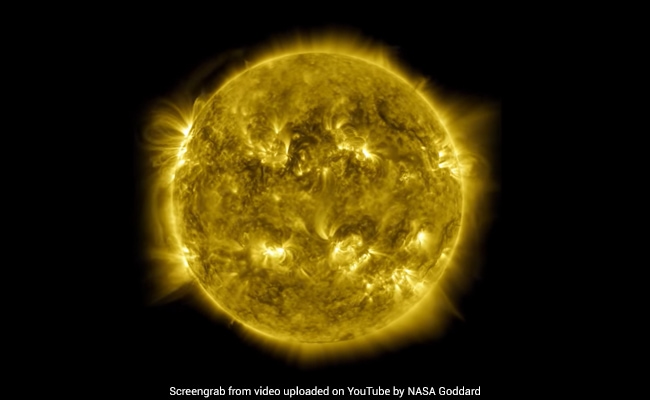 NASA has released a 10-year time-lapse video of the Sun.

NASA has released an impressive 10-year time-lapse video of the Sun, condensing a decade of activity into one hour. NASA’s Solar Dynamics Observatory (SDO) has been observing the Sun non-stop for more than a decade. While orbiting Earth, SDO has collected 425 million high-resolution images of the Sun, NASA said in a statement as it released the time-lapse footage.

The time-lapse footage shows the rise and fall of activity that occurs as part of the Sun’s 11-year solar cycle and has helped scientists understand more about how our closest star works and how it influences the system. solar. According to NASA, the Sun’s magnetic field goes through a cycle, called the solar cycle. Every 11 years or so, the Sun’s magnetic field is completely flipped and its north and south poles change places.

“By compiling one photo every hour, the film condenses a decade of the Sun into 61 minutes,” NASA wrote in sharing the video.

Titled ‘A Decade of Sunshine’, the video has garnered more than 6,000 views on YouTube since its release on Wednesday.

“This is completely amazing,” wrote one person in the comment section.

NASA said the time-lapse images are taken at the extreme ultraviolet wavelength of 17.1 nanometers to capture the outer atmosphere.

The organization also explained that the dark frames in the video were caused by Earth or the Moon dwarfing SDO as it passed between the spacecraft and the Sun. An instrument failure in 2016 resulted in a longer blackout.

In 2016, NASA had also released a time lapse of Mercury passing the Sun in a rare transit.