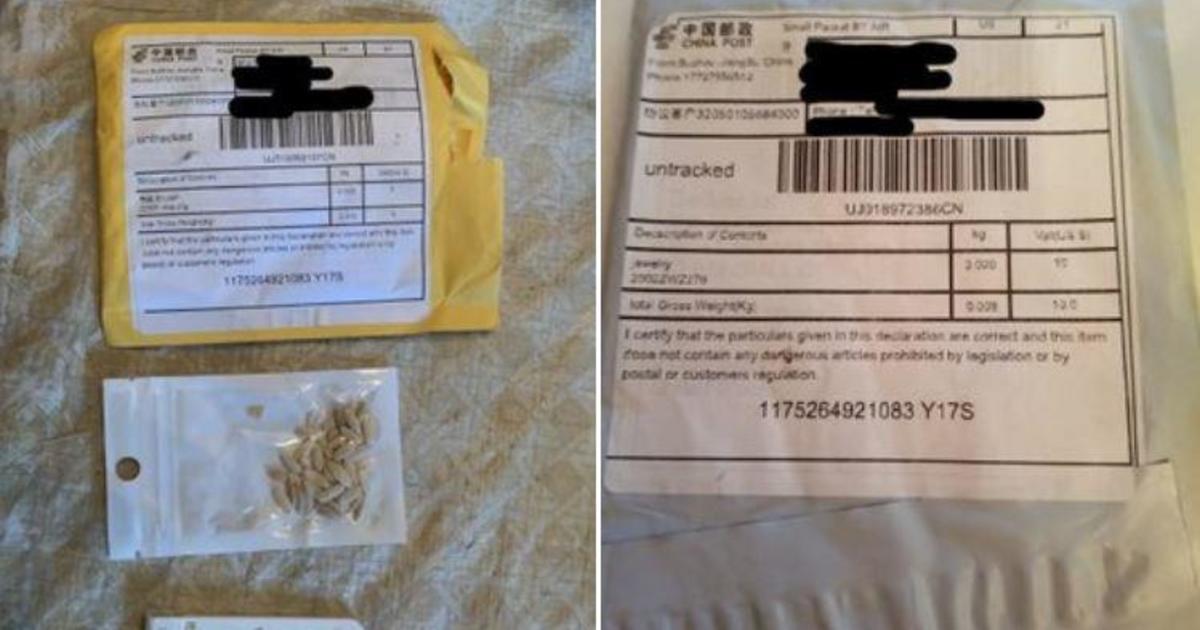 Frankfort, Kentucky – Agriculture officials in several states issued warnings Monday about unsolicited shipments of foreign seeds and advised people not to plant them. In Kentucky, the state department of agriculture was notified that several residents received unsolicited mail packages of seeds that appeared to have originated in China, Agriculture Commissioner Ryan Quarles said.

The types of seeds are unknown and could be harmful, Quarles said, stressing that they should not be planted.

“We don’t know what they are, and we can’t risk damaging agricultural production in the United States,” he said. “We have the safest and most abundant food supply in the world and we need to keep it that way.”

Anyone in Kentucky who receives packages of foreign or unknown seeds should contact the state’s department of agriculture immediately, Quarles said.

“Right now, we don’t have enough information to know if this is a hoax, a joke, an internet scam, or an act of agricultural bioterrorism,” he said. “Unsolicited seeds could be invasive and introduce unknown diseases to local plants, harm livestock or threaten our environment.”

Residents of at least eight states have received suspicious packages of seeds that appear to have originated in China, and officials are urging people not to plant them, according to Reuters news agency.

Reuters said the USDA had confirmed in a statement that it was working with the Department of Homeland Security and state officials to stop any illegal seed entering the country and to protect US agriculture.

The agency was “aware that people across the country have received unsolicited packages of seeds from China in recent days,” Reuters reported, citing the statement.

In North Carolina, the Department of Agriculture and Consumer Services said it was contacted by numerous people who received shipments of seeds that they did not order. The agency said the shipments were likely the product of an international internet scam known as “brushing.”

“According to the Better Business Bureau, third-party third-party vendors use your address and Amazon information to generate a false sale and positive review to increase your product ratings,” said Phil Wilson, director of the state’s Plant Industry Division. .

New York Agriculture Commissioner Richard Ball said in a statement Monday that his office had also sent “some” inquiries from residents who received “unsolicited packages” allegedly sent from China that are marked as containing jewelry but in they actually contain plant seeds. “

Ball confirmed that the USDA was investigating and told residents not to handle or plant the seeds.

He said that anyone who receives a package of seeds “should store them safely in a place that children and pets cannot access,” and then email the USDA immediately at [email protected] with their full names and phone numbers, photos of the packaging “and any other relevant information”.

Maryland agriculture officials confirmed in a tweet that they were working with the USDA to investigate seeds sent to residents there.

“The types of seeds in the packages are unknown at this time and may be invasive plant species. The packages were mailed and may have Chinese writing on them,” the Virginia Department of Agriculture and Consumer Services said, adding : “Please don’t plant these seeds.”