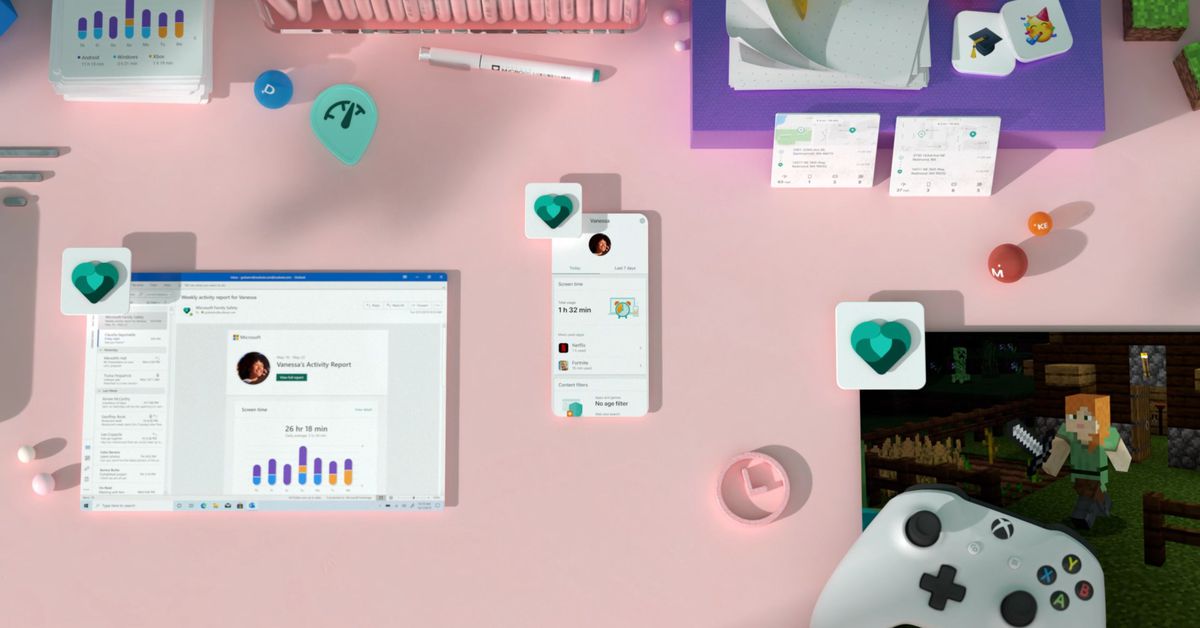 Microsoft is launching a new family security app for iOS and Android this week. The software giant has been testing the app for the past few months, and it is designed to allow families to manage screen time and usage of the app. Parents can use the Family Safety app to receive reports on app usage and overall screen time, and even set app time limits with the ability for children to request extensions.

Microsoft Family Safety also syncs on Windows, Xbox, and Android, so time limits for games and apps will sync across multiple devices. This prevents kids from swapping devices to get some extra hours to play Minecraft or Fortnite. Specific apps can also be blocked entirely.

Microsoft has also added web and search filters to limit browsing to kid-friendly sites. These filters work in Microsoft’s Edge browser on Windows, Xbox and Android. Most of these screen and content filters are limited to Android on the mobile side, but Microsoft says it is also working to bring them to iPhones. There’s even a chance to block surprise spending on accounts with purchase request emails, helping to prevent thousands of dollars of credit card bills.

A new drive safety feature is also on the way for Microsoft 365 subscribers. It is designed to help people develop better driving habits and provide “insight into driving behavior.” Microsoft doesn’t say exactly when it will arrive, but this unit security feature will be released in the US, UK, Australia, and Canada.