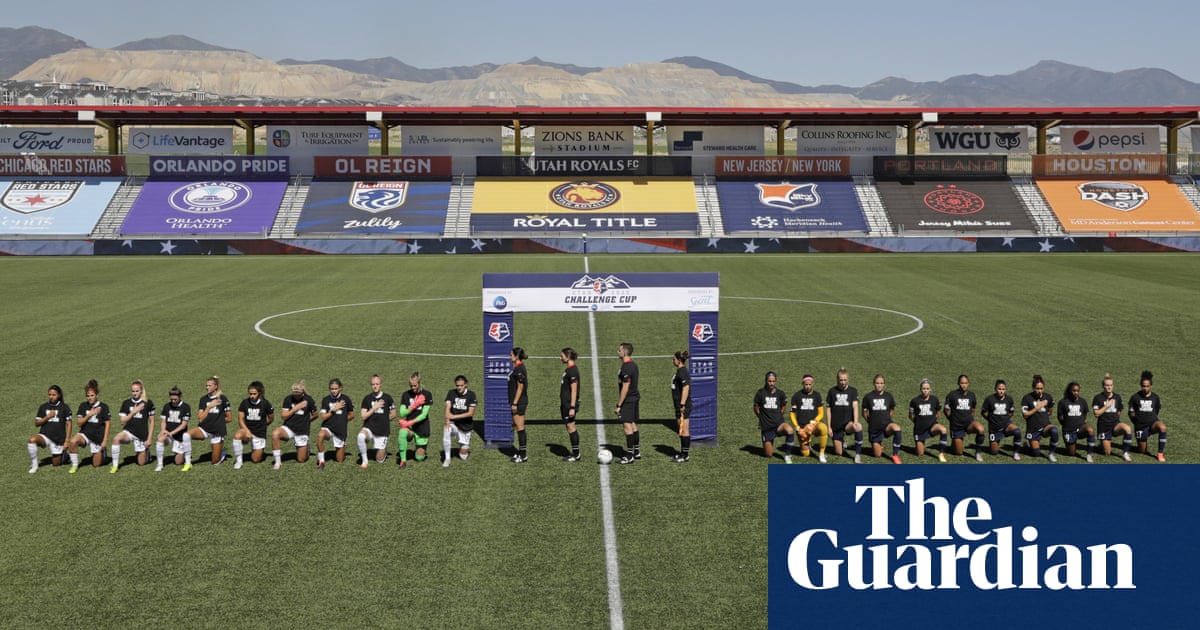 Megan Rapinoe has praised some of her fellow soccer players after they knelt before the opening game of the National Women’s Soccer League summer tournament.

The NWSL Challenge Cup is the first major team sports competition to take place in the US since the closure of Covid-19. All members of the North Carolina Courage and Portland Thorns knelt during the national anthem, while players and coaches wore Black Lives Matter jerseys before the kickoff.

“You love watching it,” Rapinoe wrote on Twitter. “You love to see these women use their voices, demanding better for the United States, and for black people and people of color.”

Rapinoe, who plays for OL Reign but chose not to participate in the Challenge Cup, was criticized when he knelt down in a NWSL game and a couple of games for the national team in 2016. He said he wanted to express solidarity with the former QB San Francisco 49ers field Colin Kaepernick, who knelt during the anthem to draw attention to racial inequality.

In response, US Soccer adopted a rule that required players to stand up. But that rule was repealed earlier this month amid nationwide protests over the death of George Floyd and racial inequality.

In a joint statement before the game, shown on the television network, Thorns and Courage said, “They knelt today to protest racial injustice, police brutality, and systemic racism against blacks and people of color in the United States. U.S”.