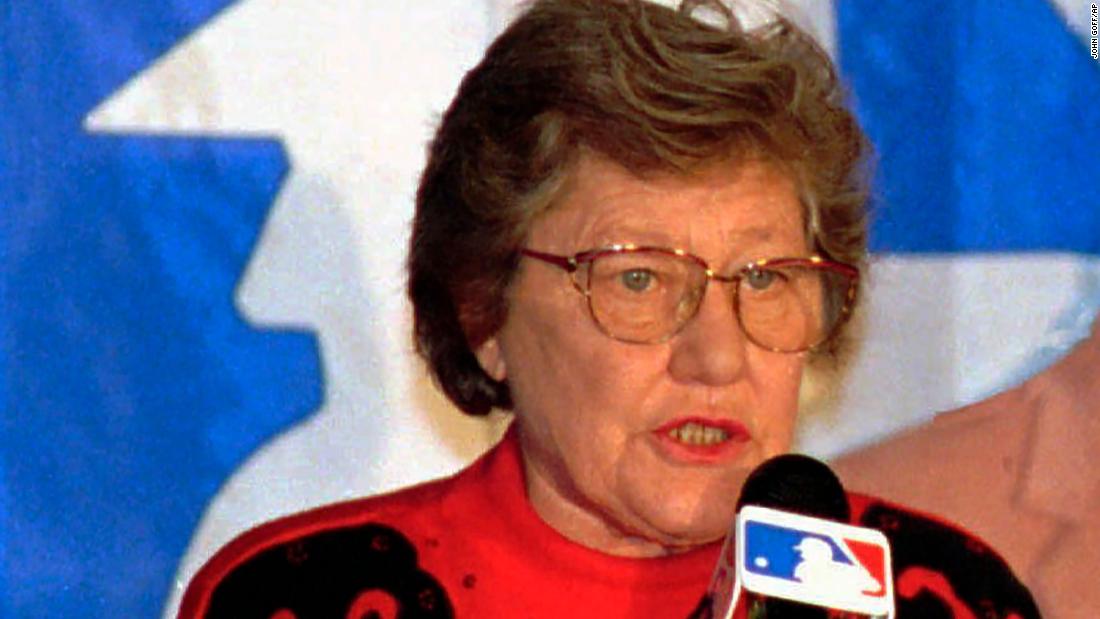 The university’s baseball stadium, as well as a section of its archive library, will no longer be named after Marge Schott. Schott, a former owner of the Cincinnati Reds who died in 2004, frequently used racist, antisemitic, and homophobic slurs.

“Marge Schott’s history of racism and bigotry is at odds with our University’s central commitment to dignity, fairness and inclusion,” said University of Cincinnati President Neville G. Pinto in a statement.

“I hope this action serves as a lasting reminder that we cannot remain silent or indifferent when it comes to prejudice, hatred or inequity,” said Pinto. “More than ever, our world needs us to turn our values ​​into real and lasting actions.”

CNN has reached out to the Marge & Charles J. Schott Foundation for comment and is awaiting a response.

But the Schott Foundation shared a statement with CNN affiliate WLWT.

“While we cannot make excuses for the rhetoric made by Ms. Schott decades ago, we can ask her to learn from Ms. Schott’s mistakes as well as her great love for Cincinnati,” the statement says. “We appreciate what these large organizations bring to Cincinnati and fully support the decisions made by organizations that have received Foundation grants.”

Schott was the first woman to have a Major League Baseball team when she became a managing general partner in 1984, but her reputation was tainted by her racism, known throughout the league.

In 1992, Schott was fined for saying, “Hitler was good at first, but he went too far,” according to the Society for American Baseball Research. His repeated praise of Hitler and offensive statements about black and Asian American players gave him more suspensions and eventually led him to sell the franchise.
She donated $ 2 million to the University of Cincinnati athletics program through her foundation before her death.
A large number of other schools have begun to examine its racist origins of its history and traditions. South Carolina’s Clemson University this month changed the name of its honor university to omit the name of John C. Calhoun, a slave owner whose plantation is now the Clemson campus. The University of Florida banned him singing “Gator Bait” due to its link to racist imagery. And Monmouth University in New Jersey will remove Woodrow Wilson’s name from its Great Hall and rename it to one of the leading architects, a black man.