Man shot to death for ‘blasphemy’ in Pakistan courtroom | News 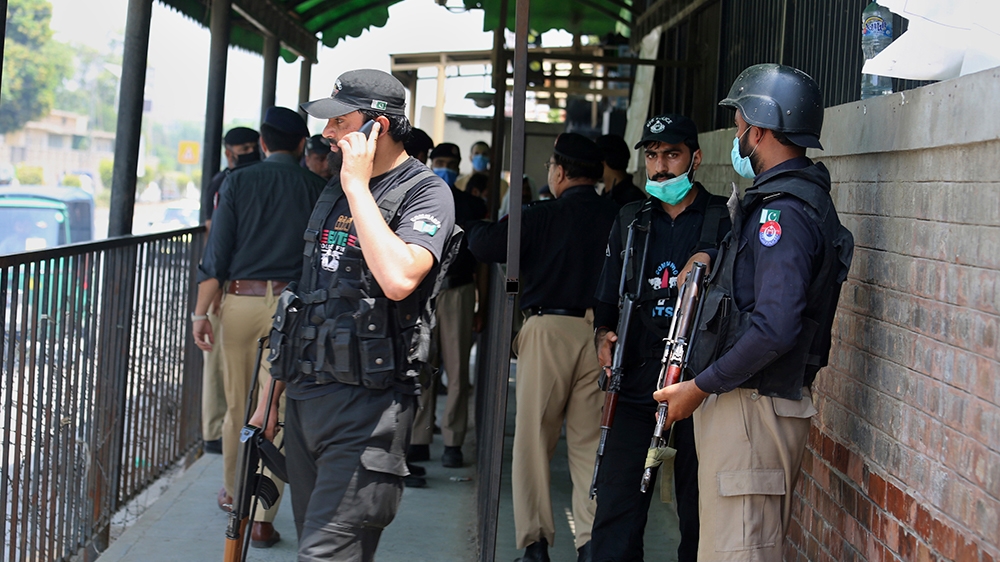 A man accused of blasphemy for claiming to be a prophet was shot dead in a courtroom in the northwestern city of Peshawar, police officials say, the latest violence associated with Pakistan’s strict blasphemy laws. .

Tahir Ahmad Naseem was shot six times during a hearing in his case in a district court on Wednesday, police official Ijaz Ahmed told Al Jazeera.

“The culprit accepts responsibility for killing him and says he killed him for blasphemy,” said police officer Ahmed. “[The suspect] has been arrested on the scene. “

Naseem had been in police custody since 2018 when he was accused of committing blasphemy by claiming to be a prophet, a violation of Pakistan’s strict blasphemy laws that can carry the death penalty for certain crimes.

Naseem was accused of having violated sections 295-A, 295-B and 295-C of the Pakistani penal code, which deal with blasphemy against Islam, criminalizing, among other things, “desecrating the holy name of the Holy Prophet Muhammad”.

While no one has yet been executed under Pakistan’s strict blasphemy laws, extrajudicial killings and mob violence have become increasingly common in recent years. Since 1990, at least 77 people have been killed in connection with the accusation, according to an Al Jazeera count.

Others killed in recent years include singers, teachers believed to be advocates of “non-Islamic” practices, and members of the persecuted Ahmadi sect.

In 2018, the Supreme Court of Pakistan passed a landmark verdict in the country’s most prominent blasphemy case, acquitting Christian woman Aasia Bibi after spending nine years on death row.

The move angered the country’s far-right religious parties, sparking widespread protests led by the Tehreek-e-Labbaik Pakistan (TLP) party of cleric Khadim Hussain Rizvi, who has advocated violence against those accused of blasphemy.

Last week, the provincial assembly in Punjab, Pakistan’s most populous province, passed a controversial law on religious issues, giving the government broad powers to censor any published material based on vague guidelines for violating religious beliefs.

The law, widely criticized by human rights groups, was reviewed on Monday.