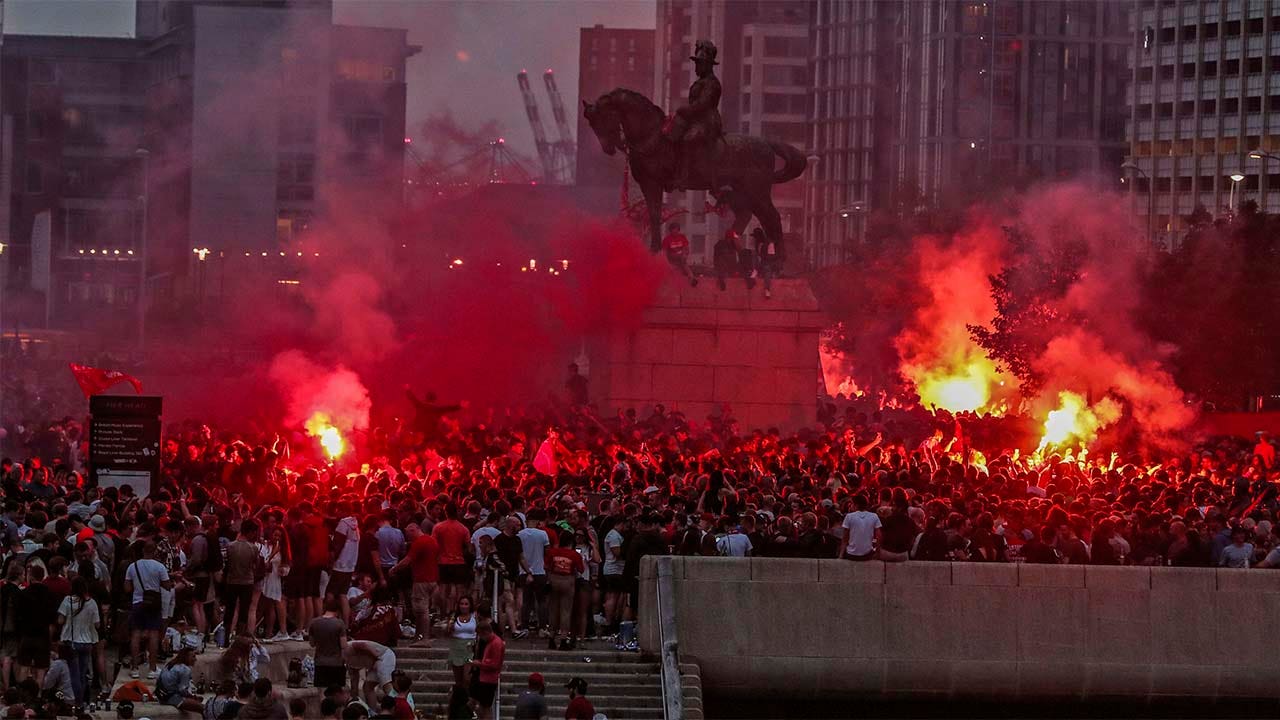 The English champion Liverpool has condemned the behavior of some fans who gathered in the city to celebrate the club’s victory in the Premier League after a 30-year wait.

Merseyside police issued a dispersal order for central Liverpool on Friday night. This allowed police to disperse the crowds that gathered at Pier Head, after part of the Liver Building caught fire amid wild celebrations despite the coronavirus pandemic.

Videos circulating on social media showed a firework that struck the distinctive building, which is partly owned by Everton’s majority shareholder Farhad Moshiri.

A joint statement was issued on behalf of the club, the Liverpool City Council and the Merseyside Police on Saturday.

It read: “Several thousand people showed up at Pier Head on Friday, June 26, and some chose to ignore the social distancing orientation and risk public safety. Our city is still in a public health crisis and this behavior is totally unacceptable. “

The statement added: “When it is safe to do so, we will all work together to organize a victory parade when everyone can come together to celebrate.”

Four fire trucks were dispatched to the Liver Building, where they extinguished a fire on a balcony, a spokeswoman for the Merseyside Fire and Rescue Service said. The balcony floor was damaged.

Merseyside Police Assistant Chief Constable Jon Roy said two officers needed medical treatment for back injuries after bottles were thrown at them as they went to assist an assault victim in a crowd of supporters in Pier Head.

Then he said a group of about 100 people threw glasses and bottles at riot police as they tried to prevent them from committing acts of disorder in the city center. Roy said there was “a series of truly violent, absolutely unacceptable incidents of violence and disorder throughout the city center.”

Fifteen people have been arrested for public order crimes and one man was arrested on suspicion of assault, he said.