Latin America faces a “decline of democracy” under the pandemic 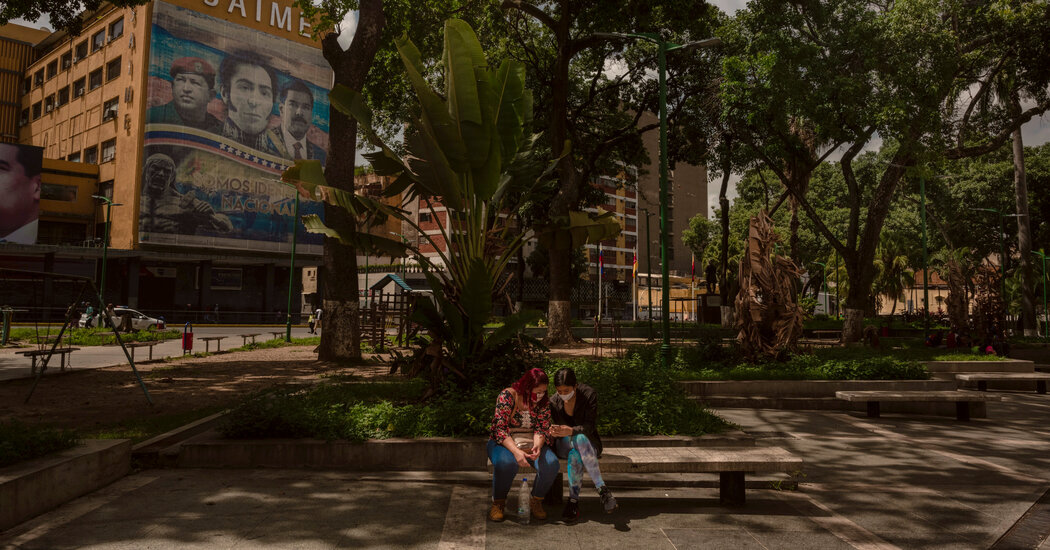 As the coronavirus pandemic sweeps Latin America and the Caribbean, killing more than 180,000 and destroying the livelihoods of tens of millions in the region, it is also undermining democratic norms that were already under pressure.

Leaders ranging from the center-right to the extreme left have used the crisis as a justification to extend their time in office, weaken oversight of government actions, and silence critics, actions that in different circumstances would be described as authoritarian and undemocratic, but which are now being heralded as life-saving measures to stem the spread of the disease.

The gradual weakening of democratic rules during an economic crisis and a public health catastrophe could leave Latin America poised for slower growth and increased corruption and human rights abuses, experts warned. This is particularly true in places where political rights and accountability were already in sharp decline.

“It is not a question of left or right, it is a general decline of democracy throughout the region,” said Alessandra Pinna, a Latin American researcher at Freedom House, a Washington-based independent research organization that measures global political freedoms.

There are now five Latin American and Caribbean nations: Venezuela, Nicaragua, Guyana, Bolivia and Haiti, where governments were not elected in free and fair elections or stayed in office longer. It is the highest number since the late 1980s, when the Cold War receded and several countries in the midst of civil war or military dictatorships made the transition to peace and democracy.

Most of these leaders were already bending the rules of democracy to stay in power before the pandemic, but they took advantage of the emergency conditions created by the spread of the virus to strengthen their position.

President Nicolás Maduro of Venezuela arrested or raided the homes of dozens of journalists, social activists and opposition leaders for questioning the government’s dubious coronavirus figures.

In Nicaragua, President Daniel Ortega released thousands of prisoners due to the threat posed by the virus, but kept political prisoners behind bars, while in Guyana, a blockade prevented protests against the government’s attempt to remain in the power despite losing an election.

In Bolivia, a provisional government has used the pandemic to postpone elections, resort to emergency aid to strengthen its electoral campaign, and threaten to ban the main opposition candidate from running.

And on the islands of Saint Kitts and Nevis, the government imposed a strict blockade on its 50,000 people during the campaign for the general elections in June, hindering the opposition’s efforts to meet with voters and at the same time preventing the Observers of international elections travel to the country.

It was the first time that the Organization of American States, a regional group that promotes democracy, received its invitation to observe the elections withdrawn by a host country in recent history.

The loss of public confidence in Latin America is not new, but the erosion of democratic norms in the pandemic came at a time when economic growth and social progress in the region were already crumbling, leaving many uncertain about the ability of democratic leaders to solve deep-rooted problems. like inequality, crime and corruption.

By 2018, only one in four Latin Americans said they were satisfied with democracy, the lowest number since Latinobarómetro, a regional polling company, began asking that question 25 years ago.

Discontent with the political establishment led to a wave of populist victories in recent years, including President Jair Bolsonaro of Brazil, who is on the extreme right, and President Andrés Manuel López Obrador of Mexico, who is on the left. It also led to massive street protests in various Latin American countries last year.

The pandemic, which struck during this time of political turmoil, has plunged the region into the deepest recession in its history, exacerbating weaknesses in the health and wellness systems and highlighting the ways in which many leaders cannot meet public demands .

“All the things that Latin Americans have already been clamoring for (greater equality, better services) have been dramatically worsened by the pandemic,” said Cynthia Arnson, director of the Latin America program at the Wilson Center, a group of experts in Washington. “The economic pain is dramatic and is putting additional pressure on already weak institutions.”

It has also put pressure on the problems of the region’s health systems. Latin America has become a global access point for the virus, with Brazil, Mexico and Peru among the ten nations with the highest number of deaths. And according to the United Nations, some 16 million Latin Americans are expected to fall into extreme poverty this year, reversing almost all the achievements of the region in this century.

In addition to these challenges, democracy in Latin America has also lost a champion in the United States, who had played a significant role in promoting democracy after the end of the Cold War by funding good governance programs and denouncing authoritarian abuses.

Under President Trump, the United States has focused primarily on regional policy in opposing left-wing autocrats in Venezuela and Cuba and curbing immigration, making aid to Central American nations, among the poorest in the region, dependent cooperation with the administration on immigration.

The Trump administration also declined to comment when Nayib Bukele, the president of El Salvador, ignored the Supreme Court’s rulings and used the military to crack down on quarantine violators during the pandemic.

US support for democracy initiatives in Latin America fell by almost half last year to $ 326 million, according to preliminary figures compiled by the United States Agency for International Development.

“In recent years, we have not only abandoned our role as a democratizing force in Latin America and the world, but we have promoted negative forces,” said Orlando Pérez, a political scientist at the University of North Texas. “Our policy is now: ‘You are alone, America first.'”

In the few democratic strongholds in Latin America, such as Uruguay and Costa Rica, leaders responded to the pandemic with efficiency and transparency, boosting public confidence in the government. In the Dominican Republic and Suriname, incumbent presidents recently withdrew from power after losing the elections that were held despite the pandemic.

In many cases, judges and public officials have resisted attacks on democratic institutions during the pandemic, said Javier Corrales, a professor of Latin American studies at Amherst College in Massachusetts. “The defenders of liberal democracy in Latin America are not defeated,” said Mr. Corrales. “It is not open ground for potential authoritarians.”

However, in most Latin American nations, the coronavirus accelerated a pre-existing democratic decline by exposing the weakness and corruption of governments in the face of catastrophe.

“When faced with an existential threat, countries that did not yet have deep democratic systems are choosing tactics that help leaders consolidate their power,” said John Polga-Hacimovich, a political scientist at the United States Naval Academy in Maryland. .

The political tensions affecting the region in the pandemic could be just the beginning of a longer wave of unrest and authoritarianism, said Thomas Carothers, a member of the Carnegie Endowment for International Peace. “It will drag the region into worse economic performance,” he said. “It also means worse treatment of human beings, their dignity and their rights.”