Latest on Covid-1 Latest in MN: Optic in calculation of average daily cases 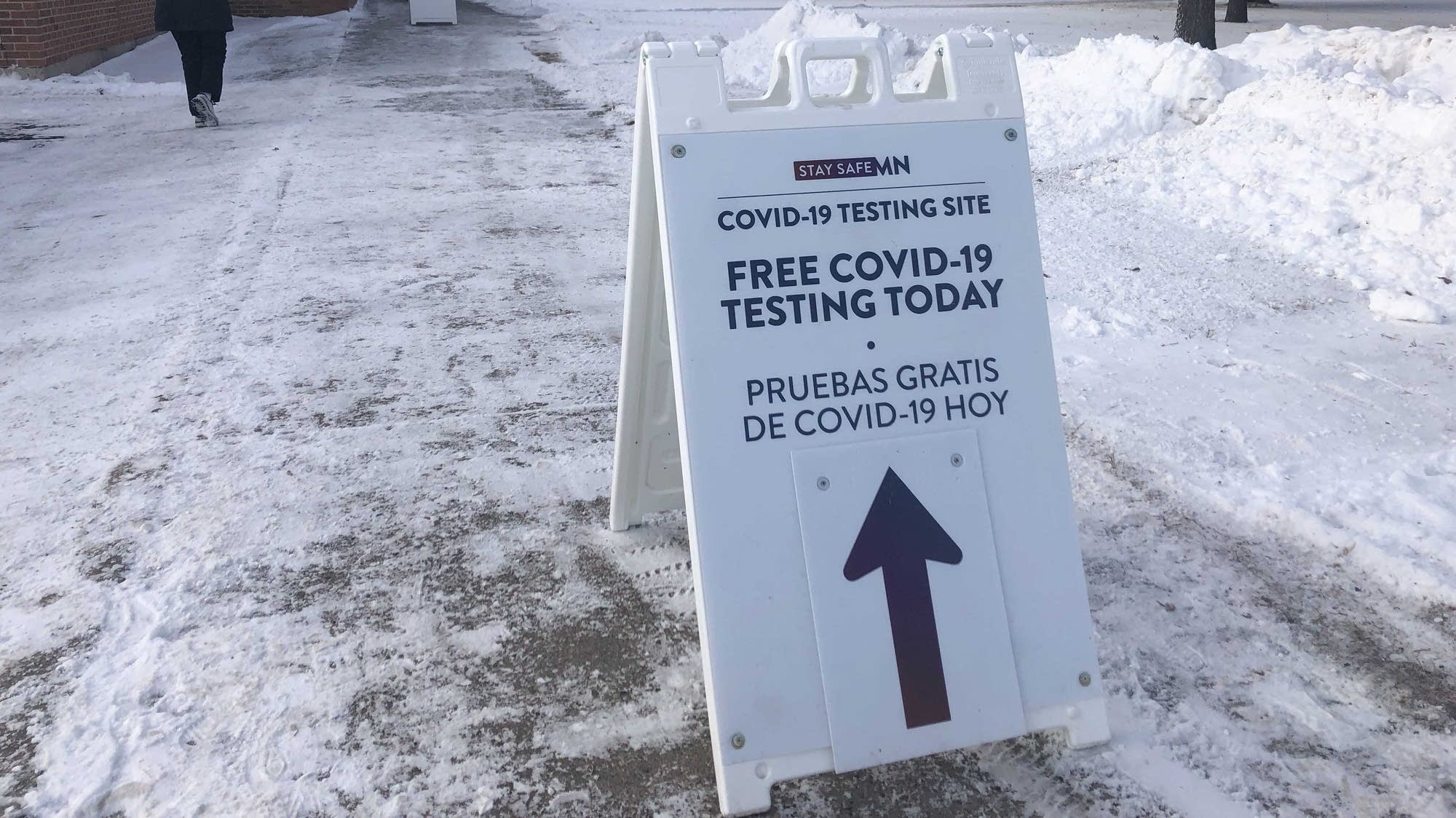 The average number of new COVID-19 cases reported daily in Minnesota has been steadily declining for most of December.

With the start of the new year, that decline may have stopped. State health officials will keep a close eye on the coming days and weeks as to whether it is a momentary break or a more permanent change in the path of the epidemic.

On average over the past week, Minnesota is seeing about 1,895 new COVID cases a day. It is above about 1,700 at the beginning of the week – although at the end of November the average dropped by more than 7,000 a day.

The positivity rate of the test has also increased in recent days – last week it averaged about 7.1 per cent on Saturday, up from about 7.7 per cent on December 27.

It is too early to say whether it will tolerate optics, but it is something that will be closely monitored. Officials were already looking for signs of a case escalating that could be linked to a year-end holiday rally.

COVID-19 vaccinations are ongoing across the state; According to a Saturday update from the Minnesota Department of Health, only 57,570,000 people received at least two shot-phaser or modern vaccines. Health care workers and residents of long-term care facilities have a preference for the limited amount currently available.

The state has so far received about 170,000 doses of Pfizer vaccine and about 128,000 doses of Moderna vaccine.

20-year-olds still make up the age bracket with the largest number of confirmed cases in the state – more than 79,000 since the epidemic began, including more than 42,000 people aged 20 to 24.

The number of confirmed high school-age youth with the disease has also increased, with a total of more than 32,000 cases between the ages of 15 and 19 since the epidemic began.

However, despite experiencing the worst effects of the disease and being less likely to be hospitalized, experts worry that young people and young adults will spread to older relatives and other vulnerable members of the population.

It is of particular concern because people may have coronavirus and COVID-19 spread when there are no symptoms.

There has been a big increase in new cases in central and western Minnesota in the last two months, while Hennepin and Ramsay counties reported slower growth of cases in the state.

Cases continue to decline across the state, with most regions going down in levels before the state’s COVID-19 increases in November and early December.

Hot spots continue to pop up in rural counties regardless of their population.

Caseloads are still heavy among people of color

In Minnesota and across the country, COVID-19 has adversely affected communities of color. That has been especially true for most Hispanic Minnesotans of the epidemic.

Even though the new cases are easily counted from their peak even a few weeks ago, the data shows that people of color are hit hardest.

Government distrust, with deep-rooted health and economic inequalities, has hampered efforts to promote testing in communities of color, officials say, especially for unauthorized migrants who may have used their personal information for deportation.

Development around the state

As the number of COVID-19 patients decreases in the hospital of Sak Center, regular operations are performed

A temporarily designated hospital for patients of COVID-19, a Sak Center, Min., Is returning to normal operations this week.

In November, Centracare designated its hospital for less complex patients with COVID-19 at the Sync Center. The move was aimed at easing pressure on its largest hospital in St. Cloud, Minnie, where the weakest patients are treated.

Since then, the number of hospital admissions and the intensive care unit have declined.

Dr. George, Medical Event Commander of CentraCare’s COVID-19 Response Team. George Morris says the number of patients in the ICU has dropped from a high of 59 to a normal level of 17 to 22 per day.

“We now come to a stage where we can see that we are on a consistently low trend, and we can push them back into their regular work,” Morris said. Morris said. “Our site has more staff. And we’ve managed the routes. Every time we go through this crisis, we learn.”

Morris said staff levels are also close to normal. At one point, about 10 percent of Centracare’s 13,000 employees were out due to exposure to the virus or because of its positive testing or caring for a family member.

More than 2,000 Centracare employees have now received the first dose of the Covid-19 vaccine, including residents and employees of five long-term care facilities, Morris said.

Minnesota bars and restaurants still bubble in protest of COVID-19 bans: Government. T.M. Emergency bans on drinking and eating inside Wallace have been in place since Jan. 10, and protesters say some organizations are quietly denying the order. Minnesota Attorney General Keith Ellis said he would bring lawsuits against businesses that do not comply.

Epidemic brings Dakota woman home in southern Minnesota: Back in March, journalist Dan Cracker visited his cloak, Minnie. In Pat’s apartment Pat met Northp, where he danced a jingle dress with his family and friends. Since then, epidemics have devastated his life; Someone infected her with a virus in her apartment, and Northrop, now 70, decided to move to her daughter’s home, a few miles west of the Lower Sioux Indian community where she grew up.

The data in this graph is based on the daily average of 11 minutes released by the Minnesota Department of Health. You can find more detailed statistics on COVID-19 Health department website.

You make MPR News possible. The clarity of our reporters ’coverage across the state, the stories that connect us and the perspectives that provide perspective are behind the personal donations. MPR Help ensure that the resource that Minnesotans bring together remains.