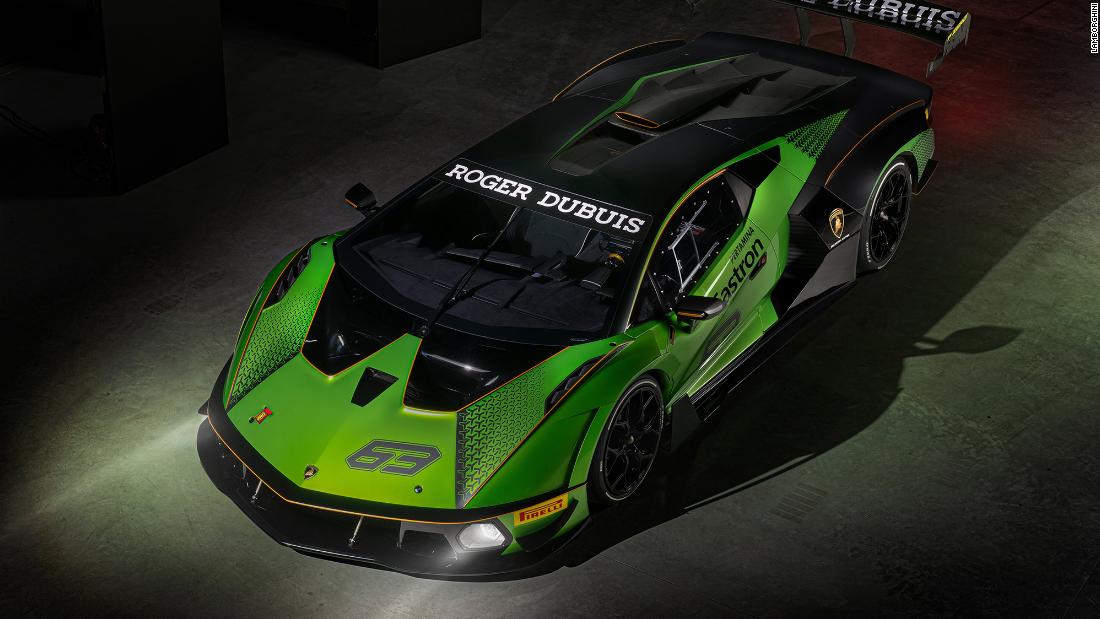 Owners will have access to a secure webcam feed so they can look at the car whenever they want. If they want to drive the car, Lamborghini will arrange for it to be transported to almost any race track in the world and the owner will be able to drive it there. Lamborghini will also provide a professional race car driver to provide training on how to get the most speed and enjoy your V12-powered supercar. The company will host some special events throughout the year to allow Essenza SCV12 owners to get together and enjoy their cars in a group.

Only 40 of the cars will be produced. Customers have already signed contracts for most of them, but some are available, said Lamborghini chief engineer Maurizio Reggiani.

Lamborghini did not give a price for the Essenza SCV12, but Reggiani said it will be priced similarly to the company’s other limited-edition models, such as the Lamborghini Centenario and Sián, which sold for $ 1.9 million and more than $ 2 million. , respectively.

“This car is like a special passport to Lamborghini’s most exclusive world,” said Reggiani.

The Essenza SCV12 has the most powerful V12 the company has ever produced, according to Lamborghini. The 6.3-liter engine is “naturally aspirated,” meaning it doesn’t have turbochargers or a supercharger, mechanical devices that force air into the engine to increase horsepower. Still, it will produce more than 818 horsepower, the company said. Reggiani claimed that mechanical air compressors like these would not have provided the kind of sound and performance that customers have come to expect from Lamborghini.

The SCV12 has an air intake that, at high speeds, produces an effect like a supercharger. The forward-facing shovel feeds air directly into the engine, so as the car goes faster, air enters the engine at increasing pressure, allowing for more power.

The Essenza SCV12 is rear-wheel drive unlike most Lamborghinis, which are all-wheel drive. It has a new six-speed transmission with steering wheel shift paddles of a type that will be used in other future Lamborghini cars. To make the car as light and compact as possible, the transmission is integrated into the car’s frame with the SCV12’s rear suspension mounted directly on the gearbox.

The SCV12 was not designed to meet worldwide road safety standards, but was designed to meet FIA regulations. The Fédération Internationale de l’Automobile oversees several car races worldwide, including Formula 1 and the World Endurance Championship that culminates in the 24 Hours of Le Mans.

Like a true race car, the SCV12 is designed so that any of the three main sections that make up the body can be quickly replaced during a pit stop. While the car can be painted in any color the customer wants, Lamborghini makes it available in a special racing-inspired paint scheme that includes sponsor logos. The rectangular car steering wheel with a built-in display screen is inspired by the steering wheels of Formula 1 cars.

The “SC” in “SCV12” means Squadra Corse, or “racing team” in Italian, which is also the name of Lamborghini’s motorsport department, founded in 2014. Ferruccio Lamborghini, who founded the company in 1963, did not want his company to participate in racing, preferring that Lamborghini focus on making cars exclusively for road use, unlike its neighbor Ferrari. Ferrucio Lamborghini sold his namesake company in 1972 and, under Volkswagen ownership today, Lamborghini cars compete in various sports car races, including Le Mans, and in Super Trophy, a series of races just for Lamborghini Huracáns.

Lamborghini Squadra Corse will take care of the cars and take care of their transportation to the tracks and help owners learn how to drive them. Essentially SCV12 owners will be treated like professional racing drivers, except they won’t compete, Lamborghini will schedule five track events a year for the first three years for SCV12 owners, one of which will come at no additional charge. Owners will be charged for any of the other four events, as well as for any additional visits they wish to organize.

This new Lamborghini ownership experience is similar to Ferrari’s Corse Client XX program. In the Ferrari program, which started with the limited edition Ferrari FXX in 2005, owners of special track-only cars can take part in driving sessions and tests with Ferrari engineers. These cars are also used to test technologies that could appear in more accessible Ferrari models in the future, such as with the new Lamborghini transmission.