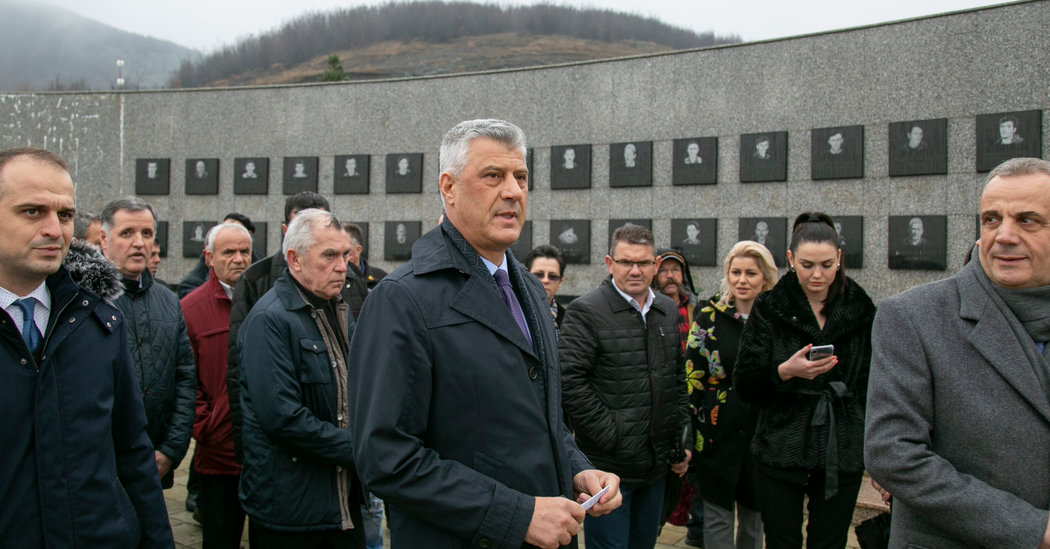 A war crimes tribunal said on Wednesday it had charged President Hashim Thaci of Kosovo and nine others for their actions during the country’s conflict with Serbia in the 1990s, accusing them of being “criminally responsible for nearly 100 murders.”

The special prosecutor’s office that investigated the conflict announced the indictment against Thaci and the others for “a variety of crimes against humanity and war crimes, including murder, enforced disappearance of persons, persecution and torture.”

Thaci is scheduled to visit the White House on Saturday alongside President Aleksandar Vucic, the president of Serbia, a meeting the United States hopes can lead to peace talks later in the year.

The Kosovo Chambers of Specialists’ charges focus on the actions of ethnic Serbs during Kosovo’s 1998-99 war of independence with Serbia, accusing them of hundreds of crimes committed against Kosovo Albanians, Serbs, Roma and other ethnic groups.

Thaci led Kosovo’s bloody guerrilla war as commander of the Kosovo Liberation Army. Western diplomats say he ordered arrests, murders and purges within the ranks of the rebel army to fend off potential rivals, charges that Thaci has firmly denied.