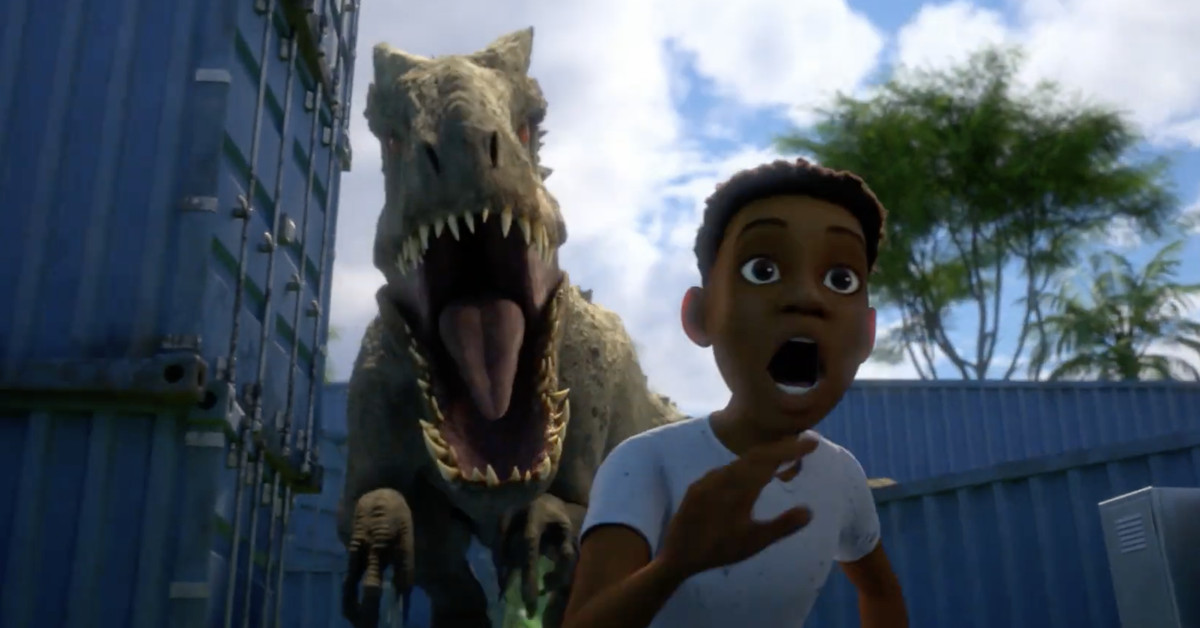 If there’s one thing we can learn from the Jurassic Park franchise, it’s that humans don’t like to hear cold hard scientific facts when it means they might be doing something fun.

All the movies follow a similar premise of people saying “wow, what if we had a theme park … but DINOSAURS” and people who spend their lives researching dinosaurs saying “Okay, but we have to make sure they are being cared for properly and that this hypothetical center is based on education and not on profit “and that the first group is like [Read at 9:46 am].

But if the movies weren’t enough to get the message across, get ready for an animated series! This time it is a group of brave teens who decide that going to an established camp in Jurassic World is a good idea.

Dinosaur camp sounds delicious in theory, but maybe not that much running since we know how these things tend to go. But kids don’t know it, so they go on zipline adventures and peaceful dinosaur watching! Except, of course, a group of dinosaurs that eat people start raiding and six teenagers must stand on their own.

In the trailer above, we see the moment when all hell breaks loose. The alarm sounds and all the children start running. Not only are carnivorous dinosaurs rampaging; two of the children are caught in an altercation with a triceratops while in a gyrosphere. It also seems that there are no adults around, how will they get out of the island?

Jurassic World: Cretaceous Camp takes place during the events of the first Jurassic World movie. It opens on Netflix on September 18.