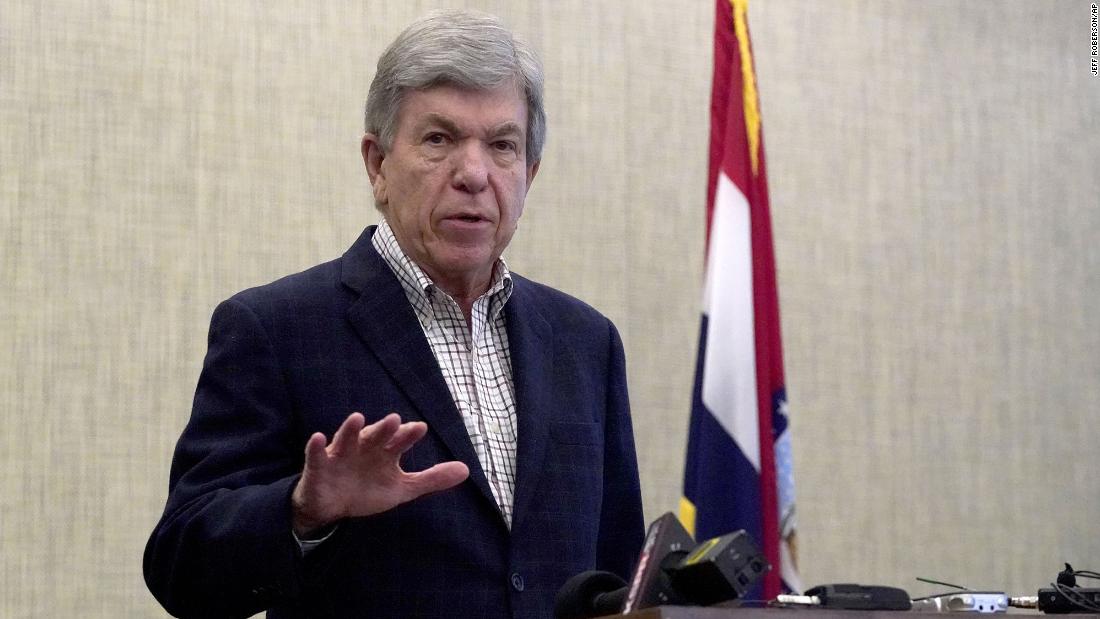 Blunt told NBC’s “Meet the Press” on Jan. 6 when a mob of former President Donald Trump supporters stormed the Capitol, “We don’t need to try and persuade or come up with alternative versions. Congress offices were vandalized, endangering the lives of then-Vice President Mike Pence and legislators.

“I think it was absolutely unacceptable and we can’t repeat this kind of thing in our country again,” he told the Missouri Republic, calling January 6 a “terrible day for America.”

Johnson falsely claimed Saturday that U.S. forces were involved in the attack. There was no violence on the Senate side of the Capitol, and earlier this month he said he “never really felt threatened” during the riots and “didn’t worry” because he believed there were riots “people who love this country, who Really respect law enforcement, will do nothing to break the law. “
Republicans in Wisconsin have denied the allegations in a statement issued Friday stating “Similar, baseless allegations concerning Russia’s intelligence have been made more than once. Johnson has also pushed for conspiracy theories that there were professional instigators inside the crowd at the Capitol – although the FBI said there was no evidence that Antinfa or other groups of left-wing instigators were not part of the mob.
Former Republican President George W. Bush Bush told the Texas Tribune he was “sick of my stomach … to see that our nation’s capital is being attacked by hostile forces.”

On Sunday, Blunt told NBC that he was “in a lot more agreement” with Bush’s view of what happened on January 6.

While talks on forming an independent 9/11-style commission to investigate the riots have stalled, Blunt, a top Republican on the St. Rules Committee, argued that Congress could “go ahead and do what needs to change” in capital security.

Blunt said only Congress has the capacity to move forward here. “That doesn’t mean I’m opposed to the commission, but clearly I believe the commission might have a reason to wait and not do the things we know we need to do right now.”

Blunt announced earlier this month that he would not seek re-election.

CNN’s Nicky Robertson and Caroline Kelly contributed to this report.