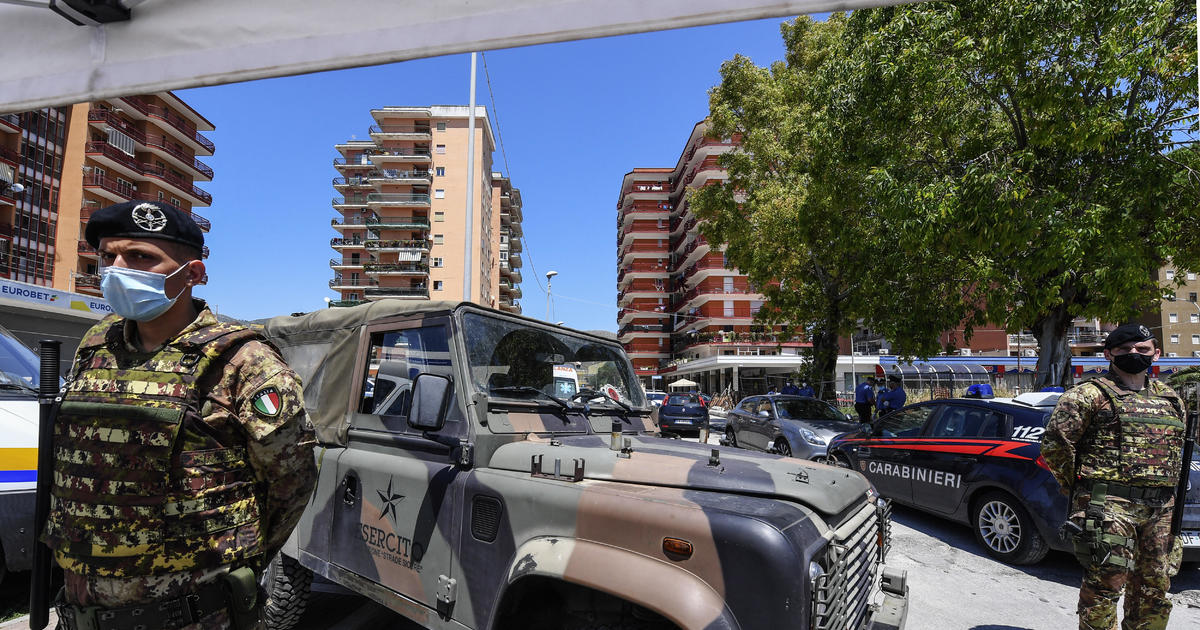 Rome – Italy has deployed soldiers to help secure a residential complex in the south of the country where 49 people have tested positive for COVID-19. the coronavirus The group in the small town of Mondragone, north of Naples, was discovered Monday among a community of Bulgarian agricultural workers living in the complex.

The regional governor declared a “red zone” around the complex, preventing residents from leaving, and fences were placed around apartment buildings to keep people inside. Still, 13 of the 49 people known to have escaped the virus through the cordon have yet to be found.

The five buildings, which house around 700 people, have been surrounded by concrete blocks and fences, and the perimeter is guarded 24 hours a day by police and now by army troops.

On Friday, the leader of the Campania region said the civil protection agency would deliver food to residents. But Governor Vincenzo De Luca insisted that the complex must be kept under “rigorous isolation”, which means that for 15 days “nobody leaves and nobody enters.”

Many of the residents are undocumented agricultural workers from Bulgaria, making it difficult for authorities to trace and trace them. Authorities fear that those who managed to flee the area may have done so to avoid losing their earnings as day laborers in the surrounding agricultural fields, which means they could spread the virus even further.

The coronavirus outbreak has exacerbated the tension between the Bulgarian seasonal worker community and the Mondragone locals.

On Thursday morning, local media reported that hundreds of Bulgarians took to the streets within the cordoned off area to protest the closure, saying they had to return to work.

An angry Italian crowd gathered in the afternoon on the perimeter of the blockade, accusing local authorities of being too lenient with Bulgarian workers.

After a Bulgarian threw a chair out of his window, the Italians threw stones backwards and smashed the windows of vehicles belonging to the Bulgarians, while chanting “We are Mondragone”.