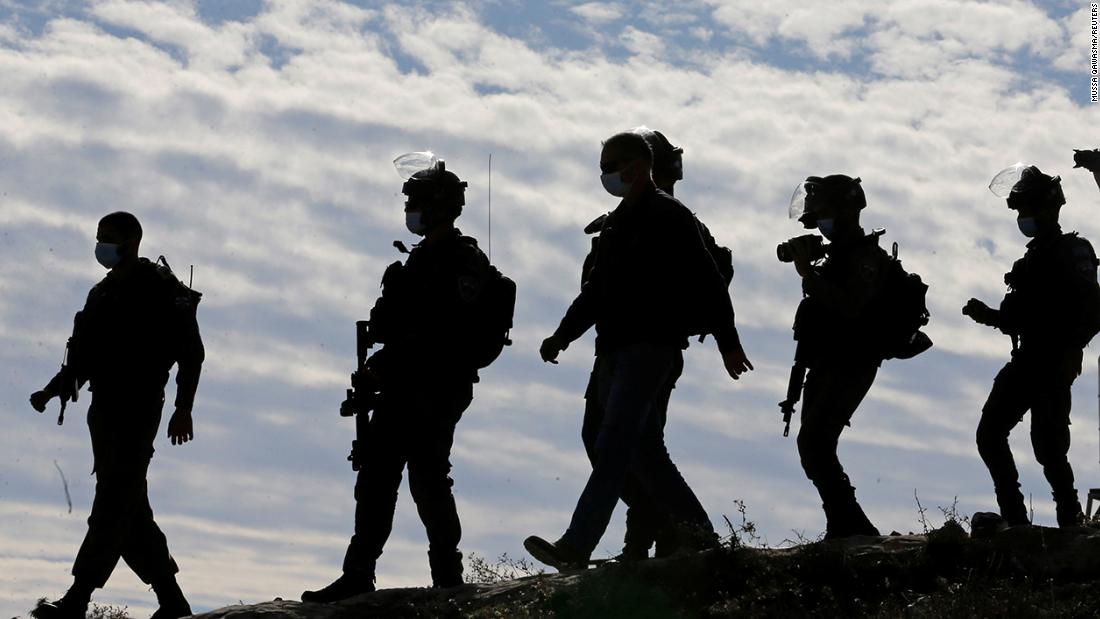 The video of the incident, which took place near Hebron in the south of the West Bank on Friday, shows 24-year-old Harun Abu Aram, along with three other men, trying to grab the generator while Israeli soldiers tried to take it away.

The altercation continues until the -f-camera, the sound of a single gun is heard, followed by a scream, before the camera proceeds to declare Abu Aram lying motionless on the ground.

The video has been widely circulated by Israeli human rights organizations and in the Israeli and Palestinian media.

In a statement, the Israeli Defense Forces (IDF) said troops were “involved in routine operations to seize and evacuate illegal buildings in the village of At-Tuvani.” The Israeli army regularly evacuates and demolishes Palestinian homes in Palestinian territories that are built without the permission of Israeli authorities.

The statement said the army was aware of reports of five Palestinians being injured in a live fire during the operation and had launched an investigation.

The military statement said the rock-throwing operation was carried out by about 150 Palestinian Palestinians, although this could not be seen in the last minute video of the incident circulating on social media.

The head of the local village committee, Mohammad Reeb, told CNN that Abu Aram’s own family home was demolished a month ago when the IDF went to evacuate his house during Friday’s operation and while he was trying to protect his neighbors’ property.

“Aaron was trying to help his neighbors get their generator back when he was shot in the back of the neck.”

A statement from the hospital where Abu Aram was being treated said he had been shot in the throat, suffered damage to his nerves and spinal cord and was paralyzed in all four limbs. The hospital added that it was only possible to breathe through the ventilator.